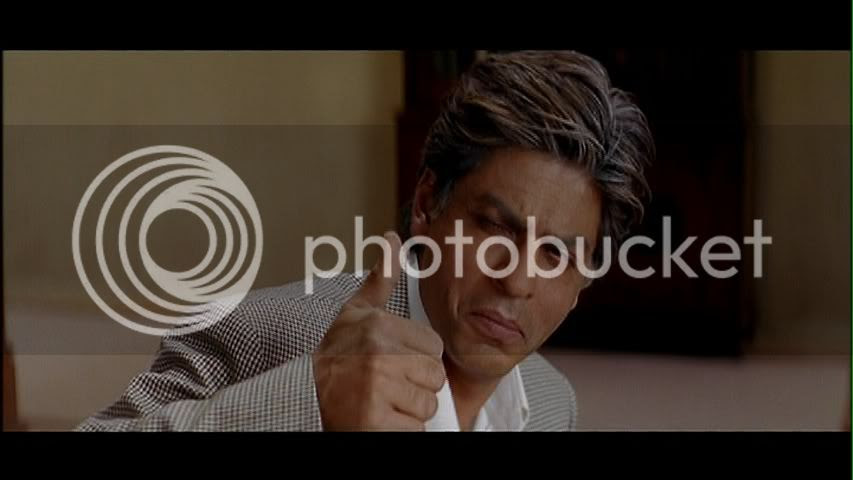 Veer-Zaara is the story of Veer (Shah Rukh Khan) and Zaara (Preity Zinta), he is Indian and she, Pakistani. Their predictably improbable romance begins when he (a rescue pilot) descends as from heaven to pull her out of the wreckage of a spectacular bus crash. She was on her way to Kiritpur, a small town in the Indian region of the Punjab, and he - also on his way deep into the heart of the Punjab - was going home for the Lodi festival. They spend a few days together, and we discover that the Punjab is apparently Elysium, full of colorfully-garbed, happy Sikhs who frolic through fields and sing. Thanks to Zaara's feisty chutzpah and Veer's look of blue steel, the two youngsters inevitably fall in love. The patriarch and matriarch of Bollywood, Amitabh Bachchan and Hema Malini, enter to give their seal of approval and a colorful song follows. And yea, all is well in the world. 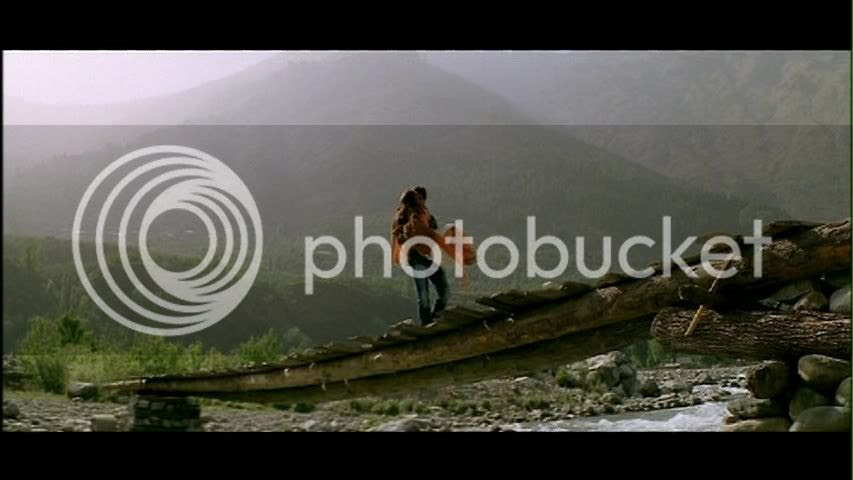 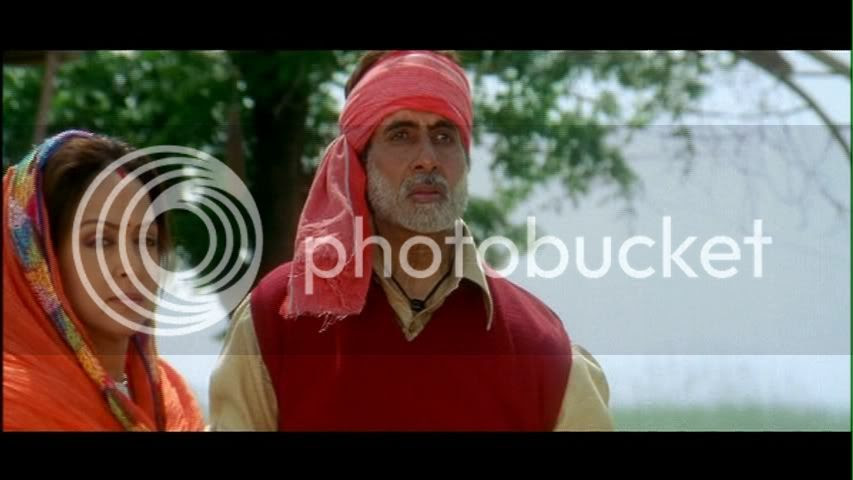 The best song! This is the best quality we could find, sorree.

Until, of course, things go awry. Zaara, the daughter of a prominent Pakistani politician, has already been promised to the son of another politician in a marriage of convenience. As her father makes clear, the entire future of the family name and his career hinges on her being a good wife to this other dude, Raza (no pressure or anything). Veer and Zaara are thus divided and, after two tearful scenes of departure accompanied by a beautifully evocative Lata Mangeshkar song, they go their separate ways - she back to Pakistan and into the arms of Raza the Frigid, and he back to India. Unsurprisingly he is stopped at the border by policemen (actually, Raza's henchmen) who accuse him of being an Indian spy. Raza steps out of the shadows to give him a choice: either deny the accusation and besmirch Zaara's spotless, virgin name, or keep your mouth shut and ensure a pleasantly uneventful life for her while you go to prison. Veer chooses the latter (what love!) and spends twenty-two years in a small, dark cell in Lahore. 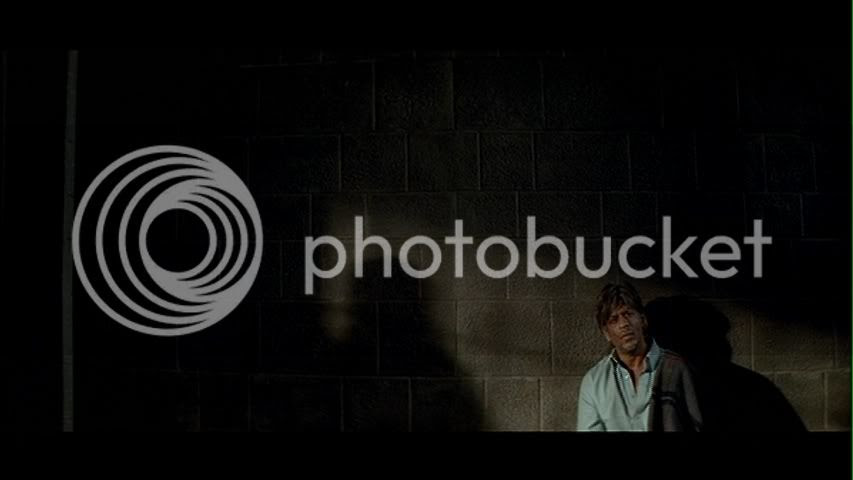 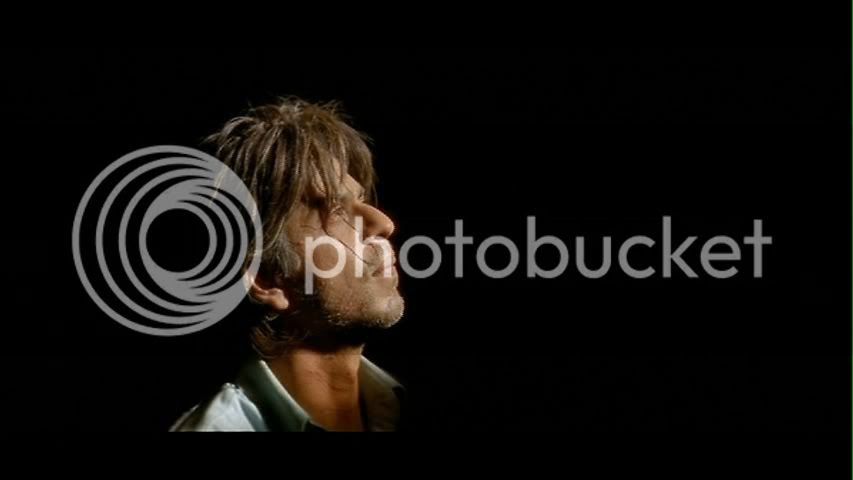 Still in prison. Can't get no haircutz.

Enter Saamiya (Rani Mukherjee), a feisty and empowered lawyer who also has the unprofessional tendency to cry during her client's sob stories. Much like the priest in Amadeus, Saamiya spends most of the film setting up the flash backs, allowing the decrepit, trembling Veer to recount his melodramatic life story. The last half-hour of the film becomes a court drama, as Saamiya manages to strike blows for women's empowerment and human rights law, all the while orchestrating the inevitable conclusion wherein the elderly Veer and Zaara are finally reunited. Oh-pah! And before you ask, yes, we cried like a big, fat baby. 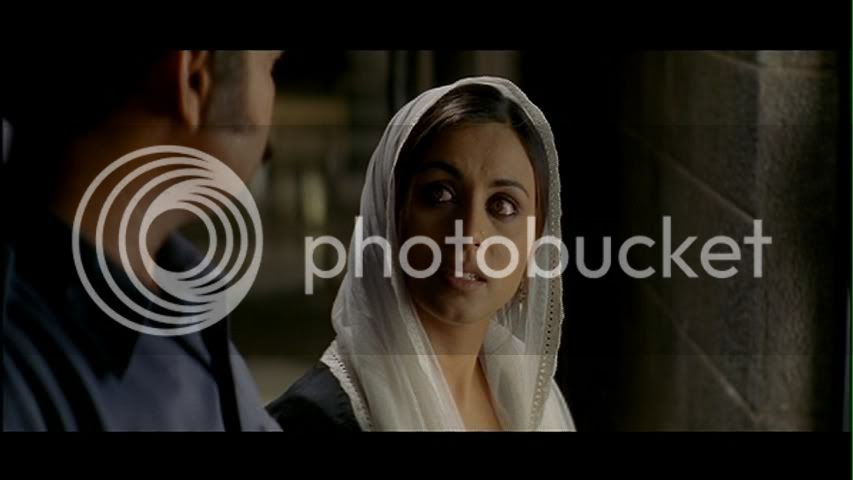 The director of this film, Yash Chopra, is known as the master of romance in Bollywood. Like Lata Mangeshkar, he's been making these films for decades and so you're guaranteed a good level of quality. A story as painfully cliché and trite as this one could have been seriously mishandled by someone else, but Chopra presents the story so efficiently and smartly that we even caught ourselves thinking, "This is the best Romeo and Juliet adaptation we've ever seen!" (It's not really an adaptation, it was just that good at what it did.)

Part of the film's success can also be attributed to the leads' charisma. We all know how magnetically charming Shah Rukh Khan can be as a young man, and how satisfyingly melodramatic he can be as an old man. Weep, my child, weep! But Preity Zinta matched and even outdid him in terms of sheer force of personality. Yay for girl power. In fact, that's where the Romeo and Juliet parallels come in - apart from the whole insta-star-cross'd lovers from the wrong sides of a divide, they also have that same mix of forceful confidence and helpless vulnerability. They are just bad-ass, 's all we're sayin'.

The music is all lovely, and the songs in the Punjab are particularly enchanting. Can such a paradise really exist?! Amitabh Bachchan brings his usual colorful booty-shaking to the role of the fun-lovin', rough-yet-kind, boozin' patriarch of rural development, and we just want to say, "Let the man dance!"

Our only criticism is the phenomenal final song, Tere Liye, is basically ruined by one, major mistake Chopra made. We're not posting it, it was so bad, but you can dare to watch it yourself. You'll see what we mean. Oy vey.

In the meantime, the best song.


The bit when the 'ghosts' sing to each lover is genius. GENIUS. 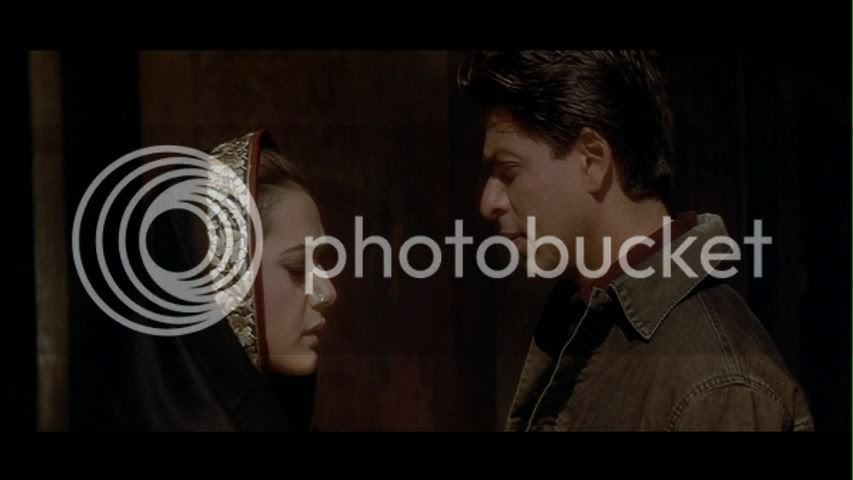 The Pakistani girl, the Indian boy.

(Oh yeah, and our favorite bit was as the credits rolled, and the elderly Veer-Zaara frolicked through the Punjab, reunited at last, with Veer looking disconcertingly like a kindly hobo. Awww. Oh yeah, again, and there's another excellent use of Sufi qawwalis during one scene; look out for it.)

Posted by a ppcc representative at 03:37

I am putty in Chopra's hands. Seriously, I am a fool for this movie. After I read this review I went back and rewatched the ending but didn't see what the mistake was! Am blind, perhaps, or blindED by lurve for the SRK/Preity jodi here. Hmmm.

someone care to fill me in on chopra's big mistake?

I'm mid-Veer-Zaara -- slightly past the intermission, and I had to take a break because I was already getting all weepified and emotionally wrought. I don't think I can take another hour! But to the point that I've watched, you're spot on.

It was a sweet and nostalgic love story, with baeutiful music from the late Madan Mohan. The only thing I felt off was the antagonistic character.