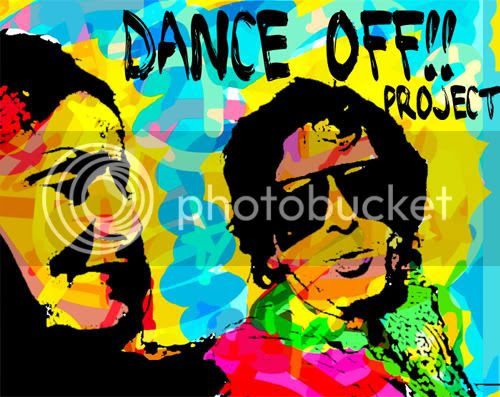 What with the Judeo-Christian-Kwanzaa holiday season fast approaching, the PPCC thought it was time to hold the next Dance Off (!!) to determine the Second Best Actor in the Universe. For those that did not catch the first round of the Dance Off (!!), the PPCC will provide a short summary:

In the right corner, Amitabh Bachchan - known by his fighting name, the Big B - prepared with a red jacket and some tight pants. In the left corner, Shashi Kapoor - known to the ladies as Shashilicious (Delicious, and Nutritious!) - smiled and winked at the ladies and threatened to make them swoon. The contest began! Amitabh shimmied. Shashi jerked his head. Amitabh wiggled his booty. Shashi wiggled his entire body like he had a spinal tic. Amitabh was declared victor both by popular and dictatorial vote.

We apologize to Shashi Kapoor fans. The PPCC is well aware that many of the readership number themselves lovers of Shashi, and we at the PPCC share this love. But we cannot deny the power of Amitabh's shoulder flexes.

For those who need reminding, the contestants are: 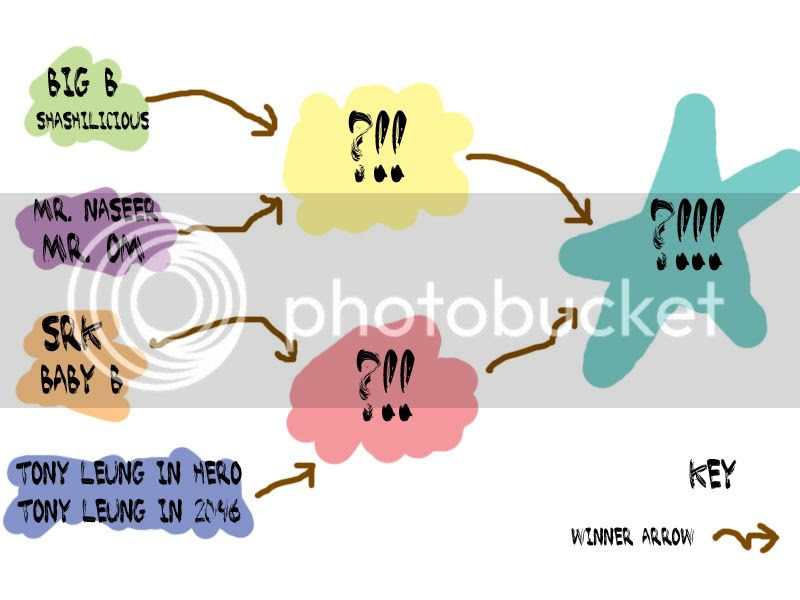 Moving on, it was with great agony that the PPCC settled upon the videos for our next two contenders. For one, the two contenders are both powerhouses of the Parallel Cinema, a genre of Indian cinema that was never known for its dancing. For two, while one of the two - Naseeruddin Shah - went on to boogy his butt in some Bollywood mainstream films of the 90s, Om Puri chose to remain in the realm of Anglo-Indian post-colonial cinema (White Teeth, My Son the Fanatic). And while we at the PPCC very much appreciate this genre, it was, again, never known for its dancing.

Naseer Sahib: Crocodile Dundee on Speed + Plagiarism
Somewhat horrific, yet oddly compelling, this was one of the first Bollywood videos the PPCC ever saw. And it has burrowed itself into a special corner of our heart. Much of the appeal is driven by Naseer's sheer energy. Dammit, the man wanted to do Bollywood, so he damn done did Bollywood!

This was no half-hearted attempt, no coy beginning. Check out that hopping, that writhing! Hot damn.

Om ji: Not actually dancing
OK, so he's not actually dancing. We couldn't find any videos where he was dancing. That said, the PPCC still thinks he should be in the running for Second Best. Especially since Om ji has such a dour look about him, and that severity can be so well-used for humor. This HSBC advert being a particularly good example. Hence we are temporarily substituting comedy for dance.

READERSHIP OF THE PPCC: It is up to YOU to decide who moves forward in this glorious crusade and who has the challenge of facing up to Amitabh Bachchan in the quarter-finals. As citizens of the PPCC, you have a citizenly obligation to vote, and you can do so via the poll on your right.
Posted by a ppcc representative at 01:39

The dictatorship rears its ugly head. Another completely unfair contest.

NShah gets my vote. No question. Even taking into consideration all that I have seen these two actors do that might be considered choreographed, he'd still win handily.

I was going to do like the two of you and vote for Naseer too (exuberant dancing! gratuitous eyebrow wiggles! so uncharacteristic and adorable), but the last split second of that Om advert just won me over. The look on his face; his very Om-ness.