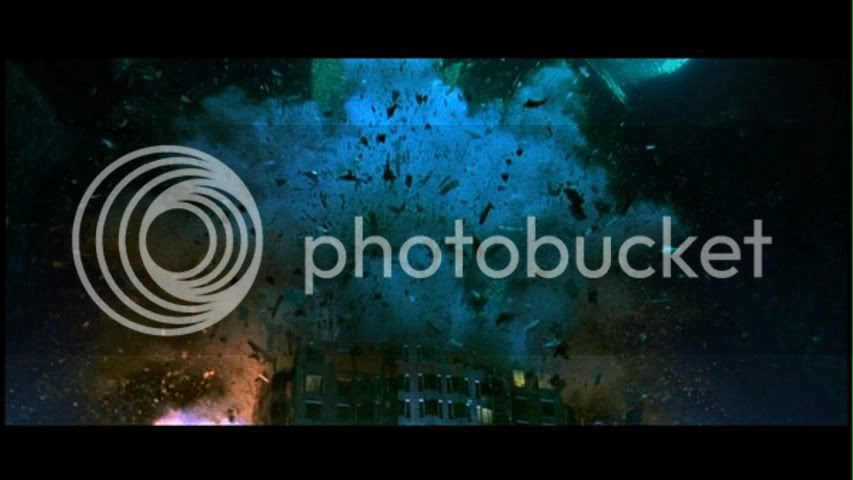 For an American movie celebrating an American holiday, Independence Day is surprisingly multicultural. Sure, this multiculturalism is mostly limited to American melting pot-ism, but there are some well-intended attempts at including the rest of the world too. As Bill Pullman's Mr. President assures us,


the Fourth of July will no longer be known as an American holiday, but as the day the world declared in one voice: 'We will not go quietly into the night!' We will not vanish without a fight! We're going to live on! We're going to survive! Today we celebrate our Independence Day!

Or just watch it.

As enjoyable as brotherhood-of-man disaster movies can be, Independence Day also has a little something extra: The Jeff. 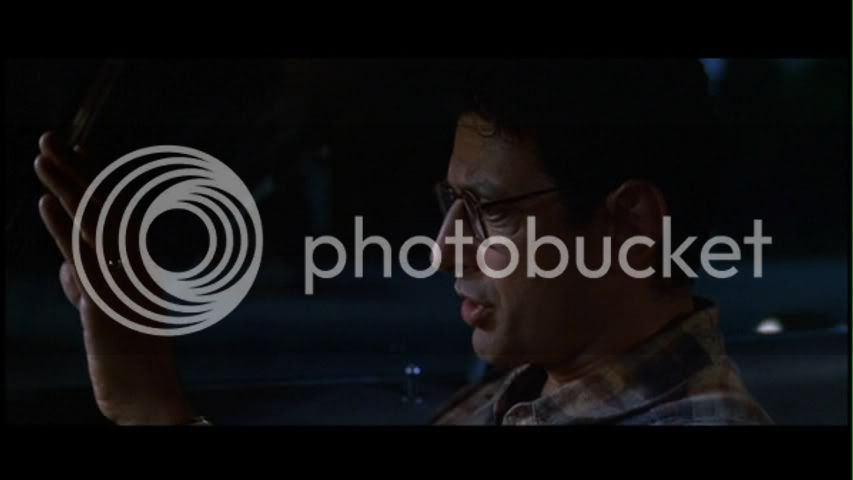 Yes! Yes, PPCC Readership, yes, in the PPCC's third installment of the Evil Mainstream series, we are once again in the capable hands of Jeff Goldblum. Here we can marvel at the usual bottle-cap glasses of Jeff, the particularly Jeffish way he reads his lines ("...uh....yes."), and, of course, the haircut! Everything, in all its Jeffly glory!

However, once again, the PPCC is called the PPCC, not the PPJeff. So what about the movie? 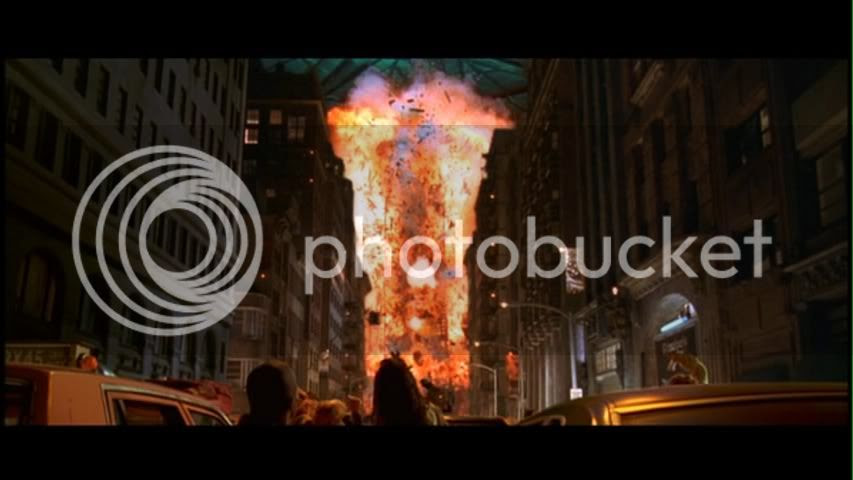 The film opens efficiently. A great shadow is cast over the moon, and a scene later, scientists in that satellite dish field (featured prominently in the wonderful Contact) pick up a Signal. As is common to films of this type, the Signal is not just a signal but a Signal. And it is quickly discovered to be emanating from a large alien spaceship which is making its way deliberately towards Earth. As the aliens loom ever closer, we are introduced to a wide cast of characters, spanning several major ethno-cultural groups of America: the WASPish President Wittmore (Bill Pullman), African-American Steve (Will Smith) and his girlfriend Jasmine (Vivica Fox), Jewish math whiz David (The Jeff) and his father (Judd Hirsch), and finally Vietnam veteran and alcoholic Russell (Randy Quaid) and his three Latino children.

Much excitement ensues as each character faces the alien attack in their own special way: some escaping Washington DC by Air Force One, some New Mexico by trailer home, and some Manhattan by bicycle. There are the iconic scenes of the Empire State Building and the White House exploding as a great alien beam of evil alienness is cast into them. People scream and flee for their lives. Buildings crumple and crunch and snap. It's all very satisfying in the usual disaster movie way. 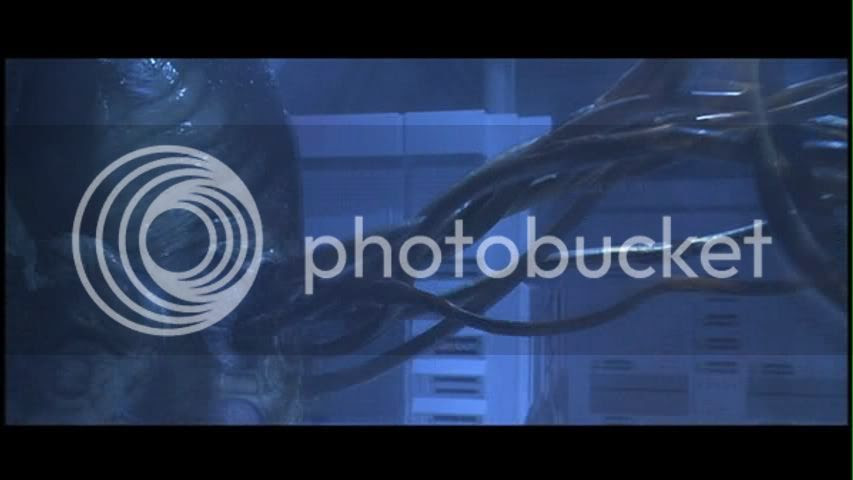 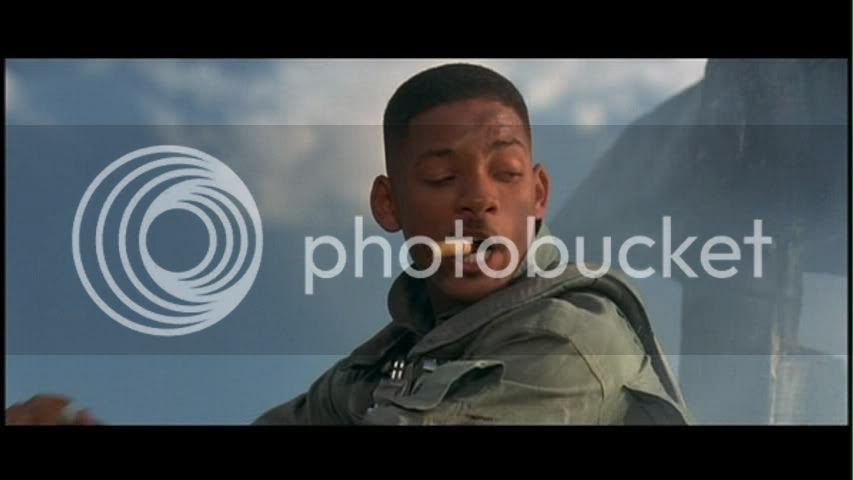 Raaaah! Will Smith kickin' it in a jump suit! PEACE!

But what's even more satisfying is the even weight given to each character's subplot and each character's role in the inevitable human victory over the aliens. A whole spectrum of American society is presented. Sure, we could argue that the ethno-cultural groups are all superficial stereotypes: the anxious Jewish father who might greet the aliens with an Oy vey!, the African-American brother yelling Peace! to the alien leader, the President's daughter's Victorian-era doll dresses (honestly, though, who dresses their children like that?). The non-Americans fare a little worse, as usual: jolly old chap British RAF pilots, highly ruralized Zulu warriors emerging from the bush to prod a spaceship with their walking sticks. But the message is genuine: humanity is united in the face of an external threat. It is also uplifting, in that few characters have faults or problems that last through the alien invasion: Randy Quaid's alcoholic good-for-nothing heroically redeems himself and earns his children's pride, the Jeff's 3-year rift with his ex-wife is healed, Will Smith marries his stripper girlfriend (social sanctions be damned). And yea, all is well on planet Earth. 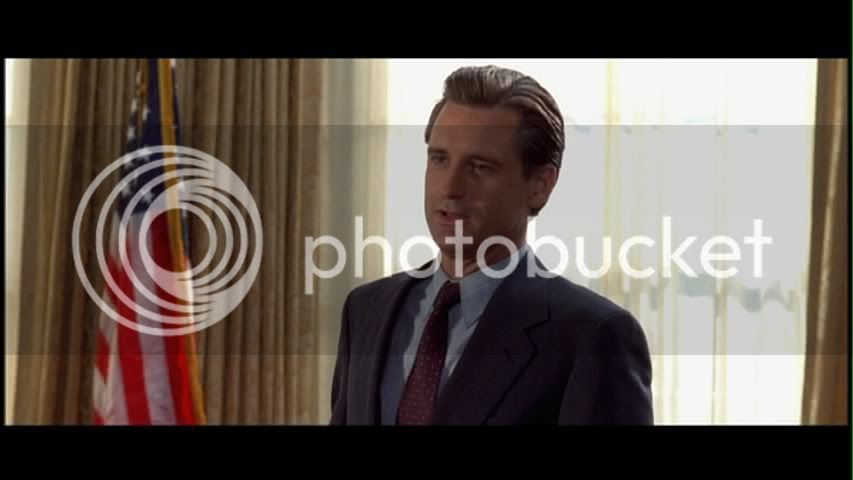 Raaaaah! Steely-eyed President Pullman with his steely-eyed glare of STEEL!

The film's presentation is classic sci-fi B-movie. Everyone either plays their celebrity persona (the Jeff as the Jeff, Will Smith as Will Smith), or else a caricature of a comic book hero (Bill Pullman). The music is unexceptional, and the cinematography is standard. In fact, one scene - where the tidal wave of fire is pouring through the Manhattan streets - has the exact same perspective as a similar scene in the recent War of the Worlds, another classic alien invasion film. Indeed the film is fairly pedestrian in terms of craft, but, oh, it's just so fun when those aliens crawl into the airspace. For this reason - and the PPCC weighs entertainment value equal with intellectual stimulation - we recommend this movie in all its popcorn-blitz glory. 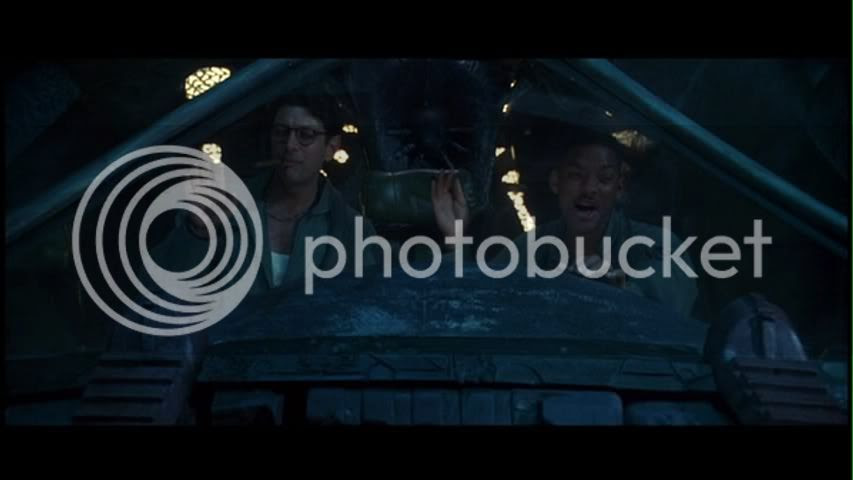 Raaaaah! Thank you, come again!
Posted by a ppcc representative at 22:00

I moved to Canada right after this movie came out - coincidentally, not in protest - and got non-stop snarky comments about it from my adopted compatriots.

I hate when this movie is playing on tv - if I happen to flip to it I can just say goodbye to the next 2 hours. This thing was villified by the critics but is just perfect mindless B-movie escapism at it's finest. Mary McDonnell (kicking alien ass on her as THE president of these United States on the woefully underwatched 'Battlestar Galactica') cannot be forgotten as having the most gentle death scene in recent cinematic memory.

And of course who can forget Will Smith walking through the desert...

"Y'know, this was supposed to be my weekend off. But noooo. You got me out here, draggin' your heavy ass, through the burnin' desert, with your dreadlocks sticking out the back of my parachute. You gotta come down here with an attitude, actin' all big and bad… and WHAT THE HELL IS THAT SMELL?! [screams and kicks the alien] I could've been at a BARBECUE! But I ain't mad."

I know this is a total popcorn movie, like you said, but, dude, I LOVE it. It's like Fruity Pebbles for the brain--you know it's so bad for you but all the pretty colors keep you spooning it down.

I disagree with you, ppcc. This film is a fictional evidence of American patriotism bordering bigotry, and the only way it is "multicultarism" is that they briefly show people in other nations. The characters, particularly the protagonists, also convey racial stereotypes - there's a nerdy male American Jewish scientist, an athletic male African-American soldier working under the command of a White Anglo-Saxon Protestant president. The personal backgrounds of each protagonist is also quite racially stereotypical, such as the president's nuclear family and the fornicating African-American hero's relationship with a stripper who has a child from a previous relationship. The film also unrealistically shows not only how some countries are dependent on the US, but also that the US are in command and that they're saviours of the battle, despite other countries working alongside them. Of course, since it's a film made in USA, it would therefore portray their own country in a biased manner like many other Hollywood films (Three Kings etc). I would like to see more Hollywood films in the style of Clint Eastwood's directorial films - perhaps like his films, internationally co-producing a film may help to add a sense of realism to it. I still really like Independence Day though - a great form of escapism!

Loved this movie - it was the first disaster/sci-fi movie I saw on the big screen. :-)

And, popcorn movie or not - this one has the distinction of being the only sci-fi movie to be reviewed in the scientific journal Nature! (You need a subscription to Nature to read the article, but most institutional libraries should give you access)

Will Smith is oh so amazing here!
The scene that scarred me for life was where they showed Indians praying to (or at least in front of) the Taj Mahal- rofl- which is hilarious, since as far as I know, one wouldnt pray to a tomb :)

Memsaab - Bill Pullman is actually made of steel in this film.

Beth - Awww! No one should take trash talk re: Independence Day. It's so much fun!

Sanket - OMG, YES, that is the best dialogue. Will is absolutely hilarious in this. And ironically (given the B-movie category this is in), I agree that Mary McDonnell's death scene was oddly powerful. I forgot all about it until rewatching the movie recently, and then was like, whoa.

Ajnabi - Fruity pebbles for the brain, HA! Love it.

Rooky, UK - Welcome! Yeah, you make very good points, I noticed those things as well. I think the only reason(s) I consider the film's subtext overall positive rather than negative is:
(1) It's really fun, so maybe I'm blinded by how much fun it is?
(2) None of the stereotypes seem to be teased. Rather, if it's possible, I always see everyone as fairly endearingly presented. You could argue that stereotypes are, by definition, offensive. But I would say that the stereotypes in this film are as benevolent as possible - things like Jeff's Dad's "typical Jewish" neurosis, and Will Smith's "typical African-American" saucy tough-guy-ness - are not ridiculed or undermined, per se, but rather they are used to gain our affections.
(3) Everyone, from every background, plays a critical role in killing the aliens. I think it would have been more offensive if President White Guy just saved everyone's ass, or if, as the joke goes, Will Smith died first.

But I completely agree re: USA ethnocentrism. That's unfortunately a big problem of Hollywood movies generally, it seems!

Anyway, thanks for the comment! The PPCC needs more dissenting voices, or else we'll never learn.

Bollyviewer - I remember being squeezed in by two large strange men in the theatre when I saw this movie. The theatre was so packed, I had to split up from my friends! This was in an academic journal!? I can't access the article; what's it about?

Shweta - OMG, why don't I remember this scene? The whole montage of "but what are the Others up to?" was generally offensive (the African tribes rattling their walking sticks at the aliens?!).

Agreed that Will Smith makes up like 90% reason to watch this movie (the Jeff makes up the remaining 90%).

I agree with you Rooky..
Todd DiRoberto
http://www.newsguide.us/art-entertainment/movies/Todd-DiRoberto-of-American-Satellite-Hosts-Independence-Day-Charity-Event-for-Operation-Bigs/