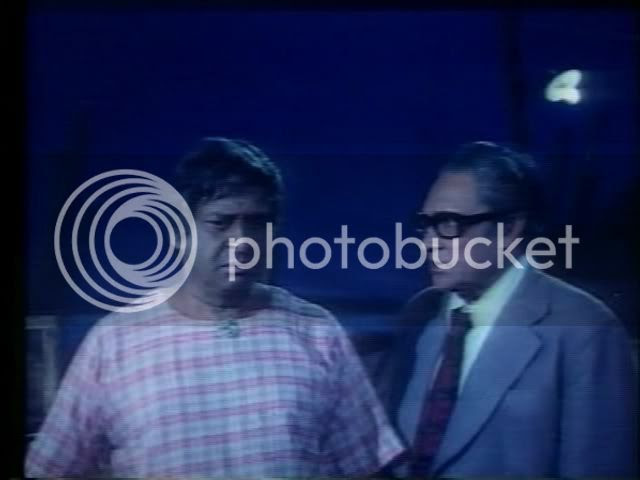 Do Musafir, a satisfying masala melodrama, does nothing wrong. That's not to say that it's particularly special either - resembling, as it does, several other movies, and maintaining an altogether difficult emotional tone, even when in the guise of zany masala tropes. It's altogether solid and enjoyable, but we wouldn't call this genre-defining or particularly uplifting. 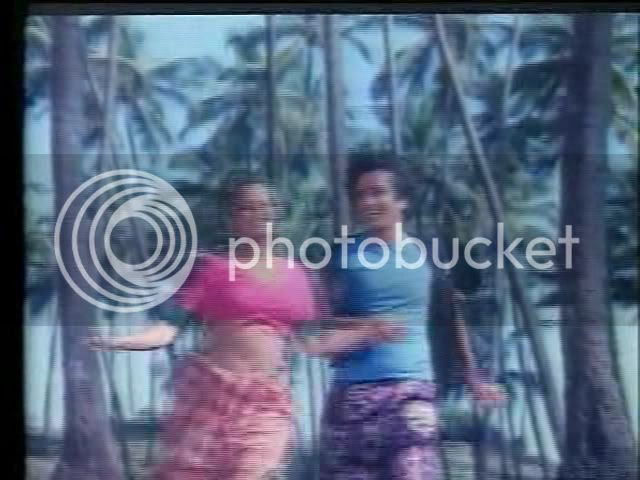 Delirious romance among the coconuts, whoopee! 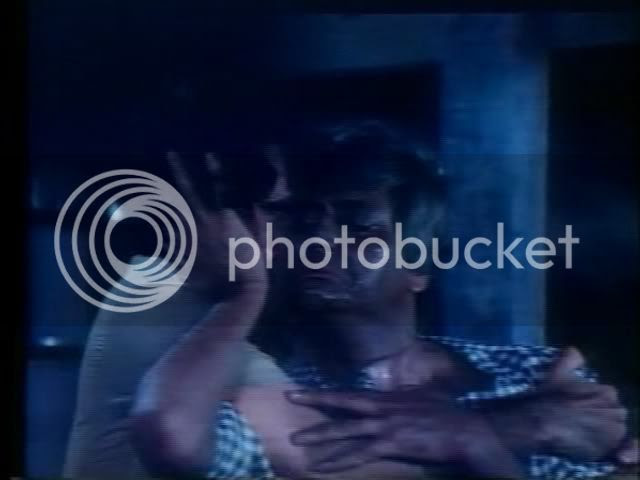 In many ways, this film is to fathers and sons what Duniya Meri Jeb Mein was to brothers. Both films use the masala mold to teach us moral lessons about the ties that bind, and both films are generally downers. Do Musafir is, thankfully, less of a downer than Duniya Meri Jeb Mein, mostly because instead of revenge, we have obstacle-free (yes!) romance!

But from the initial set-up of Do Musafir, you know that it's not going to end well: Kailash Babu (Ashok Kumar) is a wealthy industrial and single father. His only son, Vicky (the dreadful Master Bittoo, bane of child actors and the PPCC), is his joy and life. One day, Kailash and Vicky go on a father-son fishing trip, and it's all fun and games until Vicky falls off the boat and is lost at sea. Kailash, assuming Vicky drowned, begins to drown himself in whiskey. (You'll start noticing this film is chock full of parallels. Which is nice.)

Vicky washes up on the Keralan shore (woohoo! new region!) and is promptly picked up by Shambhu (PRAN!!! OMG!!!) and the missus. These simple fisher folk have been praying for a son, and cannot resist keeping Vicky and raising him as their own. Sound Shakespearean enough for you? Vicky quickly grows up into Raju (our beloved Shashi Kapoor), who is, as usual, impossibly adorable and charismatic. With his coy playfulness and incredible studliness, not only his family - but everyone in the village - has got a serious, heart-melting crush on Shashi. So scrumptious! 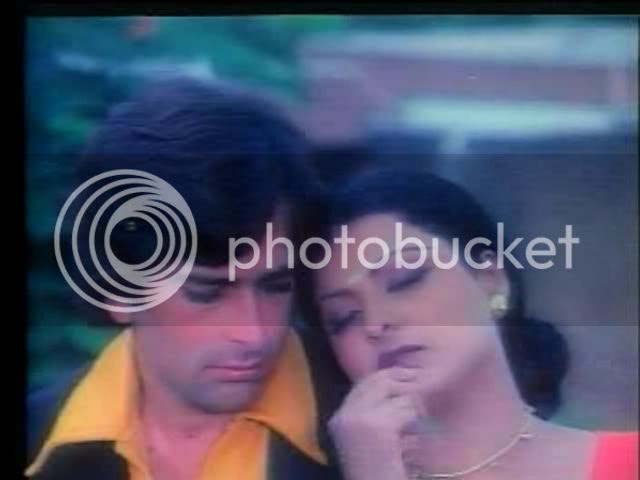 And it's all squishy hearts, coconut milk and fishing in the first half, especially when Bijli (which means "electricity", doesn't it? played by Rekha) shows up and the suitably gorgeous Shashi-Rekha jodi fires up. After a couple songs romping down the Keralan canals and up the palm trees, Rekha moves to the city and Raju, dragging his father along, follows her.

Once there, it is time for the Hindi Movie Irony. Kailash, who now spends his evenings getting drunk in bars, picking up young men and inviting them to bed (yes, really), one evening picks up Shashi and drags him to his bedroom, beckoning him to tuck him in, as a son would a (totally smashed?) father. While most young men take advantage of Kailash, who usually drunkenly insists that they take "what is yours, son" (i.e. his wallet and watch), squeaky clean Raju is, instead, touched and gently pitying. He returns the next morning with Kailash's things and Kailash, marvelling at his honesty, hires him on the spot. And who else works in Kailash's factory? Yes, love interest Bijli! So convenient! 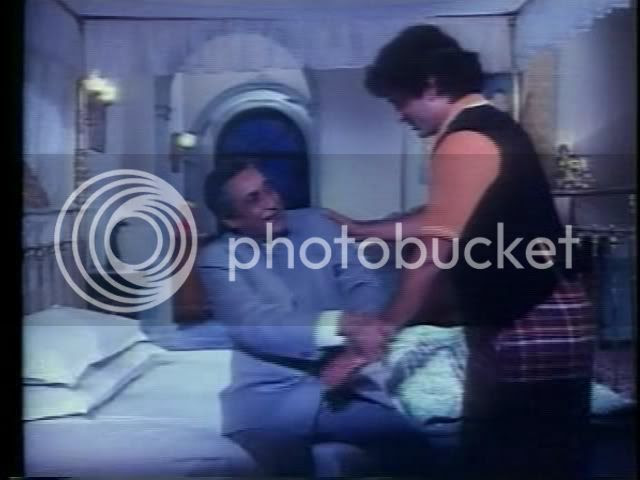 Shashi's rays of goodness, brightening Ashok Kumar's world of pain. Can Shashi do wrong in this film? The answer is no.

So now we have two very sympathetic father figures, played with emotional honesty by Ashok Kumar and Pran. How can this possibly be reconciled? Maybe Shashi can have two Dads? Alas, things can't end well for everyone, and the introduction of our stock Masala Villain (Prem Chopra, in a leering, hilarious role) makes sure of that. Woe.

So what's good about Do Musafir? 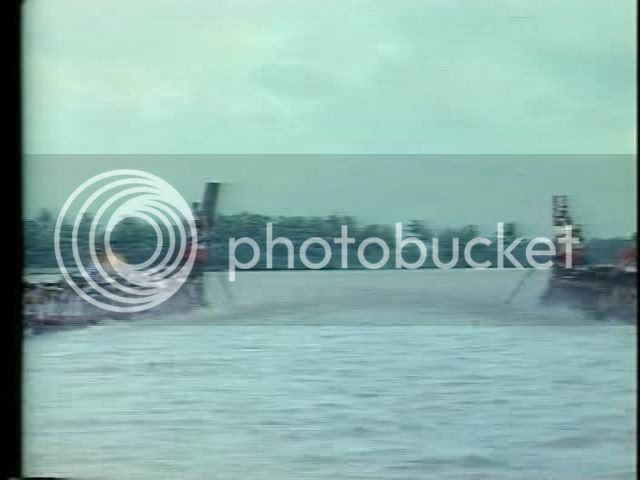 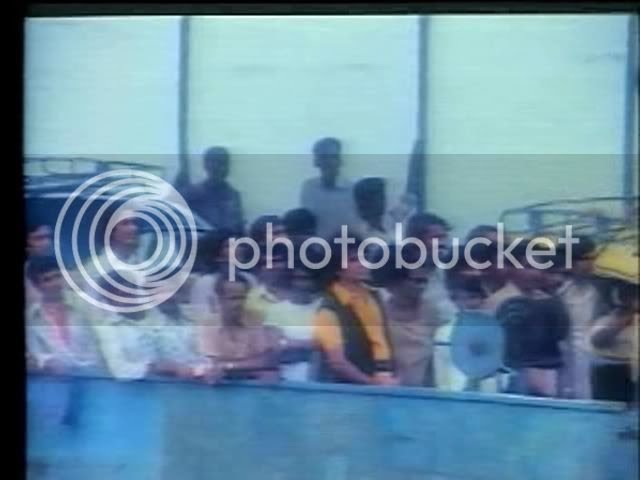 Shashi bumming it on the ferry from the village.

This was a film that, unexpectedly, didn't rely on the romance or the villain to propel it forward (somewhat to the detriment of Rekha, who didn't have as much to do in the second act), but instead focused solely on the tension between the desire to have a son and a father. The film made no attempts to modernize or quirkify this classical story, but instead maintained such timeworn staples as the contrast between the rich, city father and the poor, peasant father, or Shashi's offer to tear himself in half so they can share him.

All in all, a gushy, goopy film. At times, it threatened to become almost too saccharine, and we wished Shashi would stop being so sympathetic and kick some dishoomy butt. But hey, "too fluffily pure" is hardly a big indictment, and our only real criticism was that it was terrible to watch our beloved trio, the poor Pran-Ashok-Shashi jodi, stuck in such a zero-sum game.
Posted by a ppcc representative at 15:27

This one I abandoned half-way through because the print was super bad - couldnt see Shashi's face clearly, so there was no point in watching! Doesnt seem like yours was any better. How does it end? Does one of the fathers die?

Have you considered what you're letting yourself in for when you embark upon "watching his entire catalog (our life goal) "? You'll never run out of movies and your bank balance will complain loudly!

By the way I recently came across Bhawana Somaaya's articles on our favorite #1 (part1 and part2) - I dont think I'll ever look at his curls in quite the same way again!

Man, I really would have loved to have a Shashi crush myself. What is wrong with me that I'm completely immune to his charms?

Back with a zing, you are! I want to see this if only for Pran!!!! and Ashok Kumar!!!! I love them wholeheartedly. Plus, Kerala is so beautiful (I was lucky enough to go there once) and it would be nice to have a change of scenery....

My country for quality prints of old Bollywood films!

This one sounds right up my alley...but the bad film quality...

*sigh* The things I go through for my Pran fix. :D

I was going to see this looks good, only that is probably the wrong choice of verb. It definetely has me interested. And the quality doesn't look worse than what you get on Vcd.

As for "Watching his entire catalog"; have you considered drawing a line somewhere around 1982? Or going for only very selective viewing after that date. He did some rather dire movies in the eighties and early nineties.