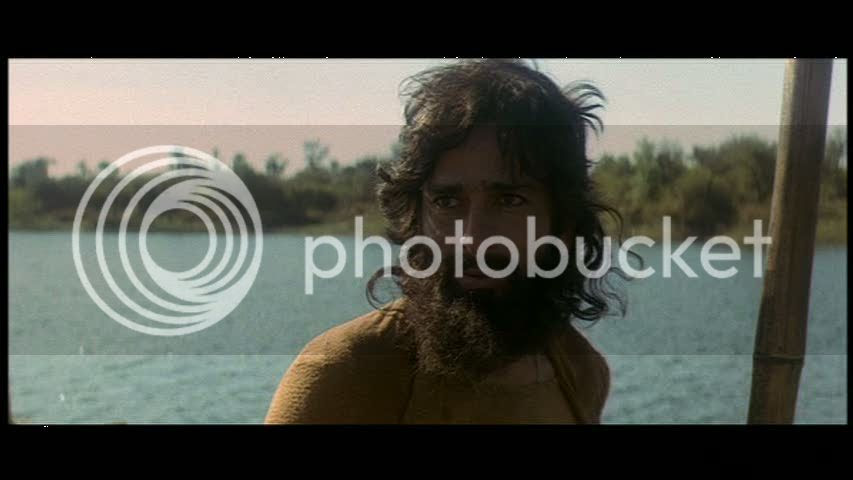 The prodigal Shashi has returned!

It's Buddhist Film Festival for an Indeterminate Time Period here at the PPCC! So basically, readers, the PPCC was all up in McLeod Ganj recently, soaking in the Buddhist vibes and learning more about Tibetan cuisine culture (okay, side note, but tsampa is like Tibet's gift to the world). While there, we took advantage of engaging in a little DVD buying splurge, and ended up trucking home a number of dharma and quasi-dharma titles - including the one, the only, the long-sought-for, Siddhartha! YES. WE FINALLY HAVE A COPY.

And then there's a thin guy called Siddhartha, who started it all. And it's not 'Sid Arthur' like an East End of London (does accent) "'Ello, Sid Arthur 'ere. Apples and pears, dog and bone, the middle way, that's what I think. Wotcher want? Couple a pound of raspberries? No problem, there you go. Buddhism: take it or leave it."
- Eddie Izzard

WHO IS SIDDHARTHA/THE HISTORICAL BUDDHA? A PPCC CLASSROOM INITIATIVE


First of all: the historical legend of Prince Siddhartha Gautama goes like this: Once 2500 years ago, there was a prince named Siddhartha. He was born and lived in what is now Bihar or Nepal (we're not sure). Anyway, the kingdom was called Kapilavastu. At birth, he was predicted to become either a great king or a great spiritual teacher. Siddhartha's father, Sudhodhana (a great king), was hoping for the great king part. To ensure Siddhartha's great kingliness, he metaphorically locked his son up in a golden cage where only beauty and awesomeness could reside. Thus Siddhartha lived into his twenties not knowing about anything (or, at least, anything that sucked).

But he was not satisfied with this arrangement! Under cover of night, accompanied by a servant, and against his father's wishes, he ventured out into the great wide world beyond his palace walls. There, he was confronted with: a sick person, an old person, a dead person. All new for him! Siddhartha was appalled that human life was guaranteed to have such suffering - who wants to grow old and die?! - and he brooded over ways out of this existential pickle. He decided on the spiritual path and, leaving his wife and infant son behind, embarked on a spiritual journey which would end with his Enlightenment, the spread of Buddhism, and his family reunited again.

For six years, he lived as an ascetic - wasting away to skin and bones, probing the philosophies of the rishis he met, and generally trying it all out. After six years, he realized this ascetism wasn't getting him anywhere, and he accepted - to the shock and horror of his six (?) rishi companions - a bowl of curd (or was it rice?) from a village girl passing through. He then resolved to find his own way to spiritual awakening. Sitting down under the what-is-now-legendary bodhi tree, he vowed not to get up until he had achieved Enlightenment. That night, the forces of Mara - a demon representing the roller coaster of desire - attacked him, but Siddhartha was very chill and hardly cared. Eventually, Siddhartha achieved Enlightenment. He opened his eyes and saw: the full moon! This became Vesak, an important Buddhist holiday celebrated during May's full moon.

Siddhartha, who would now be called the Buddha (or, Enlightened One), thought this was great, but hesitated about sharing his newfound wisdom with the rest of humanity. Just then, Brahma (as in, THE Brahma) came down from heaven - or wherever it is Brahma hangs out nowadays (?) - and told Siddhartha/Buddha that he totally needs to tell everyone because, as he put it (I think?), there are people "with only a little dust" in their eyes. So Siddhartha/Buddha started teaching, and wandered around the Gangetic plain spreading his ideas, and then died, leaving the cycle of rebirth entirely.

So that's all great. And that's all legend and religious fiction, in our opinion. What we know of Siddhartha and Buddhism was written down 200-300 years after he died, and is now compiled in the Pali Canon. For a slightly more historical take on Siddhartha's life, you can read Pankaj Mishra's An End to Suffering (very blah) or Osamu Tezuka's 8-part manga series Buddha (very amazing!) or the Pali Canon (very encyclopedic - it covers everything). What you should definitely not do... is watch Conrad Rooks' Siddhartha.

Or, for that matter, read Herman Hesse's book, on which the film is based.

That's because Hesse (and Rooks, by default) wasn't interested in (1) a historically authentic, or (2) an according-to-legend portrayal of Siddhartha. Instead, he reinvents the story in an attempt to synthesize what struck him about Buddhism and Hinduism - both of which, by most accounts, he deeply respected. The result is a bit of a mash-up of the two (which, as Buddhists, we doth protest! but more on that some other time) in a kinda New Agey kinda Euro-centric thing. The film, which sticks pretty close to the book, is likewise vague and a little Orientalist.

In the film, Siddhartha (Shashi Kapoor) is a young, scrappy Brahmin, impatient with the spiritual sluggishness of his current lifestyle. With his friend, Govinda (Romesh Sharma), he defies his conservative father (Amrik Singh) and goes off to join the nearest group of wandering ascetics. 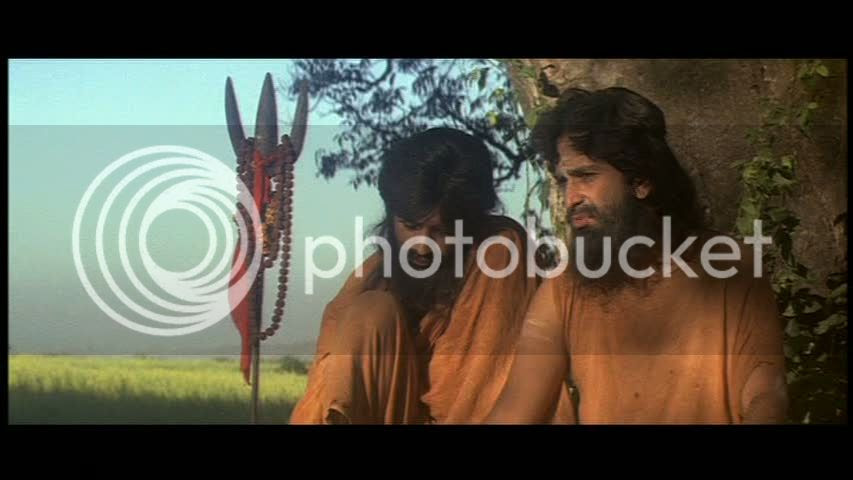 Govinda and Siddhartha, hanging with their new crowd.

Things take a sharp left turn when Siddhartha hears a teaching by the Buddha (!) - never shown on camera, hence enhancing his remotely divine vibe. Govinda is immediately convinced and signs up. Siddhartha, ever the skeptic, is... well, skeptical, and he tells the Buddha that, okay, that all sounds great, but he doesn't want to take some teacher's word for it - even if the teacher seems great and it's all very logical. He says he wants to figure out a spiritual path for himself. This is, actually, a very Buddhist thing to do, so well done there. The Buddha offers Siddhartha a flower and wishes him good luck.

Interlude: Siddhartha takes a ferry with a very nice boatman who talks philosophy.

Act Two. Siddhartha shows up in the nearest bustling town and is immediately smitten by the courtesan/noblewoman/Representative Vagina, Kamala (Simi Garewal). He approaches her, but she totally doesn't go for his rishi robes. So he shaves, oils his hair, and tries again - and she tells him that maybe, if he gets a job, they can date. But what employable skills does Siddhartha have? (We LOVE this line!) "I can think. I can wait. I can fast." 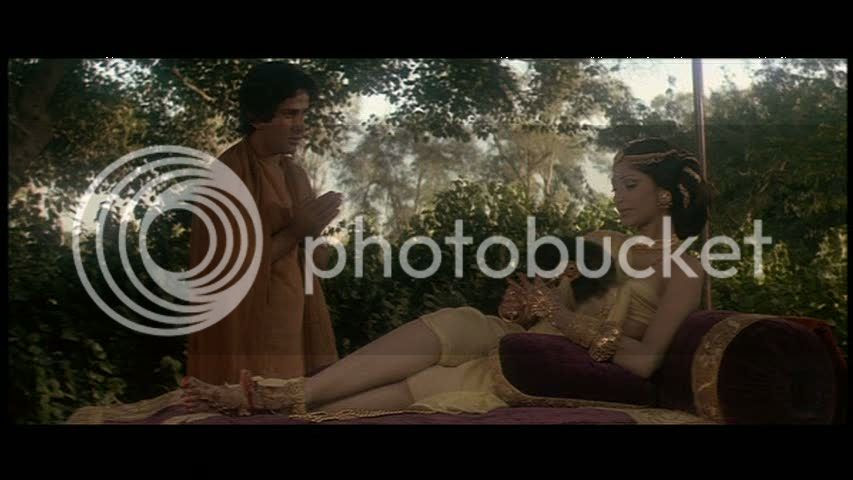 Ah, a woman! Will she offer some insights about the spiritual path? 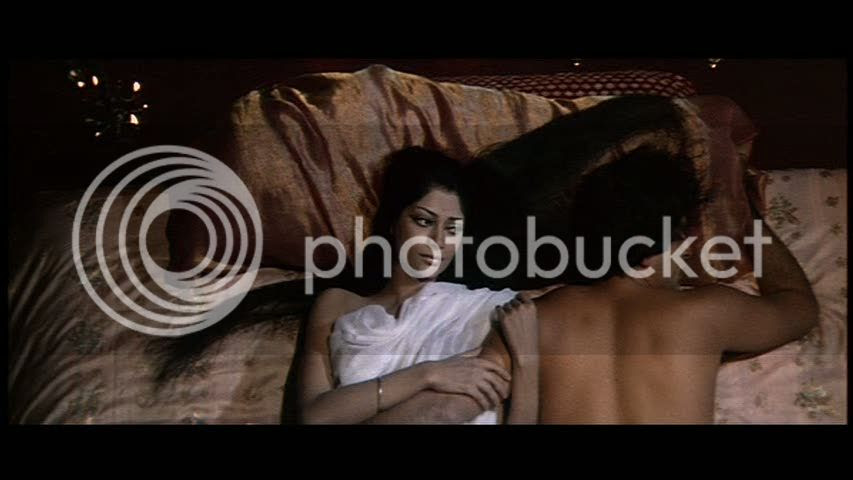 Only in the bedroom!!

He is also literate, thanks to his Brahminly heritage. So a local merchant, Kamaswamy (Pincho Kapoor), hires him as an accountant and, together, they make millions! Siddhartha's life is suddenly full of inflation, payments pending, inventories and other material stuff. And, yes, both his new friends have "kama-" as the root to their names. "Kama" as in the Hindu concept of kama - the same kama making appearances in kamana ("to earn") and Kama Sutra. Insert one infamously awkward sex scene here.

Interlude: Siddhartha is now old, fat and grumpy. Being materialistic sucks! He sires a son and flees to the river.

Act Three. After convincing the philosopher-boatman to apprentice him in all things watery and deep, Siddhartha sheds his fancy silks for plain cotton, grows out his beard and meditates on the Now while ferrying people across the river, Provider of Many Metaphors. Eventually, Kamala and their son, Hassan (Kunal Kapoor, Shashi's real-life son), arrive to hear the Buddha's final teaching... 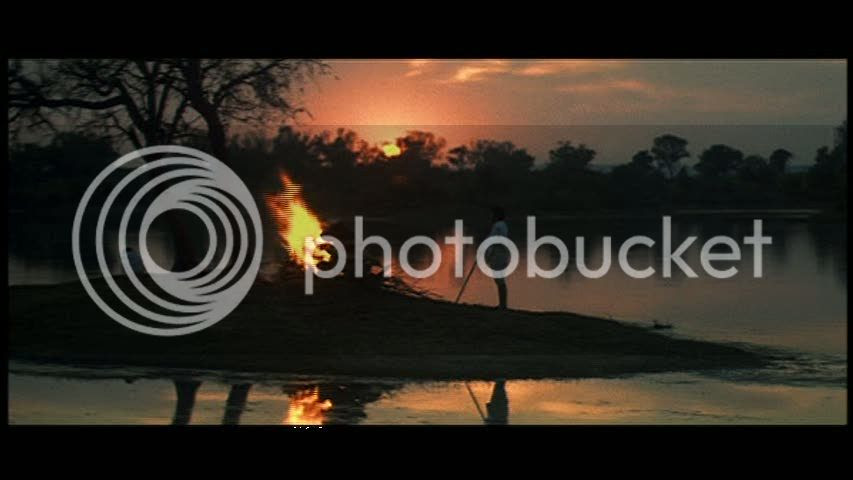 Beautiful cinematography makes up for a lot of vacuity.


From a Buddhist perspective, this film touches on several ideas which could easily fit into the standard Buddhist philosophy - the wisdom of accepting impermanence, beating your own spiritual path, the opportunity to learn from a wide variety of life experiences - but it's also vague enough that it could probably be shoe-horned into any religious framework. Consider, for example, Siddhartha's dip in the river following his materialistic period - a very Christian symbol for rebirth. Honestly, Groundhog Day is a more cutting, direct approach to Buddhism-on-film than this.

From a movie-nut perspective, the film is mediocre at best. It is only 80 minutes, but it drags those minutes into an eternal Now indeed. In its best moments - when the actors aren't speaking and the background music or symbolism is nice - you can admire the gorgeous cinematography, the luscious framing and color, the sheer aesthetics. At its worst, the movie is sluggish, meaningless and indulgent, with uniformly hideous acting. Unfortunately the film suffers from the common sin of mistaking obtuse pronouncements for wisdom, open-ended metaphors for deep insight. But with all the philosophical ambiguity, we're left with nothing in the end. 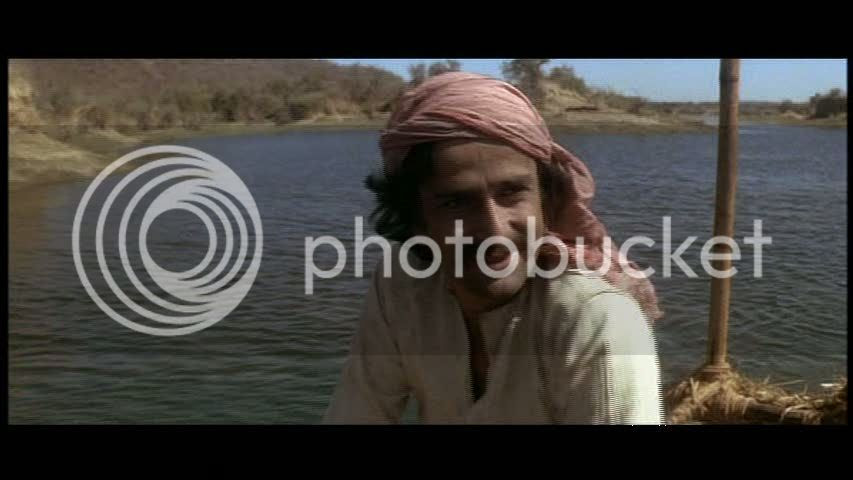 The moral of the story, in haiku form: The flowing river/How it flows so profoundly/Flow, river, flow on!

We also can't really enjoy a film with such tedious gender politics: the only woman is little more than a sex education course, far too inferior to either be angry that her husband abandoned her on a self-indulgent quest for "peace" or even hope for that peace for herself. Please! Show a woman attaining Enlightenment, Conrad Rooks/Herman Hesse, then we'll talk. 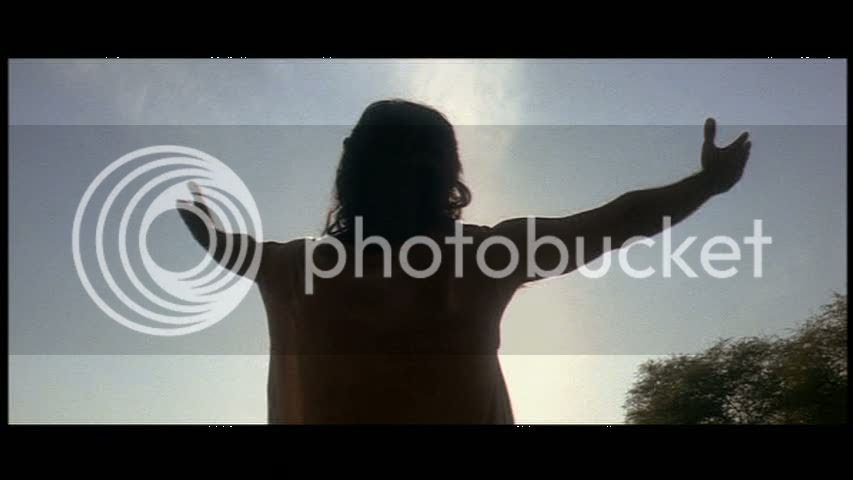 Posted by a ppcc representative at 21:18

I read the Hesse book and watched the film, but I couldn't follow the storyline because i was blinded by the SHASHI CURLS OF CUTENESS! Even his beard in the sadhu days looked curly, I liked how it followed the book and employed Shashi who has that lovely soft voice when he speaks in English! But omgosh that sex scene! Hai Hai, was a bit scarring but it was very tastefully done!

So you finally saw this! I was more than a little upset with it since I'd ended up paying $22 + shipping, for it!!!

"The film... is ... a little Orientalist." Only a little?! It felt like Rooks came to India and decided to put in everything he thought would spell India to the outsider - a little bit of rural Rajasthan, mixed in with Rabindra Sangeet, sweeping shots of forests, lakes and sunsets, a Kamala in costumes straight out of a classic Sanskrit play (he probably had Kamasutra in mind), etc... And the cinematography, though beautiful (it was Sven Nykvist, after all!), often consisted of shots like the one you've labeled "beautiful cinematography" - large landscapes that ended up dwarfing an already stunted narrative.

I do love the book, though. I think it makes a very good primer of Buddhist philosophy, stripped of all its mythology and legends.

Re enlightenment of women - do you really expect that to come from a man?

I came this close to getting Siddhartha from the library this weekend. I decided to watch a Balaji movie I've had for ages instead; otherwise, it would have been truly spooky.

Each time I almost check it out, I think: hmmm, this looks ponderous and self-important. But Shashi looks mighty cute on the box! "Multitude of sins," etc.

Obviously, I am left in the same dilemma. Maybe someday, when I'm in the mood for Shashi Cute + scenery?

MUCH SHAME that I did not realize you had seen this! As always you have skewered precisely and hilariously all the things that bug me. It really might have been tolerable with either better acting OR more nuanced thoughts, but nooooooo, they ruined every single element. Somehow in the ocean of other crap in this I had completely missed how limited the lone female is.

No one else anywhere should watch this. Ever.