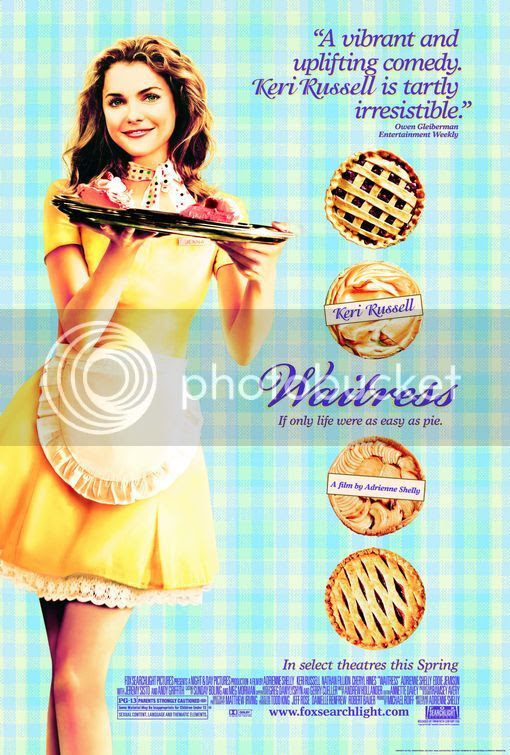 Halfway during the film Waitress, when the reluctantly pregnant heroine, Jenna (Keri Russell), experiences an existential reinvigoration thanks to her affair with the sexy new doctor in town, Dr. Pomatter (Nathan Fillion), a song by the band Cake plays.

For those who don't know Cake, it's a perfect choice. Not only does this film concern, well, pie-making, but it also exhibits that same sardonic delivery and dry wit, that same blunt deadpan style that Cake is so fond of. This is a film where one character says monotonously, "Maybe I'm not such a bad guy after all." And the other character replies, without inflection, "Maybe you're not such a bad guy after all." At first, the dialogue sounds awkward, the acting stilted: they're like robot people reciting things. And the semi-mythical Small Southern Town feels false. But gradually you warm to it, and the same sense of low-key, smirking humor seeps into you like... well, like when you listen to Cake.

Somewhere in a Small Southern Town, caught sometime in the 1950s, the local pie diner's favorite waitress, Jenna, discovers she's pregnant. This is probably the worst news she could get, as she was planning to flee her abusive, narcissistic husband, Earl (Jeremy Sisto), right after winning big at the upcoming Pie Contest. Jenna is unapologetically grumpy about this news, and even instructs her new Yankee gynecologist, Dr. Pomatter, not to make a big deal about. "Un-congratulations," he supplies.

During their regular visits, Jenna becomes increasingly bemused with Pomatter, who is bumbling, perpetually nervous and very adorable. He is also, unfortunately, very married, but this doesn't stop the two of them from unexpectedly assaulting each other in one of the film's best sequences. Carpe diem indeed!

Meanwhile, the other waitresses (Adrienne Shelly, who also wrote the screenplay, and Cheryl Hines) are having their own romantic tangles, Andy Griffith (like, the real Andy Griffith) drops by to play the curmudgeonly diner owner, Earl the Evil keeps getting worse and Jenna concocts a series of wonderfully appropriate new recipes. Our favorite being Pregnant Miserable Self Pitying Loser Pie: "Lumpy oatmeal with fruitcake mashed in. Flambé, of course." 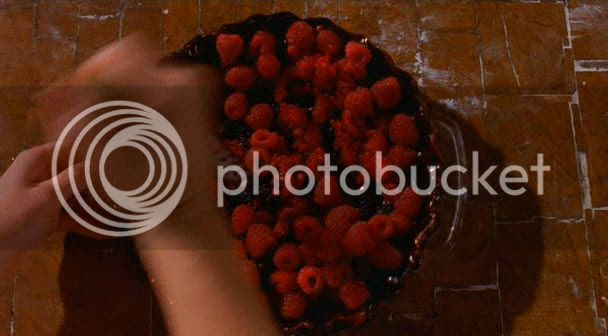 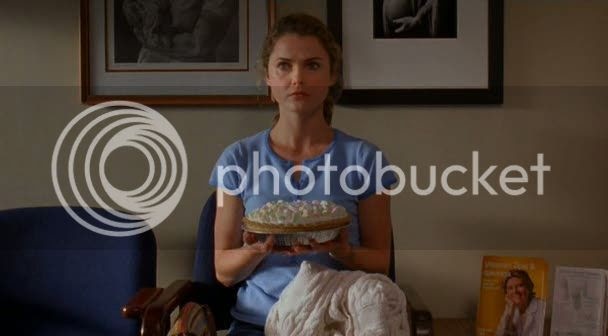 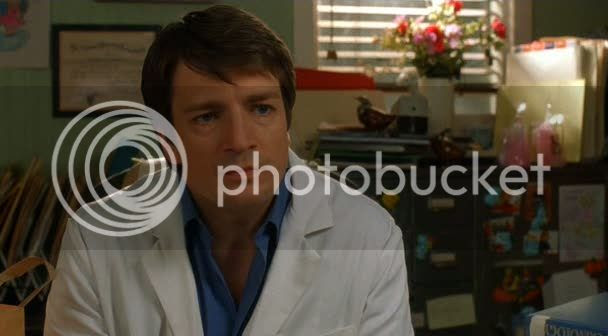 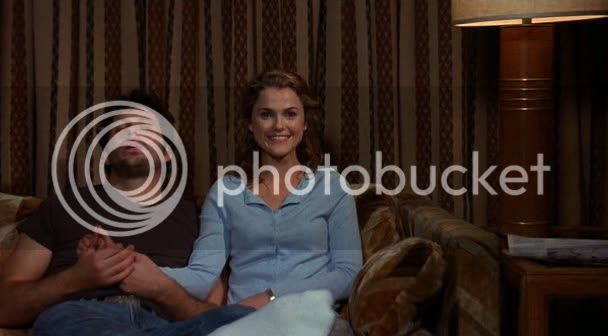 and a sort of uber-ironic post-post-feminism. Thankfully (?) it's pretty light fare, and doesn't aspire to any great revelations about the second sex. Though there is a lot of freshness in that adultery isn't demonized, nor is being less-than-enthusiastic about the fruit of your loins. The cinematography is very geometrical, with angular profiles and neatly aligned pie-making supplies. (This is all lovingly messed up with the arrival of Pomatter and his very doctorly disorganization and adorably confused hair. But I digress.) Things never get as self-consciously ironic or aesthetically stylized as a Wes Anderson film, and we, at least, were grateful for that. As Andy Griffith describes the perfect pie in one scene, there's a bittersweet chocolate middle followed by a familiar strawberry sweet ending.

Keri Russell makes the perfect heroine here, with her baby doll features and icy cynicism. You sense a great mix between sass, sympathy and (despite the earlier pie) rarified self-pity. Cheryl Hines and Adrienne Shelly provide great foils as the stereotypical gang o' girlfriends from the diner. Jeremy Sisto does an admirable job in his thankless role, investing in Earl such childlike vulnerability that we felt a sort of retrograde sympathy for him when we weren't feeling nauseous. And Nathan Fillion! Ah, one in a million, Nathan Fillion. Rediscovering Nathan Fillion was like rediscovering Spiritualized - or maybe we just make that comparison because both happened today. But anyway, we forgot just how much we like Fillion (and Ladies and Gentlemen We Are Floating In Space) and how it's a gosh darn, twitchy, Han Solo-ey shame that Firefly got cancelled and Serenity was only two hours instead of, like, sixteen. Man! He was like the perfect pie, and just as cute.

Posted by a ppcc representative at 12:09

This movie all comes down to a single scene of aching brilliance for me. She's at home and the doc comes calling, not for sex or out of concern, nor for any real reason other than he likes to be in her company. She then narrates for her unborn child that love is when someone will hold you for 20 minutes without asking anything of you. All I can say it that this has become the definition of love for me.

The rest of the movie is sweet. Nathan Fillion earns his stripes here as an actor and Keri Russell is just spot on. So sad to know the vision that brought is this little gem is no more. Makes it even more precious.