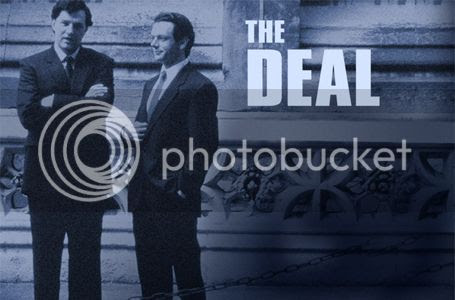 Screenwriter Peter Morgan does it again for modern British history in the excellent BBC movie, The Deal. For anyone unversed in British politics, it's a brief, fascinating primer of the Labour Party's ascendancy in the 1997 elections.

We've already noted Morgan's work in The Damned United - our pick for best film of 2009 - and Frost/Nixon. As always, Michael Sheen is his preferred actor, and Sheen carries himself well as the whippet upstart Tony Blair. But the core of The Deal is really Gordon Brown (David Morrissey), and Brown's relationship with Blair. As in The Damned United, this relationship carries romantic and epic undertones - there's a Shakespearean, archetypal quality to the friendship and strains between the boorish, "saturnine" Brown and the wily Blair. 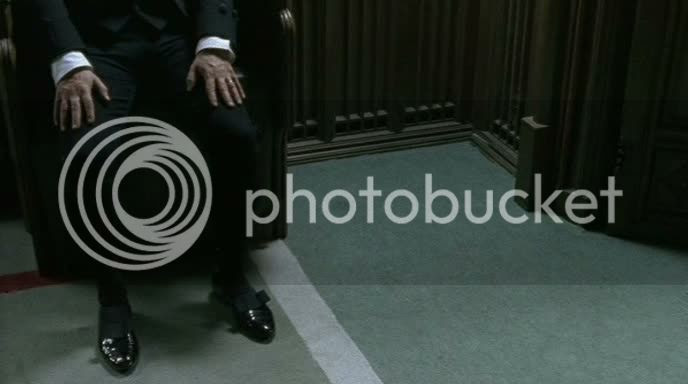 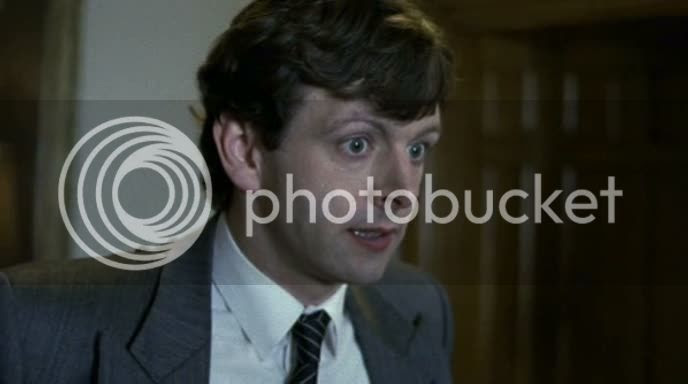 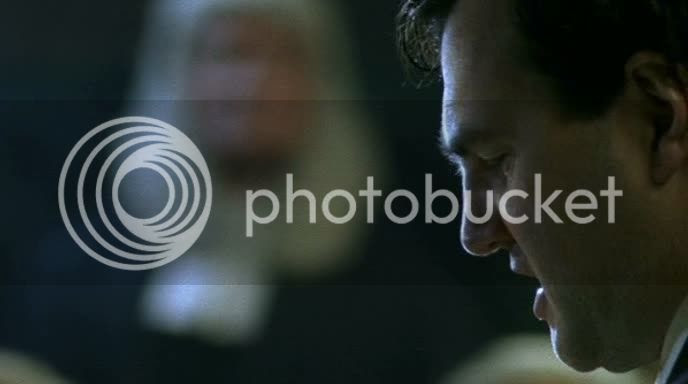 The imposing David Morrissey imposing some imposingness in one of the great Parliament scenes. I SAY!

The story begins in Thatcherite Britain, when the Tory Party is well in power and the Labour Party struggles, seemingly endlessly, in Opposition. Brown and Blair both join in the late 80s and, sharing an office, form a friendship despite their differences. And the differences are notable: Brown is an "old Labour" type, with his working class vibe and party loyalty, whereas Blair is posh, Oxford, English and seen as something of a cultural usurper. Indeed, this tension between the old, working class (and largely northern) order and Blair's southern, posher, politically correct "New Labour" movement is directly embodied in Brown and Blair. When Thatcher resigns, the Tories begin coming apart and well-loved Labour leader, John Smith, dies unexpectedly in 1997, a vacuum of power opens up - one in which Blair ambitiously moves in. 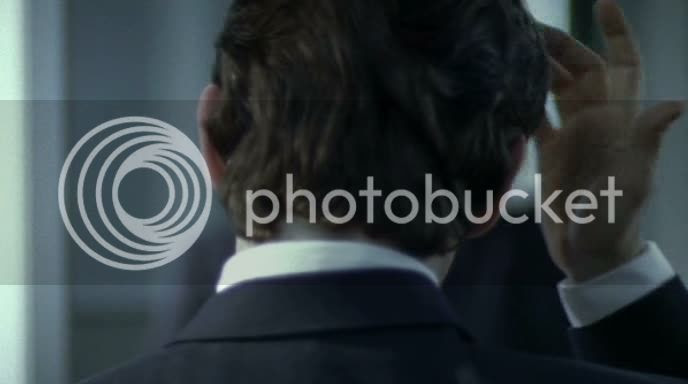 Not unlike a similar shot from The Damned United. 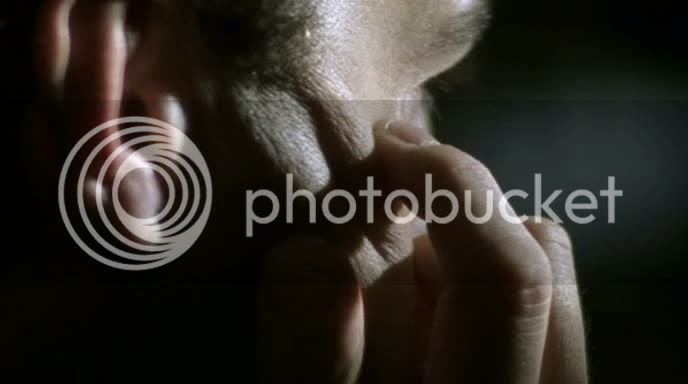 In the meanwhile, within this film, great visual paralleling.

A movie about politics, with no action, assassinations or violent intrigue, may seem like a bore, but trust us - all that other stuff is just distracting fluff. This is the good stuff. The core of this film is Blair's emotional treachery of Brown in the name of politics - and it is intriguing, gut-wrenching and absolutely compelling. The actors do a great job capturing their real-life counterparts and infusing them with the Shakespearean grandeur that we mentioned before: David Morrissey's scowling, bent-over Brown, his gait and his cadence, were great, as was Michael Sheen's slightly saccharine, artificial good humor. (In fact, their juxtaposition was not unlike the Nixon-Kennedy debate!) 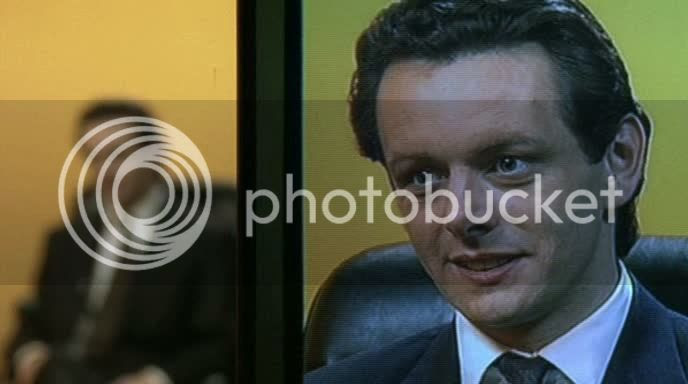 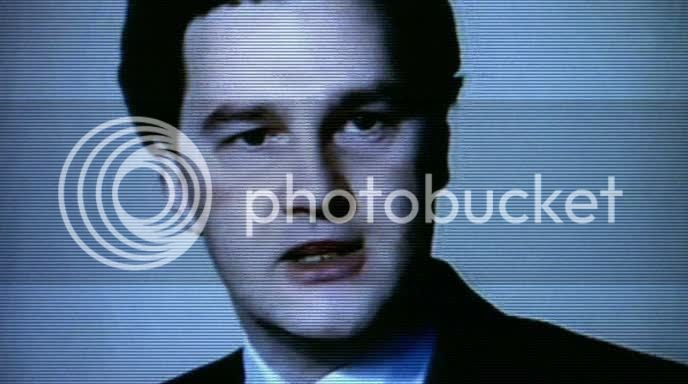 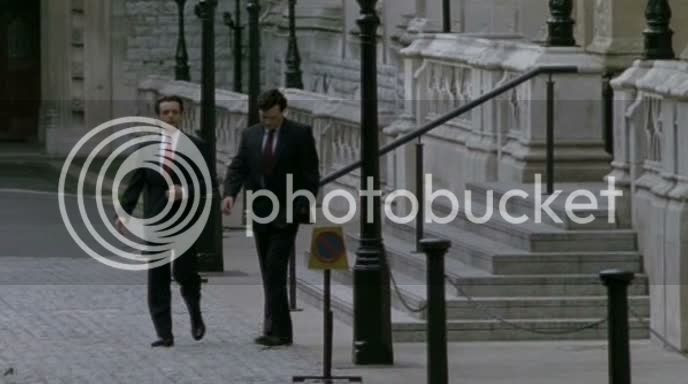 And between this film... 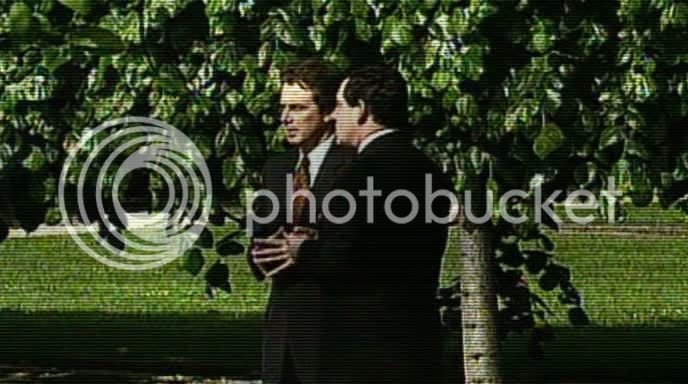 ...and reality!
We worry that this is one of those great little films that will get lost in the miasma of time. It is, after all, a brief 80-minute BBC docudrama thing. Please rescue it from the abyss! It is too good to be forgotten so soon.

Posted by a ppcc representative at 20:21

sounds great... i live in the uk and it totally passed me by the first time around. *click* ordered!