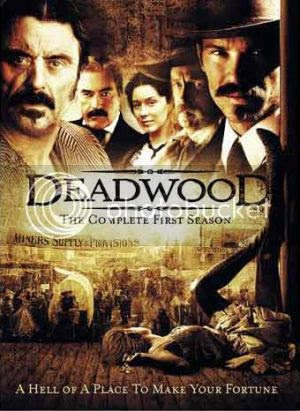 Deadwood is one of those things that defies description. Ostensibly a lurid Western with cable TV swearing and cable TV nudity, it is vast and strange and powerful. We think it's about the rise of America's Americanness, the Henry Ford-inspired winners and Howard Zinn-lamented losers as they hack, drink and scrabble their way "from sea to shining sea". It's really difficult to review long form TV shows such as this, but we'll give it a go - if only to spread word of its magnificence! 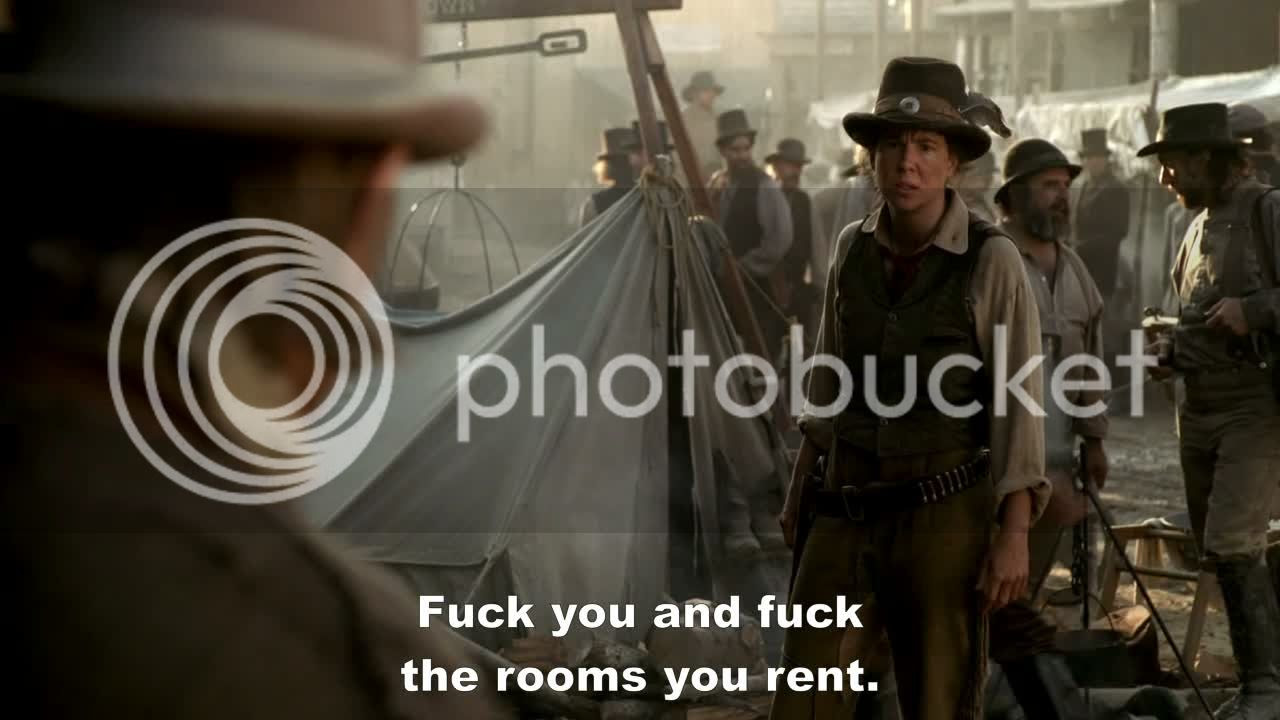 The point of Deadwood, though - and we're not entirely sure this is the point, or the only point, at least - is to challenge, subvert, reinforce and then smash up these Western movie stereotypes while exploring some of the darker historical currents of America's cultural heritage. In particular, capitalism, expansion, exceptionalism and a can-do attitude! Huzzah! Throughout Deadwood, you can't be entirely sure if it's praising or criticizing these American foundational myths; it's certainly giving us a much more ambiguous West, where racist and sexist exploitation are used as regularly traded economic chips. Where power is ad hoc and maintained via brute force and sweaty-palmed corruption. Where everyone needs a bath and a change of clothes, as they dream bonanza gold rushes while wallowing in filth and poverty.

The characters are divided into two camps: the damaged and the damaging. The former - Doc Cochran, Calamity Jane, Trixie, the preacher - are variously healers and helpers, each deeply vulnerable and almost childlike because of that. Life is especially hard on them. Early in the first season, the preacher (Ray McKinnon), with his beatific, vacant, yellow-toothed smile, develops a brain tumor. His long, slow, ugly decline is harrowing. The various cobbled-together attempts to contain and aid this suffering - Al Swearengen kicks him out of the saloon with a sad look in his eye, Calamity Jane hectors him about hiding his symptoms from the Doc, the hookers mock him - only emphasize the setting's ability to strip away all dignity. Get thee back to civilization, for the love of God! This sense of helplessness - both existential (i.e. the Nietschzean "God is dead" symbolism of having your preacher die!) and practical (dude, it's 1871 in the middle of nowhere) - is acute.

The damaging characters, instead, are the driving forces of the town - and, by allegory, the expansion of America. Embodied in Seth and Al, they play out the conventional narrative of good and bad - mostly by both being very ugly. (OKAY, IT'S A WESTERN REVIEW, WE HAD TO MAKE THAT JOKE.) That is: just like the Jedi and the Empire, what, exactly, is the difference between these two? They both have nasty tempers. They both bully and coerce, when they need to, and exhibit great tenderness and conviction as well. They make hard decisions, usually involving killing or beating someone up. They exact justice. They build the town - Seth as its work, Al as its play - and leave various victims along the way. Presumably the only existential difference between these two is that Seth feels bad about all the bloodshed; but even that could be attributed to his youth. As Al says, you learn to fucking move on! 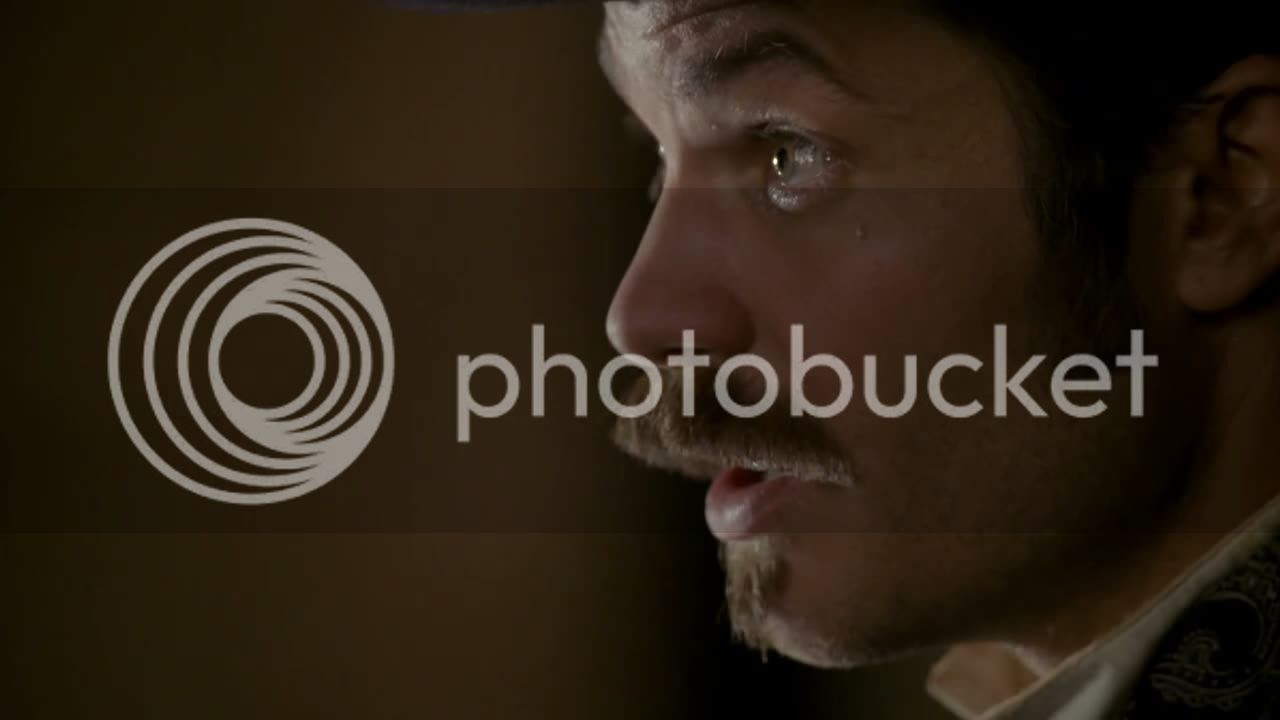 A blunt Janus shot: the "good" side. 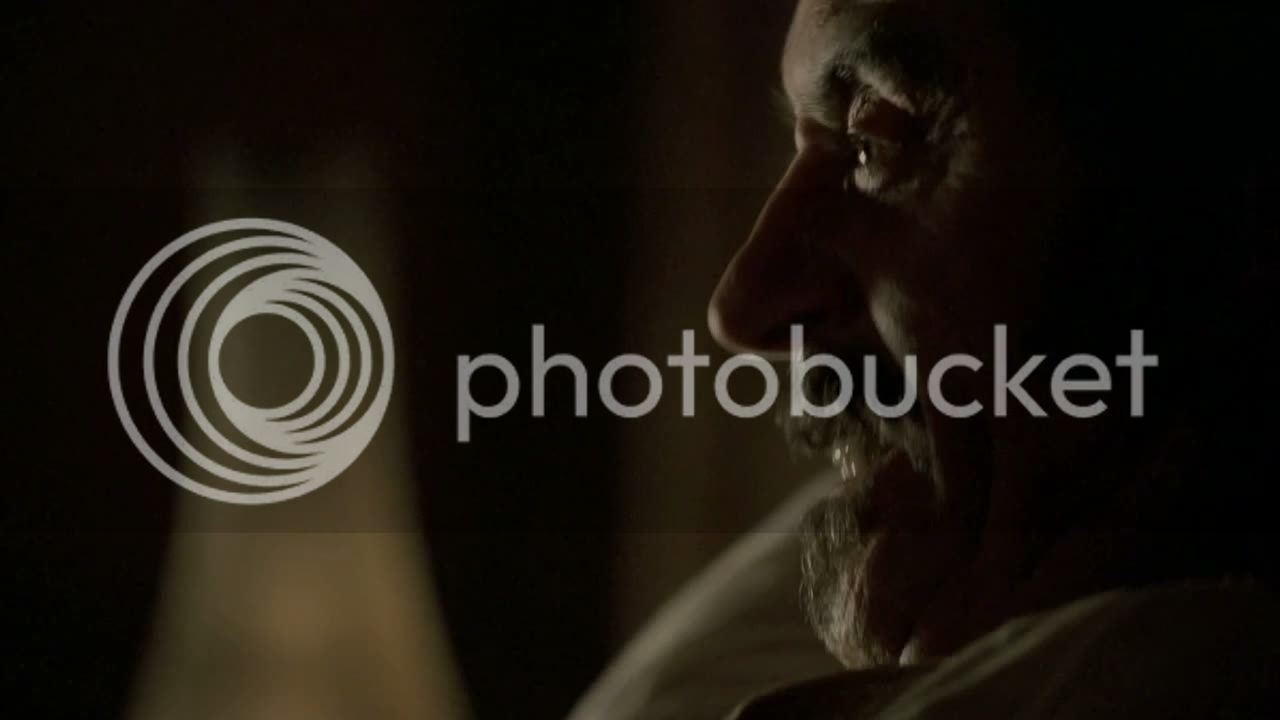 So the founding pillars of Deadwood/the West/America - Seth and Al - pretend to be in tension, because it's part of the standard story we tell ourselves about Luke and Vader, Clint Eastwood and that other guy (OK, we never actually saw that movie), the post-Enlightenment landed gentlemen in Philadelphia in 1776 and the post-Enlightenment landed gentlemen in London at the same time; but they're really just two sides of the same coin. And they could stand in for any number of such false dichotomies: the Republicans and the Democrats, for instance! What matters is that they are the hegemony. And, in Seth and Al's case, they thrive in the lawless pre-Hobbesian setting where everyone's lives are "nasty, brutish and short". Mostly because they're macho men. And this is a setting that rewards testosterone.

Of course, for we at the PPCC, our sympathies lie with the underdogs, the alternatives, the non-hegemonics. The ones who get churned up in Seth and Al's machinations and who don't fit in. In particular, we are inordinately fond of Calamity Jane and Doc Cochran. Calamity Jane, brilliantly performed by Robin Weigert, is an enigma: a gender role-breaking, child-like misfit who gets drunk (OK, everyone gets drunk in this show) and then naps by resting her forehead against a wall. She is hilarious, endearing, bizarre, contradictory and difficult to understand. The real Jane was similarly enigmatic; especially her manufactured (?) relationship with Wild Bill. What was that about? Tell us more, history!

For the good doctor, we have a soft spot for him because he ticks all of the boxes - grumpy humanist frontier doctor a la our beloved Doctor McCoy (or Hawkeye Pierce!), sci-fi pedigree (dude, Brad Dourif was in Duuune) and, we have just learned in these last few episodes, a Civil War vet. Not many know that we at the PPCC are something of a Civil War nut. And this new fact of Civil War veteranship, coupled with the Doc's total meltdown re: the preacher's awful, moribund state, confirms his victimhood - another person damaged by the great machine of American progress. The other side of the brave new world, that has such people in it! 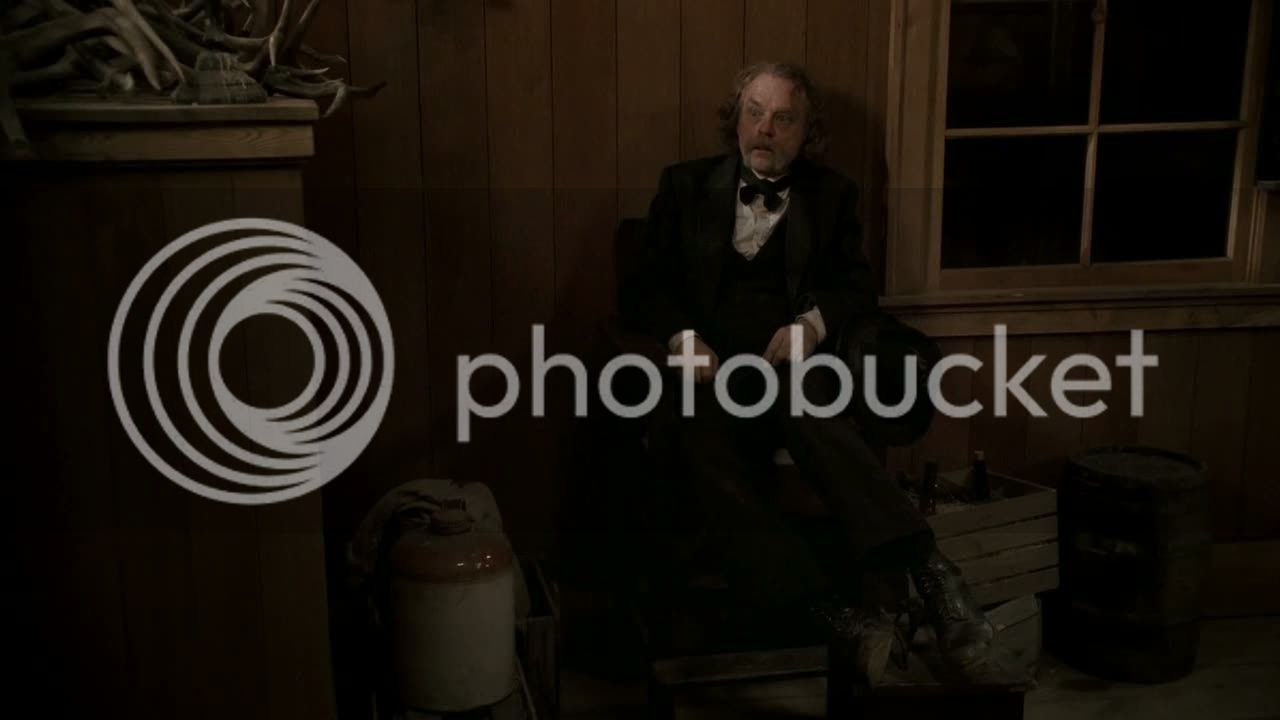 Sing the praises of Brad Dourif! He is so good in this show. We haven't been this unexpectedly impressed with a sci fi actor knocking it out of the park in a long form TV series since David Warner blew our socks off in the Wallander series.

And this is barely scratching the surface! Season one is complete, now onto seasons two and three. We haven't even mentioned all the other magnificent creations of this show - the vile toady-turned-mayor Farnum (played by another sci-fi vet, William Sanderson), the buffoonish media rep/paparazzo, Mr. Merrick (Jeffrey Jones) - because they merit blog reviews of their own. Suffice to say that this is fantastic, stimulating fun. Strange, sad, touching. We often found ourselves laughing, then crying, then even getting that rarest of movie-evoked emotions: tears of joy! Don't be put off by its vulgarity or its Westernness or its whatever. To quote a period poet, Walt Whitman: "O I say, these are not the parts and poems of the Body only, but of the Soul, O I say now these are the Soul!"

Posted by a ppcc representative at 16:39

one of my favourite shows of all time, I can't WAIT to see what you make of S2 and S3 :)

Ness - And I am DYING to see them too. Argghrhggrhghh.

Ohh PPCC, you have to watch Justified- this new(ish) show with Seth Bullock! It is sooo good. I am sure you will like it

Love Keith Carradine's performance in Deadwood. Brilliant bit of casting, really, for such a tragic role. Plus, there's Powers Booth and all the hell that his character brings. He's someone to look forward to for the rest of the series, if you're looking for anyone who could possibly be nastier than Al Sweargingen (and there's a couple).