Frankie Machine's back in town, baby!

Just as "there's no such thing as an anti-war movie", so too is there no real anti-drug movie. The cinematic medium is just far too glamorous, and inevitably we sit entranced by these stories of vice and decay. Add to that the perversely pop-iconic image of Frank Sinatra rolling up his sleeve for a hit, and the dark beauty skyrockets. You thought Trainspotting was hip, wait til you see its artistic predecessor, The Man with the Golden Arm. 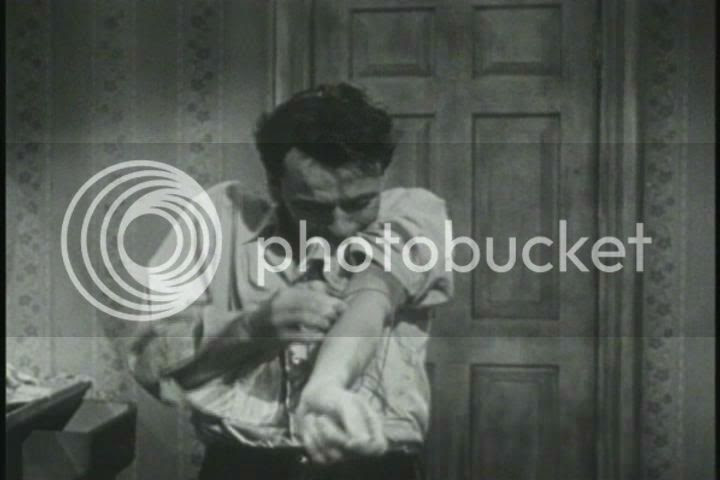 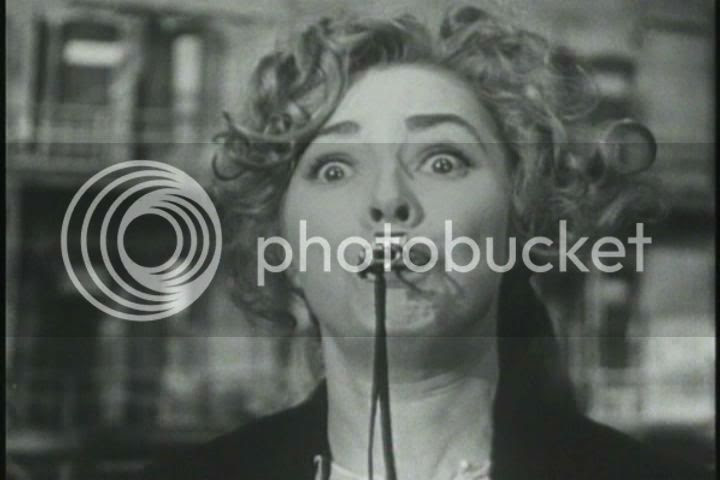 We at the PPCC have always preferred Ol' Blue Eyes the Actor to the Chairman of the Board Singer. Before you go stomping off in a huff, let us explain: sure, Frank's music was nice, but it was also mainstream, conventional, safe. Frank's choice of roles, however, was anything but! From the doomed Maggio in From Here to Eternity to the haunted Bennett Marco in the original (and totally awesome) The Manchurian Candidate, Frank had a confidence and daring that has always knocked us back. Even if he wasn't necessarily the most talented technical actor, he was still brave enough to pick awesome roles and cool enough to make us love the ride. 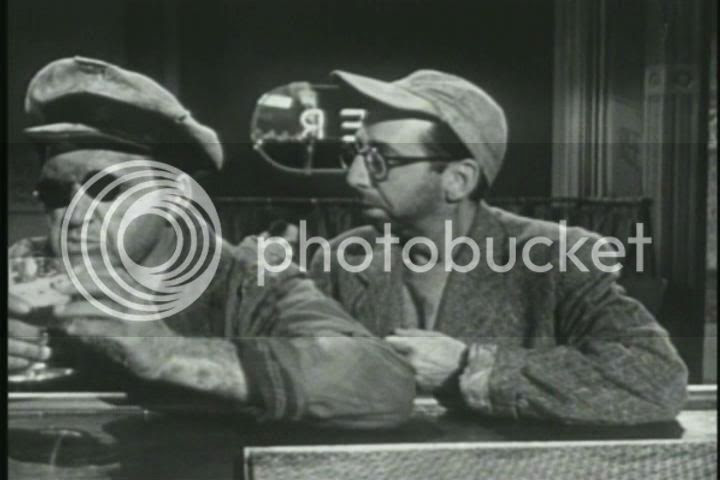 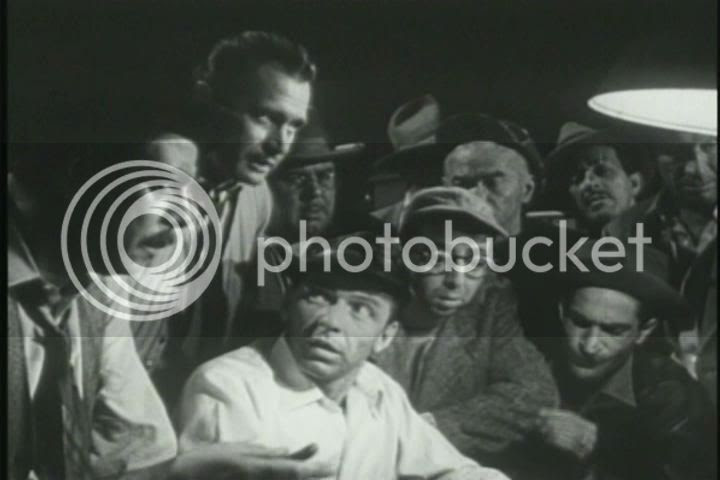 The Man with the Golden Arm was Hollywood's first "drug movie" - provocative, groundbreaking, sailing off into uncharted territories of realism and gloom. Based on the novel by Nelson Algren, it tells the story of junkie Machine (Frank Sinatra) who, fresh from rehab and pumped for a new life, returns to his grimy urban home to find everything as he left it. With his wheelchair-bound and emotionally dependent wife (Eleanor Parker) nagging his right elbow, the chaos of illegal gambling jostling his left, and the greasy pusher (Darren McGavin) whispering promises of sweet oblivion at his neck, it's not long before Frank sinks back into his addiction. Well, there go his dreams of being a rock star (err, jazz drummer).

What's fascinating is how the film mixes together the main themes - arms, dealers, addiction, jazz - in one big soup of sinister aesthetics. Throughout the film, Frankie's "golden arm" is repeatedly referred to - as a talented instrument for card dealing hell and jazz drumming heaven, and as a problematic appendage always shivering for the next shot. Also throughout the film, Frankie gets "Hey, dealer!" bellowed at him by the police and the underground; they mean card dealer, but drug dealer is obviously implied. And Frankie's addiction isn't the only one presented: in a bizarre thematic mirror, Kim Novak's other down-and-out boyfriend is an alcoholic. Jittery to my left and jittery to my right, thank you. Likewise, Frankie's wife seems to be addicted to... well, something. She's definitely crazy.

I read somewhere that this movie is also supposed to be existential, and generally that seems accurate. The mean streets of Chicago are presented as Godless and lonely, where the perpetually alienated Frankie drifts from seedy bar to seedy home. All hunched shoulders and shifty eyes, it's only in Elmer Bernstein's blaring jazz riffs that Frankie's frustrations and despair are allowed to explode outwards. We at the PPCC particularly loved the booming crescendo when Frankie finally succumbs to the drug's siren call: BA BAAAAAM BA BAAAAAM! 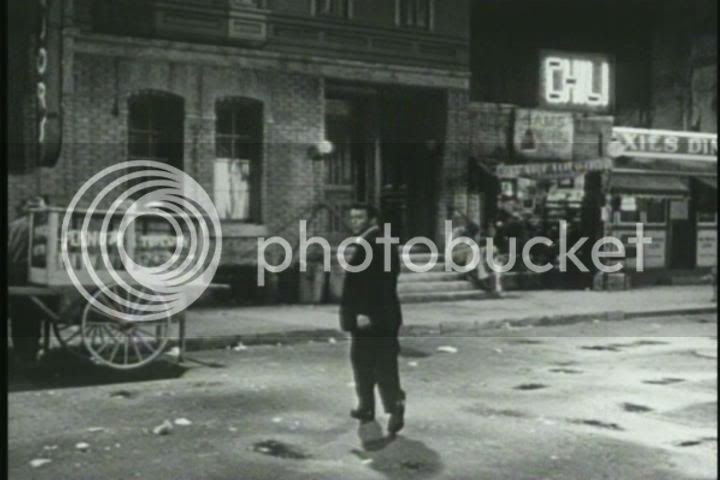 Ol' Blue himself offers a passable, though admirably audacious, performance. Yes, often you're very conscious that Frank Is Acting Now, but nonetheless he gives it his all, and that's enough to earn our appreciation. The famous cold turkey scene is particularly effective. Go, Frank, go!

Eleanor Parker gives an amazing performance as the generally despicable wife-leech, Kosch. Thanks to Parker's performance, it seemed like Kosch had more dark corners in her psyche than Frankie, and although we the Audience Member loathed the sight of her, we the Critic could not help but exclaim, "Brava!"

Kim Novak is fine as Frankie's anti-Kosch lover, Molly. She has an easier job playing Frankie's bastion during his rocky climb back to being clean. Meh. Nothing to write home about. We liked her hair, though.

Posted by a ppcc representative at 12:53