First, we really must share: when we took the rental copy of this movie with us, we stood in our door and sniffed. Something smells naff, we thought. Is it us? We smelled ourselves, and found no such stench. We smelled our clothes, our shoes, various dark corners of our room. Nothing. But there was certainly something which reeked. It was with alarm that we realized it was the DVD case which stank of human sweat. Buzzuh? How sweaty do you have to be to leave your stench on plastic? Unfathomable. 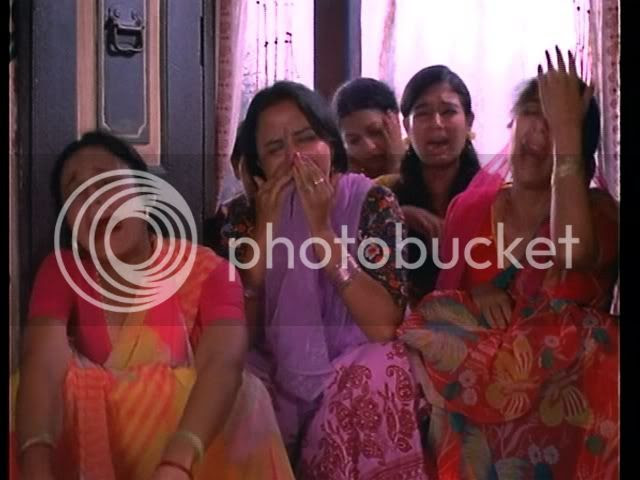 Don't sweat on my DVD!

It's time for some parallel cinema! We decided to watch Shyam Benegal's Mandi, which literally stars everyone and their mom: Naseer, Shabana, Om, Amrish, Smita, Kulbushan, Saeed Jaffrey and even the guy who played Don Abbaji from Maqbool.

Mandi tells the story of a brothel and all the various people who frequent and work there. Shabana Azmi plays Madame Rukhmini, queen mother of the courtesans. She is the center of the story around which the other characters rotate. There is the youngest prostitute and Madame's darling, Zeenat (Smita Patil), loved and envied by the other girls, who falls in love with a noted politician's (Saeed Jaffrey) son. There is the sleazy yet likable photographer (Om Puri) who finds every opportunity to snap a dirty picture. There is Phoolmani (Sreela Majumdar), the latest acquisition and a deaf-mute, and then there is Tungrus (Naseeruddin Shah), the brothel's resident bitch, who also says nothing during the day but then gets plastered at night and screams at the stars. And yea, all is well in the world. 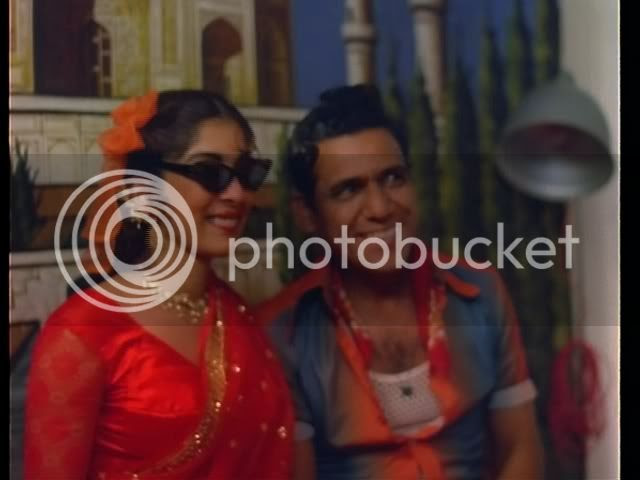 The sleazy photographer and his prostitute girlfriend. Sometimes things are out of focus. 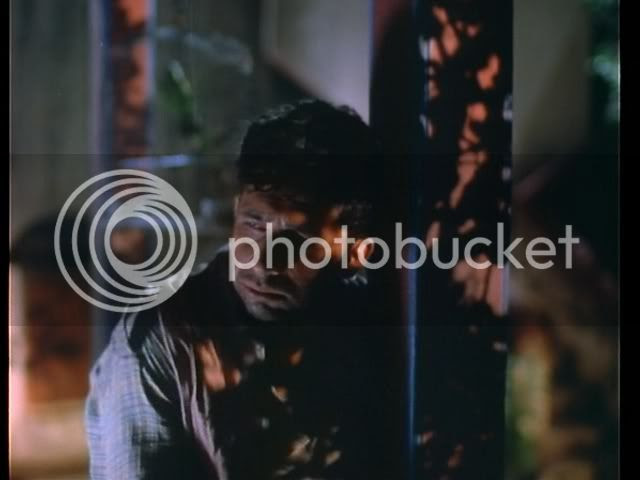 Naseer doing what he does best.

Enter Mr. Gupta (Kulbushan Kharbanda), who has recently bought the property on which the brothel resides. He seems friendly enough, even dashing. But there is trouble a-brewin'. Trouble in the form of social workers (damn social workers) who, parading under the banner of morality, declare that the brothel must be destroyed. Brothello delenda est! But no, the girls cry, this is our livelihood. Clearly the social workers don't care, the damn hypocrites. Better starving in the street than selling your bodies for money. 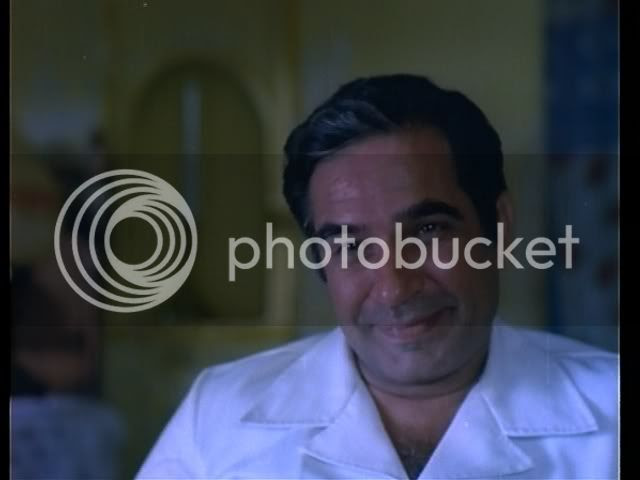 Mr. Gupta ji has a plan though. He sells some land out in the middle of the boondocks to the girls. They are sad, but something's better than nothing and off they go. Once there, Madame Rukhmini meets a hairy yeti-like Amrish Puri (are you loving this movie yet? I am) who tells her she is standing RIGHT on the grave of a famous saint! Pray to him! Pray to him! Madame Rukhmini prays for riches, and soon, lo, the town moves out to the boondocks to be closer to the brothel. The social workers are frazzled. The brothel thrives. 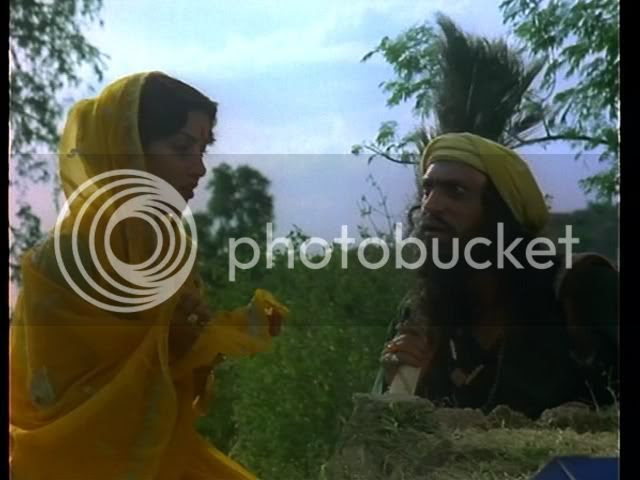 Shabana and Amrish! Praying for cash.

In keeping with the style of the Parallel Indian Cinema of the 1970s and 1980s, this movie is as gritty and real as mainstream Bollywood is overblown. It combines the moral vacuum, vignetty feel of the excellent Chakra with the topics of Umrao Jaan (and Naseer as a brothel slave, again). Although it's technically billed as a comedy, it's a bit more balanced: on the one hand, a smirking satire of self-congratulatory morality (the social workers are pretty despicable); on the other, just a meat-and-potatoes glimpse into the lives of these people. 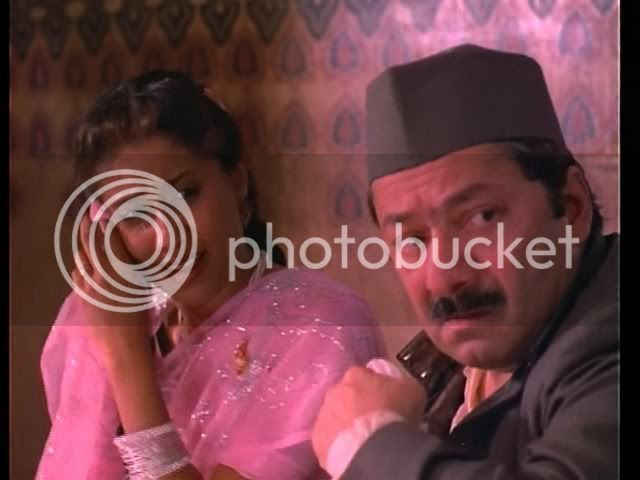 Smita and Saeed! All our favorites are in this!

Everyone is, of course, excellent - this movie's like a showcase of The Best, and we highly recommend it as an introduction to Indian art cinema. Shabana Azmi is wonderful as the domineering, melodramatic Madame, while Smita Patil convinces as her naive, adopted daughter. If we have a criticism, it's that they're a bit too close in age to be playing such a relationship, so the behavioral differences seem a bit exaggerated to make up for it. The men are great as well: Naseeruddin Shah playing on his strengths of emotional vulnerability and, in this case, likable idiocy, while Om Puri preens and struts in the kind of role he rarely gets. The rest of the usual suspects - Amrish Puri as the mendicant, Kulbushan Kharbanda as Mr. Gupta, Saeed Jaffrey as the sleazy politician - are great fun, though peripheral. Aditya Bhattacharya, who played the young lover of Zeenat, was notable.
Posted by a ppcc representative at 11:49

some nice pic-caption combos in here.