A pretty awesome remix of one of the film's songs. This is the sexy, bed-breaking bit.

Low-budget and uneven, Fakira was bound to be awful. The fact that instead it tickled the PPCC people pink - especially during that middle bit - proves that either the Shashi Kapoor-Shabana Azmi (Shashana?) combination, or just Shashi himself, or just seeing D.S.P. D'Silva from Don (Iftikhar) don a wacky fake beard for a qawwali showdown is really enough to please us. 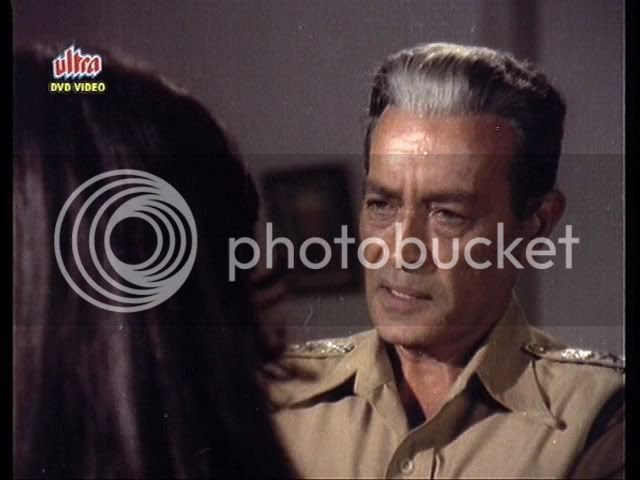 Hi, I'm Iftikhar, playing a policeman again and looking much as I looked in Don. 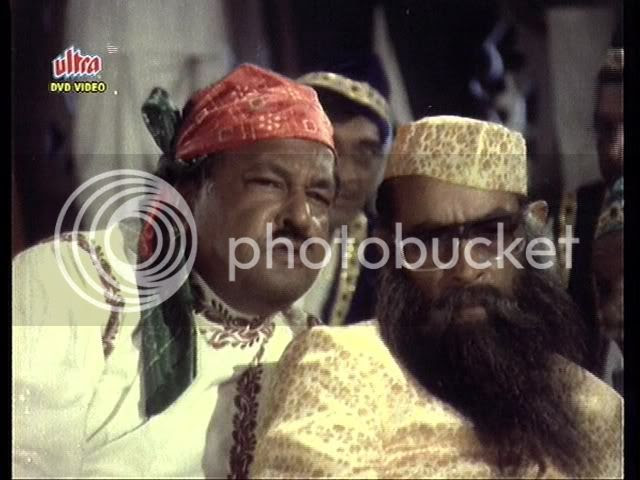 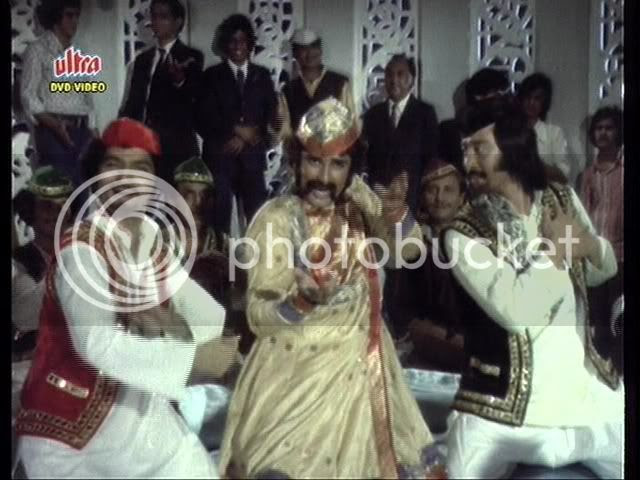 Like the much sleeker Parvarish, Fakira follows the usual 1970s cops 'n robbers Bollywood mold that teaches us that love is more important than money. See Bluffmaster for an update. As per usual, evil good-for-nothings maim and destroy a happy family, leaving two brothers to inexplicably wander their separate ways before a happy reunion much later in the film. One brother, Vijay (Shashi Kapoor), grows up into the notorious Fakira - a Robin Hood character who lives in the Batcave and is a massive headache for the cops. He's also phemonemally goodlooking, but no matter, this will merely serve as a plot point later on. The other brother, Ajay (Danny Denzongpa), is likewise criminal and has just been released from jail. One day, the local police inspector (Iftikhar, who else?!), decides he's going to send his ninja-skills daughter, Neeta (Shabana Azmi), undercover into Fakira's organization. Neeta takes the name of Geeta (insert Mahabharata reference here) and, despite her best efforts to resist, soon melts in the heat of Shashi's hotness. Swooning and faint, she ends up marrying him in his lair. (insert your own 'undercover' pun here)

Meanwhile, an evil local politician hires an assassin - who turns out to be the younger brother Ajay - to hunt down and capture Fakira. He does so, and the evil politicians throw Vijay into the "torture chamber", which is actually quite a nice - if extravagantly decorated - room where ninjas fly out at you with knives. Vijay naturally disarms them, but still ends up at the bottom of the ocean with rocks tied to his ankles. By this time, Ajay has learned that Vijay is actually the Vijay, his older brother, and so he rescues him from inevitable drowning. Thanks to Vijay's yoga, he's fine - despite having been underwater for 30+ minutes. We have a happy reunion on the boat (which is, in cinematic terms, transcendentally glorious), and then the brothers - with Neeta/Geeta - unite to... well, we're not actually sure what they were doing, but they fight the politician guy a lot. And there's the qawwali showdown bit, when the police, headed by Iftikhar, and the robbers, headed by Shashi, all disguise themselves (coincidentally?) as ghazal singers and then spend a lot of time going, "Hey, isn't that the Commissioner Sahab under that big beard?" 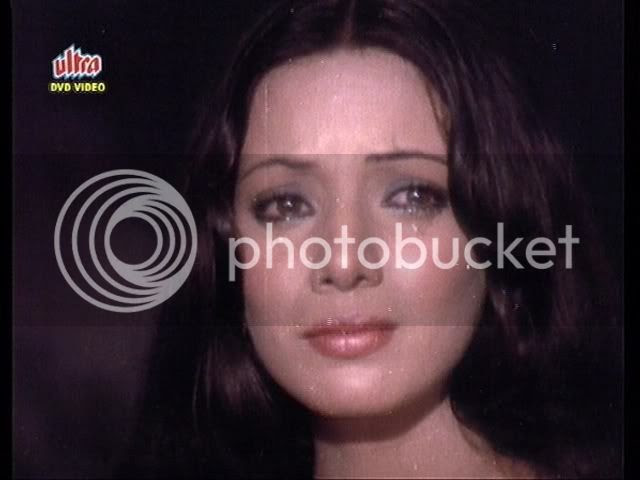 Why am I in this movie? Why?

Fakira is not really a "good movie", per se. It is rather a bad movie with some very good moments. These good moments (the reunion on the boat, the silly disguises, the Emperor's New Clothes bit, the sexy bit) are sometimes even very good. Example: when Vijay wakes up on the boat to meet his long-lost brother, the look on Shashi's face, the flute-and-female-vocals, the setting sun... 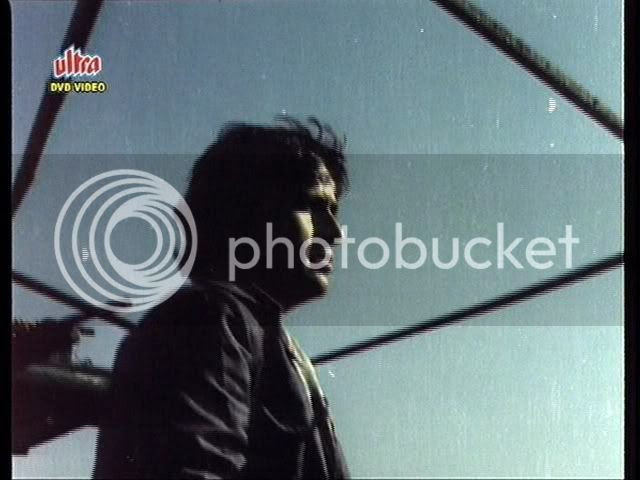 Yes, Vijay, this is your long-lost brother. (cue flute-and-female-vocals) 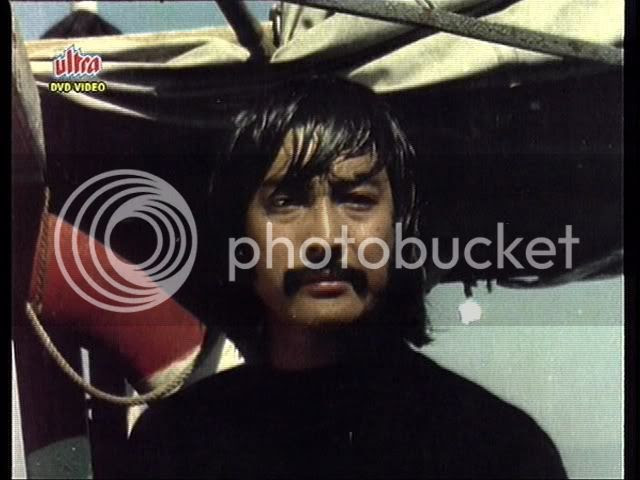 Yes, Vijay, it is I: Ajay. Your long-lost brother. (music continues) 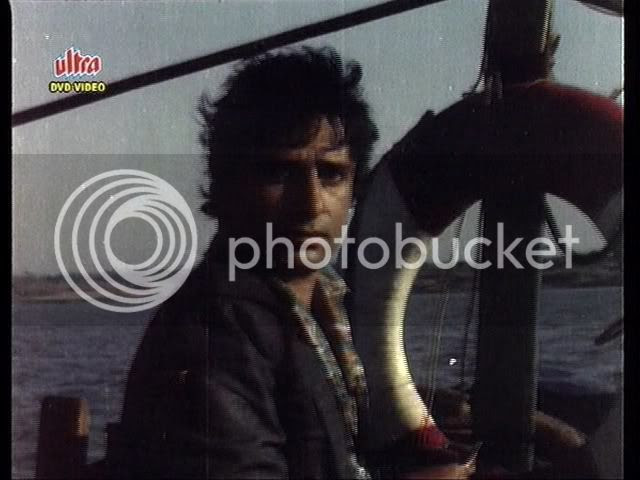 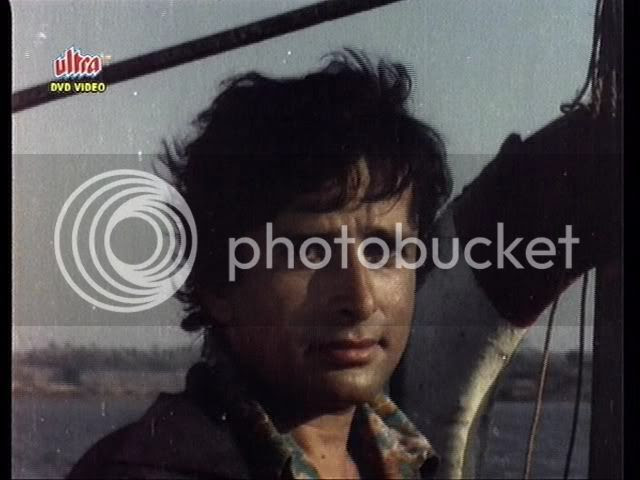 Maybe it's time we at the PPCC confess something. Like many other Bollywood fans, we were initially sucked into the vortex of Hindi cinema by That Which We Could Not Find in our "conventional" Hollywood films. We had singing and dancing, though not always in that cheesy self-conscious style of American musicals. We had goodlooking actors, a whole slew of 'em (Allah be praised). We had the trademark Ironic Dialogue, the Domestic Disasters, the Familial Reunions, the Long-Lost Brothers. We had big and flashy stuff like Don, we had socially-conscious microcosms in Chakra. There was so much to explore, there still is so much to explore (pre-1970s, Kollywood, Tollywood, etc.), that we were so happy to become familiar with (and destroy our original conception) what had previously been that sitar-playing, peace-loving mystical-guru Indian Other.

And while we at the PPCC believe that much of the alternating infatuation and disdain for "Bollywood" (often ill-defined; e.g. "any Indian movie I happen to have heard of") that Westerners have is derived from its position as The Other's Entertainment, and while we at the PPCC are indeed Westerners who thus probably suffer from this latent ethnocentrism in ways we don't even realize, we at the PPCC also experience a weird sort of deja vu when watching Indian movies, especially 1970s and 1980s movies.

It's like, man, when we watch some of these movies - there's a vibe, man. It touches us in a very deep place (insert your own vulgar joke here), it reaches sublime heights. No longer is it through the Other-goggles, quite the contrary! There's a sort of intense familiarity. Especially when flutes and sitars feature. Almost as if we've seen this all before, we've lived and breathed it! Could this be latent childhood memories re-emerging from random stimuli? Or could this be a sign that, in some previous life, we were living back in Mother India, apparently proficient in the flute and tabla and sitar?

Yes. We at the PPCC believe we are reincarnated NRIs.

And now that we've got that out of the way, Fakira hits all our reincarnation deja vu buttons. We just KNOW IT, MAN. It just IS, MAN. It truly and deeply IS. 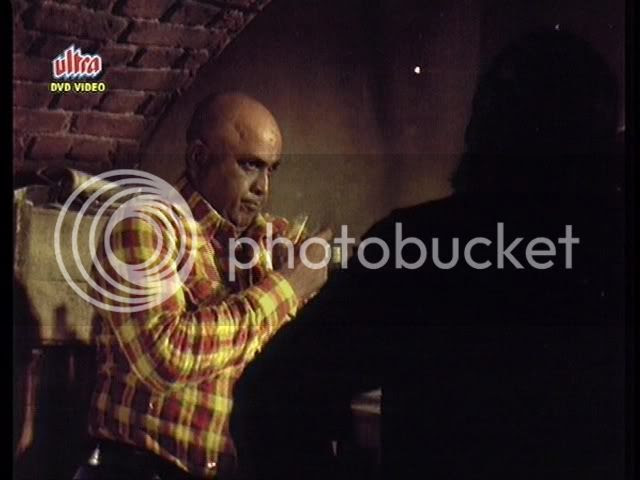 "But, PPCC!" you say. "I do not believe that I too am an NRI reincarnate, and hence how can I enjoy Fakira, if I am missing this intense undercurrent of sublime familiarity and instead am merely a layperson viewer type?"

Never fear, reader, Shashi is here! And my, my, if Shashi is not a handsome Shashi in this film. With the hair, the smile, the etcetera, etcetera. Trust us, you'll love him. Shabana also features, and she is always a delight to see in mainstream Bollywood, if only because she's got that (in our mind) "What the hell am I doing here?!" look about her, and yet she still seems to enjoy all the jump-kicks and bitch-slaps. The songs are all right, if not particularly memorable, and, apart from having to suffer through some early scenes with that truly abysmal child actress from Mukti, Fakira really is an entertaining romp. Just don't worry too much about plot points or character depth. 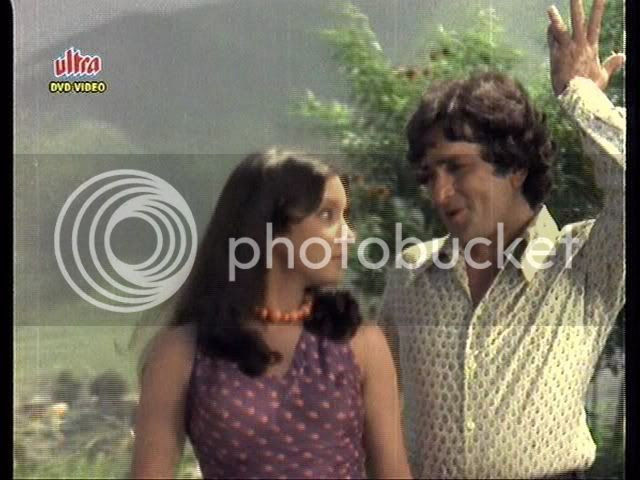 P.S. Other bloggers have noted the bitch-slap catfight scene, with its cunning use of a Clap On lighting system, and yes, it's pretty awesome.

Posted by a ppcc representative at 11:17

I really liked this movie as well, for most of the reasons outlined here. I too (although I don't think I was ever Indian in a past life) feel a sense of deja-vu sometimes...I think it's just an inexplicable sensibility thing. I can't think of any other way to explain it.

and yes, I am a dog, but my mom watches lots of Hindi movies and I'm just repeating what she said.

This movie holds a very special place in my heart - even more than Parvarish and Amar Akbar Anthony - for the sheer incongruous joy of the young, lost, and confused proto-Shabana trying to be a masala heroine. As Shabana Azmi's - well, whatever the hell of hers it is that I am, standard-bearer? prayerful devotee? as-yet-unhired personal slave? whatever - Fakira just makes my toes curl in utter delight. The catfight, the naughty naughty bedroom scene, the two fantastic romping-in-the-flowers songs, the whole thing. There's even a fleeting shot of milady in a police uniform, swoon swoon. I only wish she could have had more to do at the end, instead of the Perils-of-Pauline routine. Alas.

Oh the etcetera. Oh how it does me in.

I enjoyed Fakira and then mailed it off to Germany so Kaddele could watch it. I do not feel any less for not having it in my possession, for I can find handsome Shashi in many places (insert your own joke about where Shashi might be in relation to me here), and the movie that makes me go "RIGHT ON, I am you, you are me, we are one" in the cosmic-yet-self-oriented sense is Parvarish, despite its lack of Shashi. Oooh, what if Shashi and Vinod had been the brothers?!? Oooh.

The deja vu you mentioned happened to me in my very first Bollywood movie - Mujhse Dosti Karoge. I might be the only person ever to have had a positive reaction to that film. It made me say "Where has this been all my life?" and run out for more.

The abysmal child actor in Mukti, you mean. I've always thought about this child's gender confusion, as he grew up.