In the style of the PPCC, we go see a movie in the cinema - in this case, the bloated but impressive The Dark Knight - and we come out of it wanting to write a review... of something else. That's not to say we wouldn't like to review The Dark Knight, which was stuffed to the brim with interesting shots and interesting pop politicking and interesting themes (the whole Joker=dog thing was perplexingly weird). It's just that we don't have it on hand for screencapping, so we had to look for something else.

And what The Dark Knight reminded us of was: Gary! 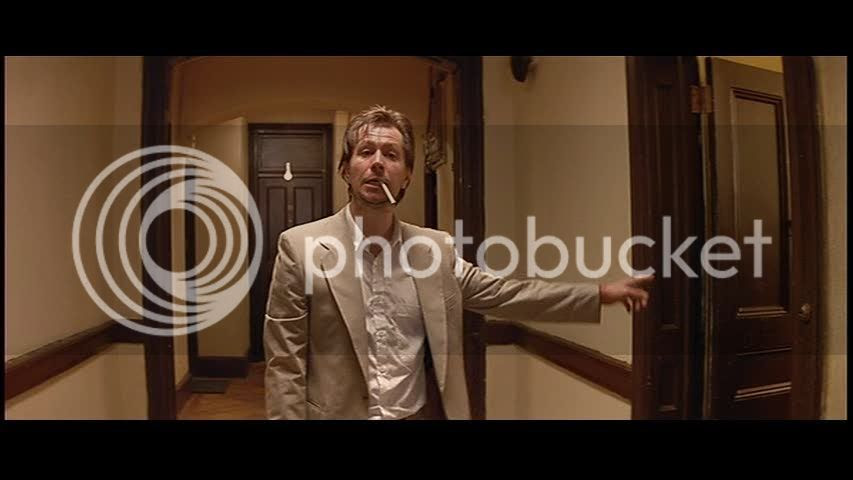 Ahhh, Gary. Another one of our PPCC Favorites - like the Shash, Jeff, M*A*S*H and Star Wars. We just love Gary! Every time Gary appeared onscreen in the Dark Knight - what with his adorable moustache and adorably grandmotherly glasses and general harried overworked tough-guyness - our heart leapt. Batman, Schmatman - is Lieutenant Gordon OK?!

The best-all, end-all Gary vehicle is Léon. If you can watch this and not like Gary, you are missing the gene. 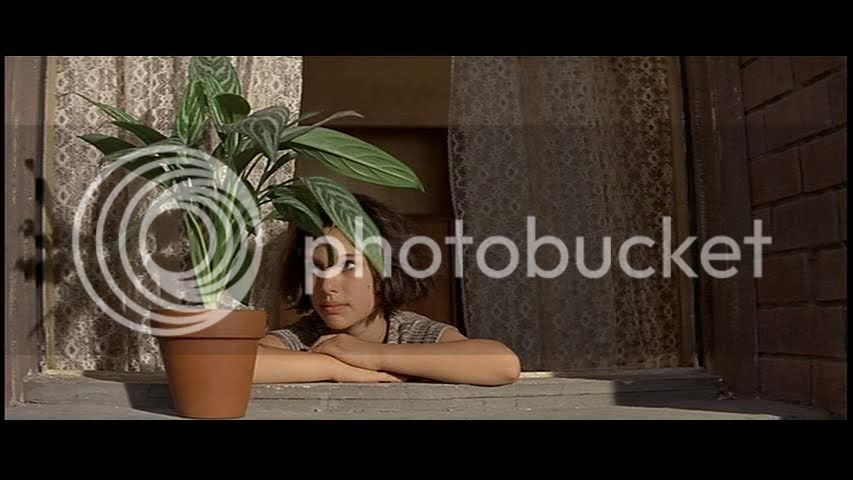 She's gonna need some water and sunlight if she's gonna grow. Not all this killin'!

Léon is one of those movies that has, like, ten million versions - the Director's Cut, the Extended Cut, the Whatever Cut. It also is consistently popular; frequently on American cable (Gary's weirdly dubbed "Bullcrap!" moment is one of our lasting memories of the Censored Cut) and a big hit at parties. What's funny is how a provocative and bizarre movie like Léon - wait 'til you read the plot - should become so... well, normalized. This movie's really quite freaky, and yet everyone we know loves it.

Especially us. Enter the titular Léon (Jean Reno). Léon is a top-notch assassin-for-hire, or "cleaner", with John Lennon sunglasses and a penchant for milk and plants. He is also not so bright. He lives in a crappy apartment building next to Mathilda (a 12-year-old Natalie Portman) and her seedy family. Mathilda is your regular old Lolita - a posturing and self-conscious bad-ass who clearly feels a lot older than her 12 years. Mathilda swears, smokes and speaks in a broad New Yawk accent. "I wanna kill those sonsa bitches," she says at one point. "I wanna blow their fucking brains out." Aww, cute. Anyway, enter our villain, Norman Stansfield (Gary Oldman!). He gets two names even though he's always only called "Stansfield" because this guy, he is a legend. Here is a villain that - like Heath Ledger's Joker or Daniel Day-Lewis' The Butcher in Gangs of New York - is so perversely compelling that you worry about how much you like him. Stansfield is absolutely zany insane, and Gary plays him like a farce - chewing up the set and spitting it in your face. It is wonderfully entertaining. 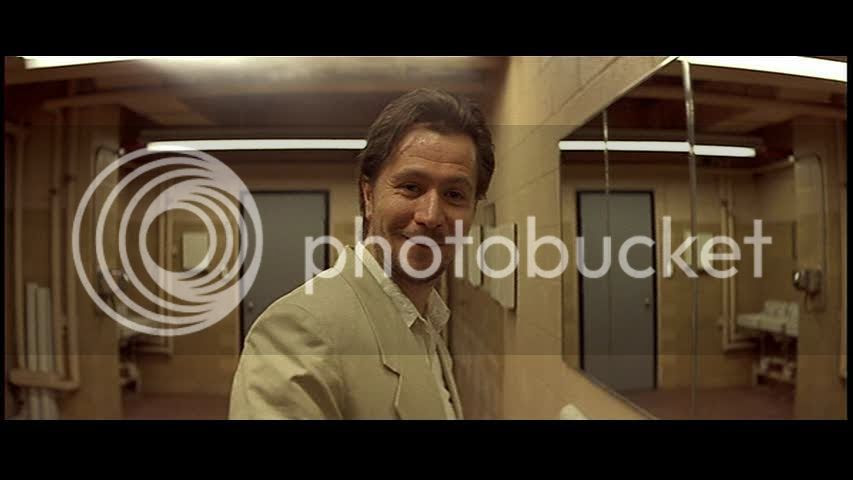 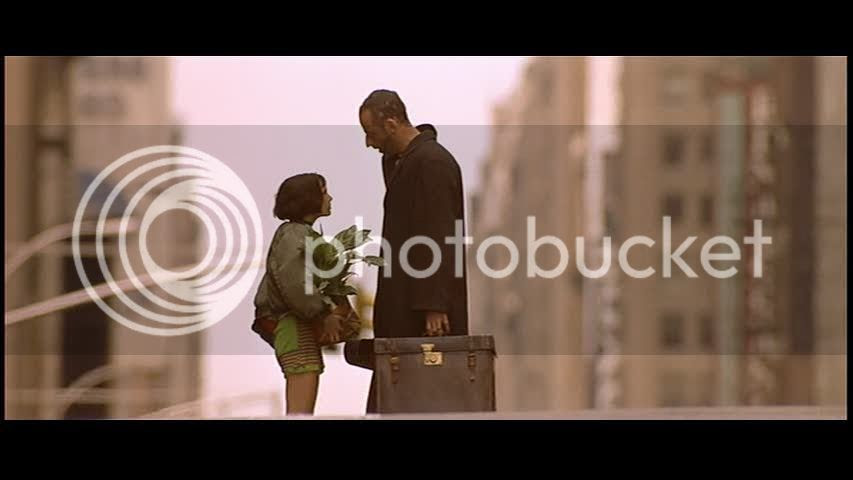 Anyway. Stansfield is a corrupt, hyped-up cop who kills Mathilda's entire family, including her older sister and younger brother, when a coke deal goes bad. Mathilda narrowly escapes by taking refuge at the neighbors' - namely, Léon's. When she discovers Léon's an assassin, she begs him to teach her how to "clean", as she needs to exact revenge against the slimy Stansfield. It becomes immediately apparent (at least, the PPCC thinks so) that Mathilda is the brains and Léon the muscle. Léon reluctantly agrees.

Hmm, majors teaching minors how to assassinate people? Well, there's more. Slowly, the young, pubescent Mathilda begins getting the hots for Léon. The two become friends - teaching other, helping each other and clearly caring for each other - and yet Mathilda wants more from the relationship. "Léon, I think I'm kinda falling in love with you," Mathilda says in one scene. Léon, characteristically, coughs up his milk. 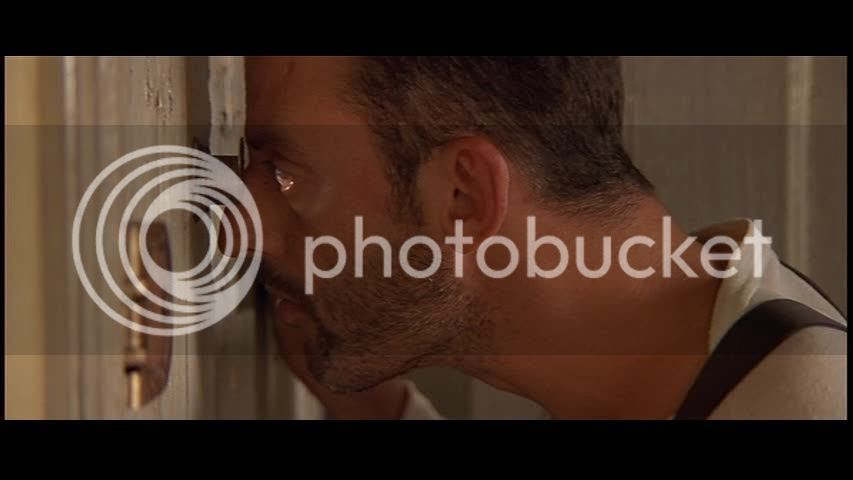 Everyone did a lot of physical acting in this, and Jeon Reno was great at that.

The narrative structure of the film - directed by Luc Besson - is airtight and super-effective. Not a moment is wasted, and most moments pack a lot of punch. Besson's camera is fast and light, yet never disorienting. Rather, his camerawork is graceful, so that it feels like dancing. Yes, we said it, dancing. We know that sounds dorky. But it's true! The background score is another great asset in this film, and scenes like the shoot-out in Mathilda's home (warning for violence) are powerful and terrifying with their dizzy, swaying music.

The themes are interesting, too. One theme could be awakening and growing up - Mathilda's pubescence, Léon's realization that a better life exists, the plant. Of course, this theme is also one of the most disturbing, as we're talking about a 12-year-old's sexuality and a 40-year-old illiterate man who also seems a bit slow. The PPCC got into an argument over this once, because we really maintain that Léon is supposed to be mentally disabled. Anyway, if this doesn't have you cringing yet, wait 'til you see the Extended Extended Cut, or whatever it is which wasn't shown in America but was shown in France, as that cut contains some intense moments - for example, when Mathilda threatens to kill herself if Léon doesn't say he loves her. 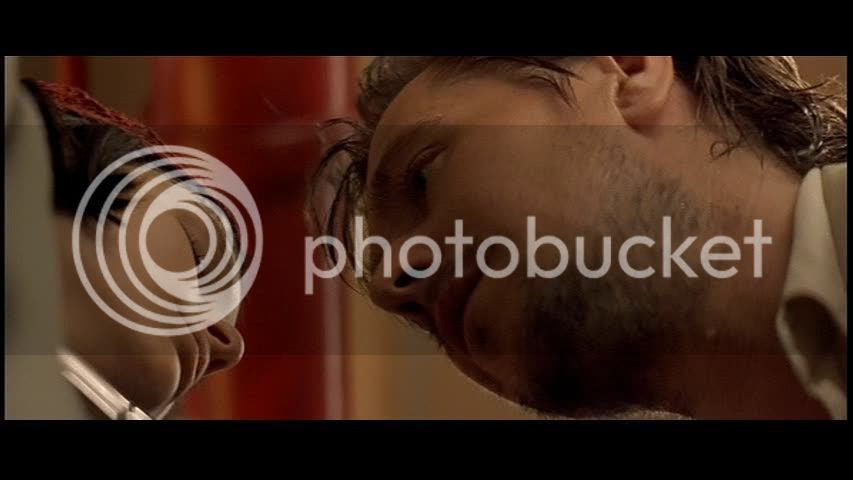 Mathilda and Stansfield and a gun. 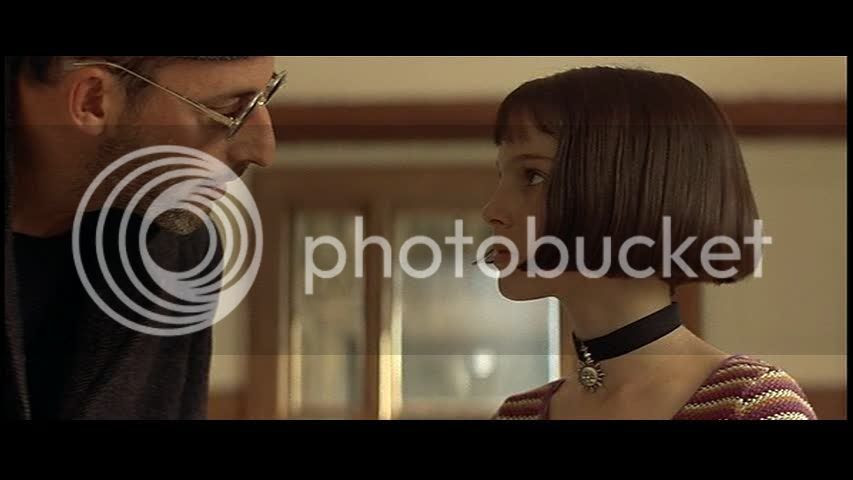 Another theme seems to be brains. Apart from the high number of people getting their brains blown out (don't watch this if you can't watch violence), there's also the relationship between the three main characters: Léon, Mathilda, and Stansfield. Léon seems to be immature, behind his years and slowly catching up. Mathilda is, instead, at the other end: leaping ahead and, in several scenes, acting like the "brains" behind their operations. And Stansfield spends most of the film with his brains permanently scrambled (egg, frying pan, your brain on drugs).

The performances are all great. Jean Reno has a difficult job, as he needs to maintain the audience's sympathies for Léon, even though he is (1) a killer and (2) possibly a pedophile. Yet Reno plays him with such gentle idiocy that it's hard to imagine him killing a fly (which makes him all the more terrifying, too!). Natalie Portman is very impressive - it's crazy to think she was so young! - as she handles herself maturely and effectively, often carrying most of the film's emotional weight. And Gary...! Here's a great backstage photo of Gary and Natalie. This film wouldn't be this film if it wasn't for Gary. Just watch it and enjoy. 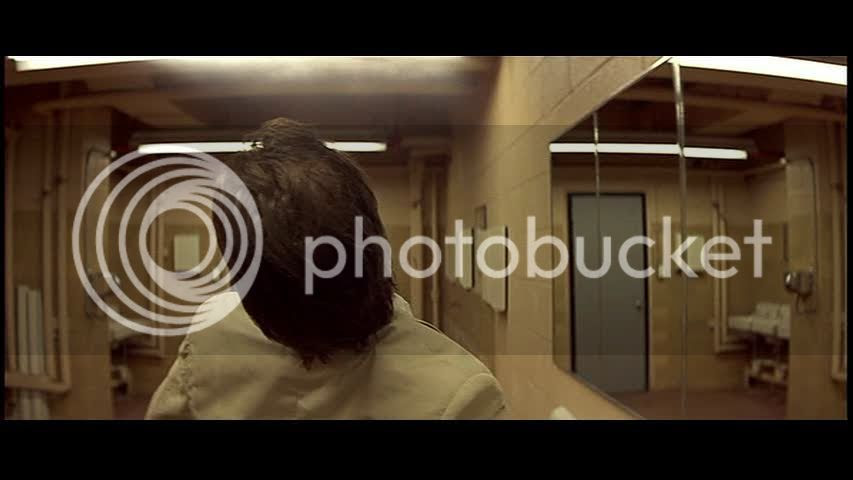 The freaky Stansfield On Drugs tic.
Posted by a ppcc representative at 03:00

I don't normally like movies with a lot of violence (unless it's Bruce Lee violence, in which case I love it). But I did really like this film too, more for Jean Reno than for Gary though. I love Jean Reno, I would gladly bear his children (as long as he took them away afterwards).

I have to see this film; it's got three of my faves in it. I really liked Gary Oldman's performance in The Fifth Element too; did the P-PCC watch that OTT futurefest? It's definitely in my top ten.

I've don't remember ever seeing the ending. It was released in 1994, by the way.

Memsaab - Jean is great, I agree! And this is one of his best, best films, def.

Ajnabi - I've only seen a few scenes from The Fifth Element, and I was turned off my Gary's ridiculous haircut. However, everyone keeps saying it's such a good film - and it is, after all, directed by the same Luc Besson - that I think I should give it a try. Top ten, even?! Oh, dear, def gotta see it!

Anonymous - Thank goodness I didn't spoil it in the review, then! Get thee to a DVD copy of this. Also thanks for the correction.

Good review, points up the uncomfortably sqeamish nature of the relationship that binds these two characters. And I agree, how fantastically weird and brilliant is Gary Oldman? Who else could have carried this off? My other question has always been who had the stones to first write this and then film it? I can't imagine Leon and Matilda played by any other two actors. Ever. Jean Reno melds into the background a bit when Natalie Portman cranks it up but it's the pairing, the dance these two invoke that's so good. Hard to watch if you let the pedophilic element and violent scenes echo too much in your head but if you can tame those demons, it's an offbeat classic.

Really, the only reason I'm posting a comment at all is to leave you with a piece of information I thought you might find interesting, especially since you mentioned it in your review, but also I'd like to say that this is one of my favorite movies of all time and I completely agree with everything you said (even about Gary Oldman's role in the Dark Knight, all I could think about was "is Gordon okay?!"). Anyway, I read that Jean Reno, after reading the script, decided to play Leon as someone who was mentally handicapped and just let Natalie dominate every scene as much as he could. Thought you might find that interesting! :)