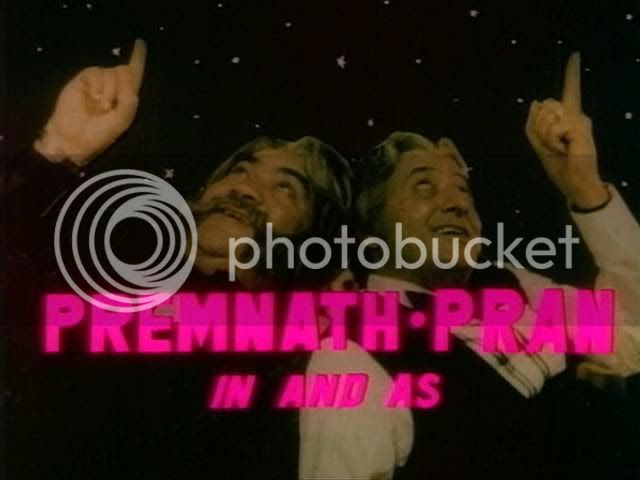 Look! There goes the plot! Wheee!

Ah, there's nothing quite like a film that you don't understand at all.

Rahu Ketu seems to be capitalizing on the mythological tale of Rahu and Ketu (of Hindu astrological fame). We at the PPCC didn't know anything about Rahu Ketu before watching the film, hence it made no sense to us. Now we've read the relevant Wiki entry and... it still makes no sense. 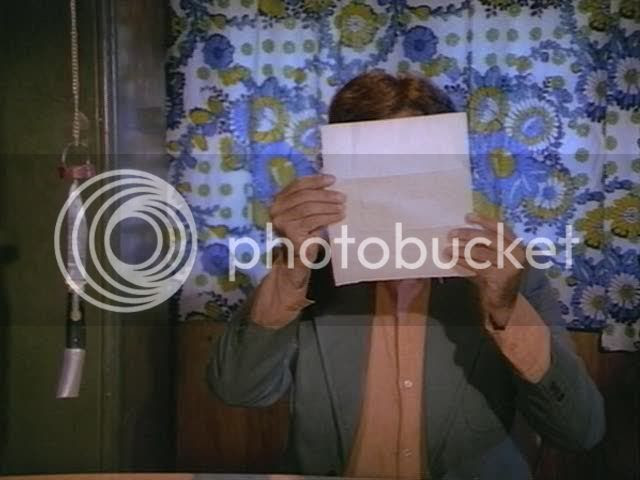 Hi, I'm Shashi and I read things like a dork.

Well, there's Shashi. He plays Ravi Kapoor, a ruler-straight, super-serious police officer who wants to figure out who killed the gardener and why. Shashi sleeps through most of his scenes, occasionally waking up to yell something or shake his fists at the injustice of it all. Even sleepwalking, he's awfully cute. We love you, Shashi ji!

Shashi-as-Ravi occasionally engages in violent showdowns with the Madman Who Owns the White Horse (yes, that's his name). 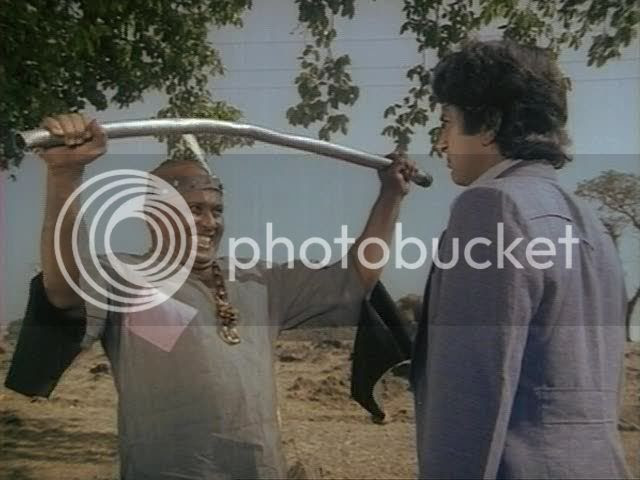 Hi, I'm insane. And strong. For these reasons, I will kick your ass.

Then there are Prem Nath and Pran. Prem Nath and Pran are presumably the eponymous Rahu and Ketu, and they seem to be two corrupt big wigs who run the village where our story is set. How they are related, why they are criminals, what exactly they do, how they do it, etc., is never explained or even alluded to. Astrologically speaking, one's supposed to be the head of the demon and one the tail. In practical terms, this seems to mean that Prem Nath is the face of corruption and Pran is corruption in disguise. What they exactly do in this town, apart from Be Corrupt in a vague way, remains a mystery.

Insert half-hearted love interest, played by Rekha. Rekha is Tulsi, daughter of the deceased gardener. Shashi and Rekha's romance was the only thing that made any sort of sense in this movie, mostly because it followed the comfortingly familiar pattern of the usual hardbitten cop-meets-victimized village waif story. 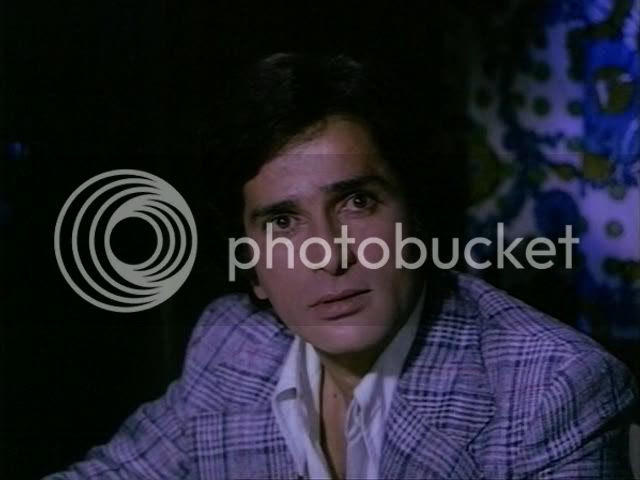 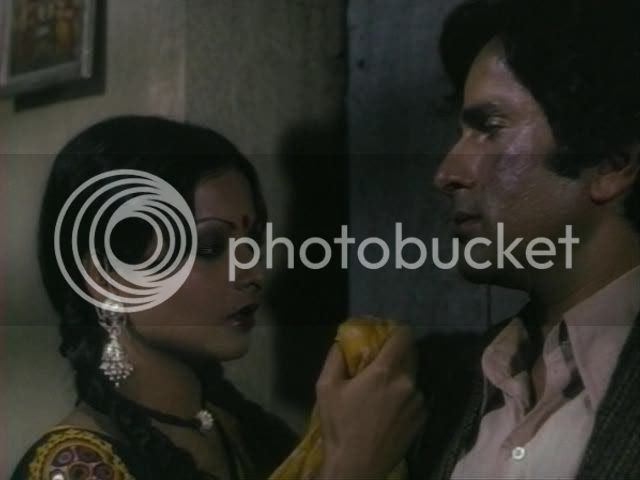 Then there's the whole "nurse you back to health after you save me from thugs" scene. So sweet. 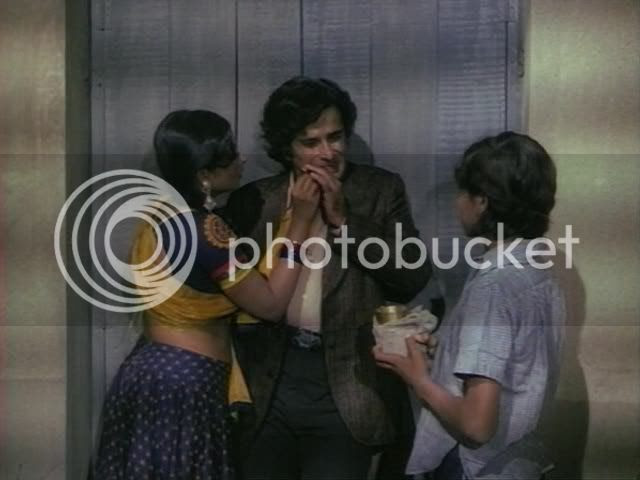 OMG but the brother's there too?! Now it's awkward.

These brief moments of familiarity quickly disappear as the film launches back into this whole Rahu-Ketu-Ravi-gardener maze. Fresh from being tended, Ravi appears with an inexplicable haircut to confront Rahu (or is he Ketu?). Nothing is revealed. And then Ravi grows his hair back.

Further stuff happens. The Madman with the White Horse tries to kill Rekha by putting a time bomb in her house and then waiting outside the door until it explodes (yes, he's clearly insane). Shashi disguises himself as an old man and tries to shame Pran and Prem into giving up their life of crime. Pran and Prem sing a love duet to each other that becomes bizarrely Brechtian. "I'm your Prem (love)," Prem Nath sings. "You're my Pran (life)!" Pran sings the same refrain back to him, rinse, repeat ten times. But alas! Things take a sour turn and they decide to kill themselves. Prem cops out at the last minute, but then goes home and murders his wife instead. WTF? The end. 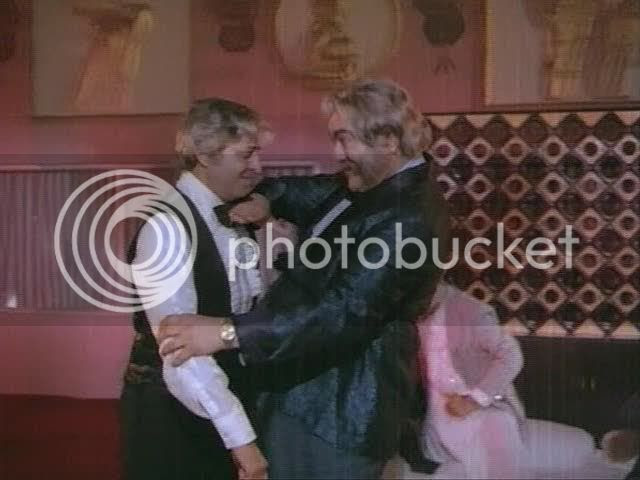 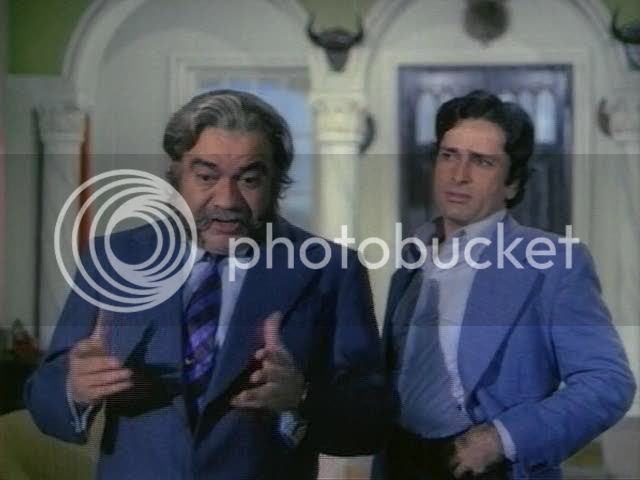 Shashi's inexplicable haircut, which lasts for a few scenes. 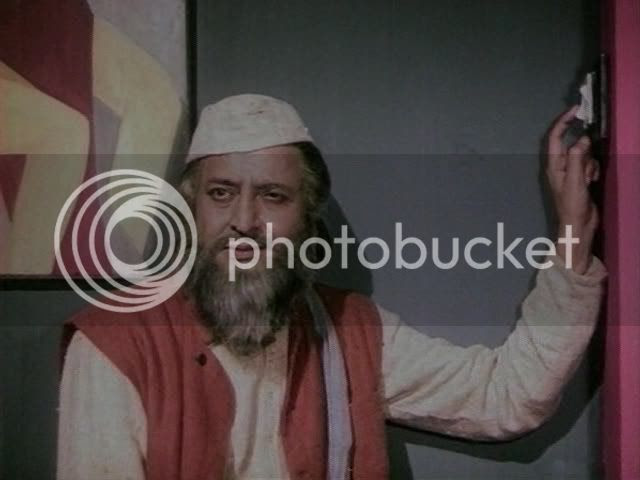 Ahh, Pran's such a saucy minx when he gets his disguise on.

Everyone seemed to be asleep in this film - Shashi, Rekha, Prem Nath, Pran, Kalyanji-Anandji, the PPCC. You'd think, with all our powers combined, we could make something flashy and amazing, or at least Captain Planet. Instead, the songs were lacklustre, the scenes dragged with narry a funky background score to be heard, Rekha stifled yawns and Shashi would occasionally shout something for punctuation. Even Pran - who is usually fun and awesome and hilarious and lovable and super-great - was sort of, well, meh.

Plotlessness is one thing, but we couldn't even figure out this film's supposed genre. Was it a hard-nosed crime thriller? Shashi's stern and unhappy police officer made us think so, especially when he gets his ass kicked by that random dacoit (and, by the way, who the hell was that dacoit?!) - it's rare for a masala movie to acknowledge that violence isn't all slapstick somersaults. Also, the treatment of Prem and his wife was quite cynical - he, a lecherous and unhappy husband looking for any opportunity for escape; she, a shrill and morally bankrupt leech. But if the vibe was supposed to be semi-serious, why this weird subplot about the Madman and the White Horse?

This whole serious-and-seriously-lacking-a-plot vibe gave us horrible flashbacks of Atithee. However, thankfully, we enjoyed Rahu Ketu much more than Atithee. In fact, even though it lacked plot, action, interest, color, good songs, characterization, genre and a point, Rahu Ketu was still sort of... well, relaxing. We think the reasons behind our agreeable acceptance of it was: 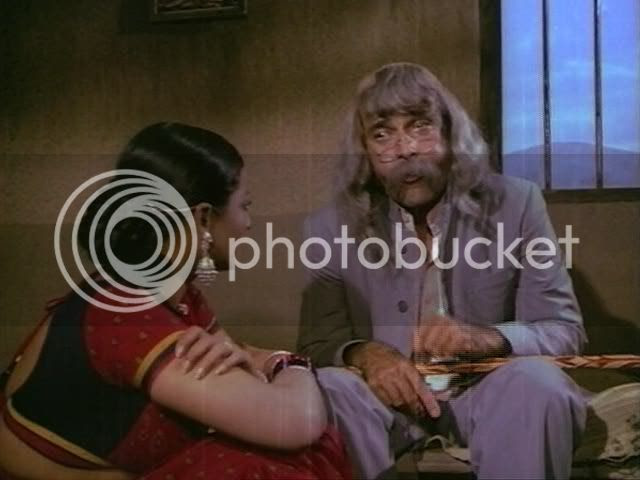 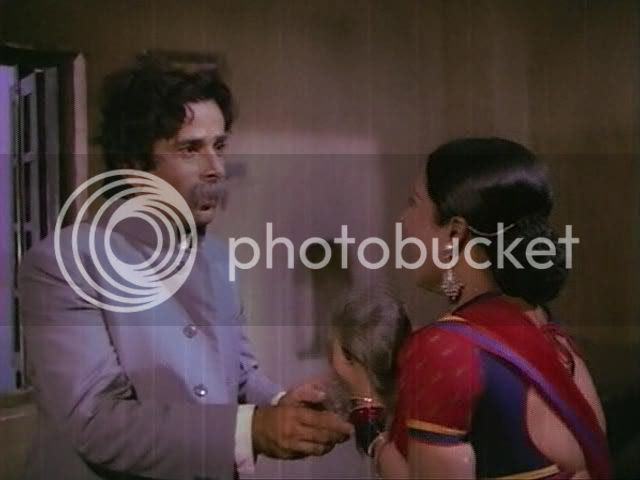 OMG SHASHEE!!!
Posted by a ppcc representative at 00:21

I'm glad to see you're back to providing me with entertaining screencaps of The Shash and Pran in their natural habitat: 70s masala.

Hahahaha! I love this post. I don't think I'll see the movie at all, ever, but OMG that summary was the BEST way to start my Wednesday.

I love Premnath and Pran- and to have em together- with Shashi- bliss! :D

Hmmm. Have you received Vijeta from India Weekly yet? If you have, want to do a watch-along? I have tried to watch it and fallen asleep. It is too highbrow for me.

This seems much more my speed.

Somehow it reasssure me that you couldn't make sense of this either. It is painless enough to watch, once on abandons any attempt to understand the plot.

Even so, any idea why Pran is in disguise for much of the movie?

Filmi Girl - Hee, no prob! Anything to advance the science of Prashashology.

Shweta - Yeah, I was really excited for the combination (as I also love Rekha), but it was pretty lacklustre. Everyone seemed to be checking their watches for when the workday was ending.

Gebruss - Well said! Unfortunately, can't help you out, I have absolutely no idea what Pran's dual personality thing was about.

You crack me up. That last caption, channeling what we all say when we watch! So delightfully wacky old Civil War general (wearing Nehru jacket).

I'm not going to watch this, but I'm really glad you did. The Shashi Pradesh budget office is proud of its program of not duplicating efforts. Which is why I expect to watch Ajooba alone.