Peter Chan's Tau ming chong (The Warlords) brings together three towering icons of popular Chinese cinema: Jet Li, Andy Lau and Takeshi Kaneshiro. This historical war epic is much less elegant than the wuxia-style martial arts films which have become popular in the West ever since Ang Lee's Crouching Tiger Hidden Dragon. The Warlords, like its title, is a film almost fanatical in its love of war; it is bloodlust on celluloid. Expect no elegant flying through trees, no bloodless Buddhist scuffling, no meditations on discipline and duty. This is a film where limbs fly, gore splatters, and the noise is deafening. 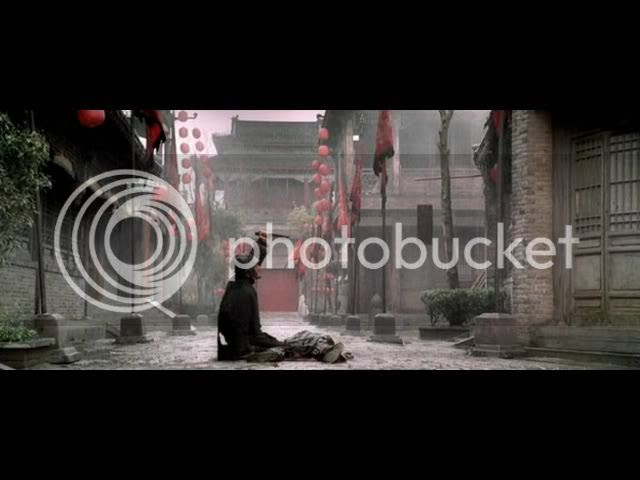 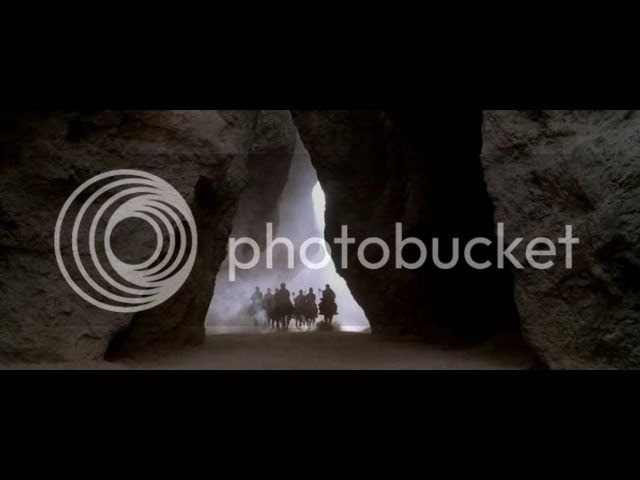 In some ways, it resembles Kenneth Branagh's Henry V in showing the exhiliration and horror of the battlefield. Like Branagh's film, it follows an army making its bloody way to history. And, like Henry V, The Warlords is careful to emphasize the honorless, hero-less difficulties of war. It glorifies nothing, though it does sometimes linger on particularly nasty details like a macabre voyeur. The three heroes of this film - the ruthless and tormented Pang (Jet Li), the slightly more moral but equally tormented Er Hun (Andy Lau), and the blindly devotional Zhang (Takeshi Kaneshiro) - wax and wane in their morality. They are ambiguous, violent creatures - sometimes revelling in their success on the battlefield, sometimes appalled by it. Just as greed was the driving motivation of everyone in Zatoichi Meets Yojimbo, hunger seems to be the driving motivation of everyone in The Warlords. Literal hunger drives the former bandits Er Hun and Zhang to become soldiers, and hunger for military validation drives Pang. In one sequence, a siege ends just because both sides are just... so... hungry! 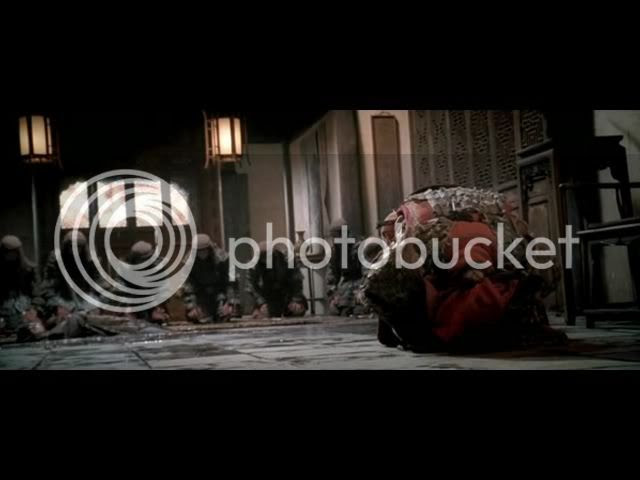 And yet more excellent composition.

The plot is very strong. The film opens during a vicious battle, and a moment later, we are shown the smoking carnage. From a pile of corpses, Pang emerges, dazed and unharmed. He stumbles along dusty country roads, eventually following Lian (Jinglei Xu) back to her village, obviously starving. There, he breaks down and tells her: he was a general, but all of his men died, and he had played dead in order to survive. "He died in that battle," the narrator informs us. The narrator - who continually intimates to Pang's moral backslide - turns out to be the (unbelievably handsome, but no matter) Zhang. After tussling with Pang over the latter's shiny boots, Zhang is revealed to be a bandit - since Pang is such a good fighter, he invites him to join their bandity crew. Leader of the bandit crew is Er Hun (Andy Lau), who is introduced to us as rough, vicious, but with a dose of honor. After every fight, he pours a drink to his fallen comrades. Zhang, Er Hun and Pang attack a passing army in order to steal their food. When Imperial troops charge their village, humiliate Er Hun and demand that they give themselves up, Pang hatches a better scheme: join the army! 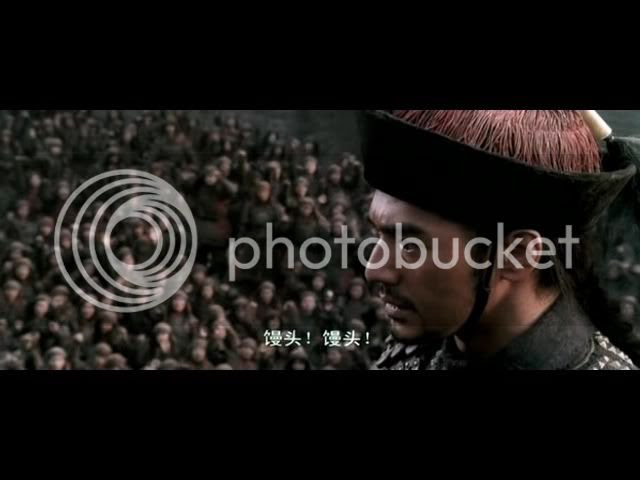 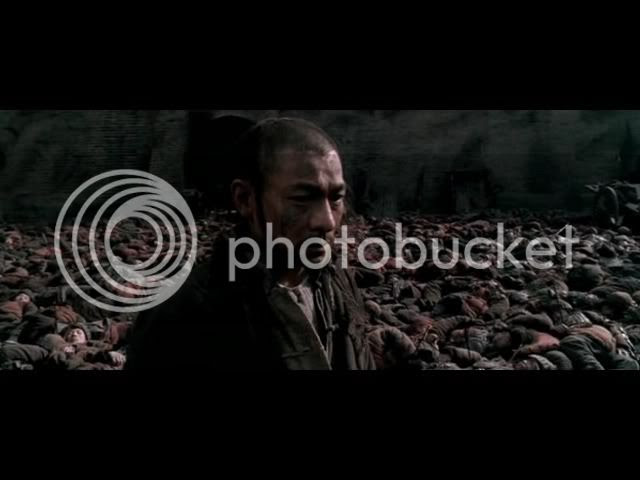 Naturally, everyone is stunned. This is the dishonorable, cowardly general, who just attacked his own side after joining the bandits. Pang, however, reasons that the army will give the men in the village a steady supply of income and food. Zhang suggests that the three become blood brothers - since no one trusts Pang's suggestion, only by the ceremony of blood brotherhood will they agree to join the army. Of course, Zhang ominously narrates during these scenes: "Pang later told me he did not believe in the blood brothers ceremony."

And off they go! While Er Hun and Zhang are teased as country bumpkins by the Imperial commanders, Pang impresses them with his ruthlessness. Soon, the three men have become veritable warlords - winning battle after battle thanks to Pang's tactics and Er Hun and Zhang's bravery. This is certainly the first movie the PPCC has ever seen where warlords are given a musical montage of success as if they were the underdog baseball team continually winning upsets. Anyway, along the way, a number of difficult moral situations are presented, establishing a tense triumvirate: Er Hun finds it more and more impossible to stomach the ugliness of Pang's belligerance, Pang is becoming more and more blindly ambitious, and Zhang is getting caught between the two - doing Pang's dirty work, but feeling as bad as Er Hun does about it. 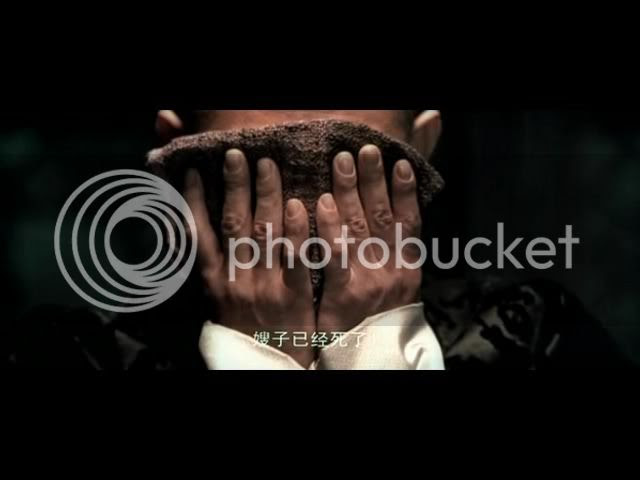 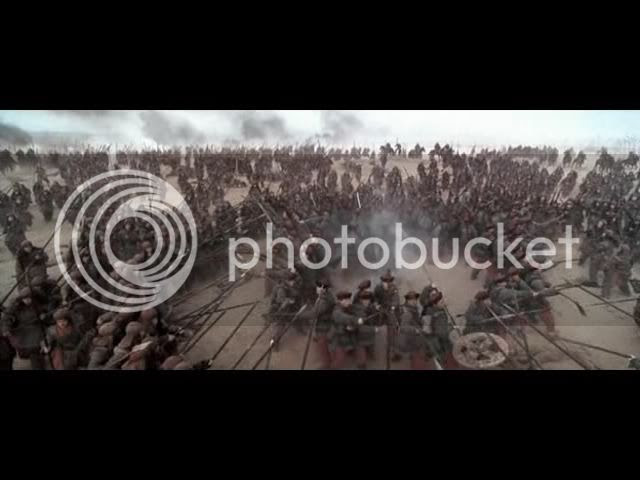 Do I even need to say it?

At its best, the film is exhilirating, epic, devestating and fun. The sequence with the SouZon prisoners of war is very powerful, and the following sequence of the three men's rise to power - where cuts of a meta-play-within-the-film are interspersed with the actual events - is truly wonderful. Yet, at its worst, the film turns macho and melodramatic. The music is relentless, and while it hits the right notes sometimes, we spend a lot of time listening to cheesy bombast. The emotional cues are overpowering and (mostly) overdone - again, with the exception of the SouZou POW scene, which was large and loud, but absolutely spot-on.

Jet Li is wonderful when he plays ruthless, driven characters - such as the nameless protagonist in Hero - and here that ruthlessness is wonderfully complex. For a character that shows vulnerability so early on, it is remarkable to watch Pang harden into the film's villain. Also notable is how beefy and tired he looked compared to other roles. But maybe Jet's just gettin' older.

Andy Lau is great as the tormented Er Hun - we've seen him play sinister before (Infernal Affairs, House of Flying Daggers), and we were expecting more of the same here. Yet he surprised us continually by softening into the film's screaming conscious (literally). He also looked very beefy and exhausted, though this was integral to the role. Or maybe Andy's just gettin' older too.

Meanwhile, the deceptively innocent good looks of Takeshi Kaneshiro are used well in this - his boyish charm and easy smile masking a frighteningly weird logic. It's easy to forget that he's the blood brother who is the most violent - because, even as he commits the film's gravest evils, he does so without malice. Once again, the SouZou POW scene is a good example. (And it doesn't appear that Takeshi's aged a day since heating the screen in House of Flying Daggers.) 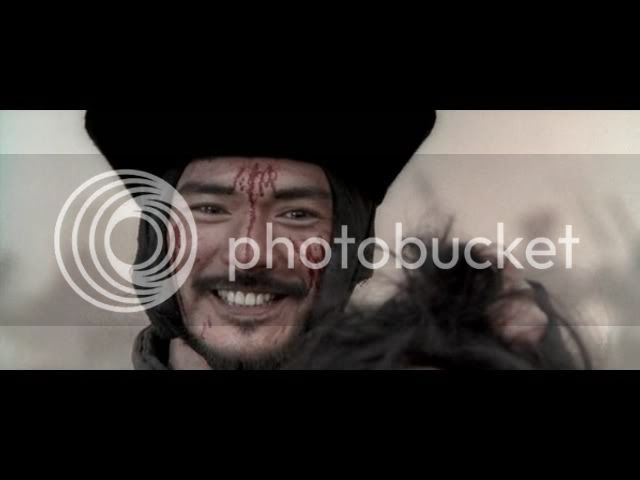 He's holding a head in this scene.

Overall, a really interesting film in terms of its themes and complex characterizations, but expect a good dose of cheese as well.

Posted by a ppcc representative at 04:24