Disclaimer: The PPCC watched Raj Kapoor's Barsaat (Monsoon) with fellow blogger and owner of our single brain, Beth. As a result, the PPCC was a bit distracted by the fun chatting and we spent a lot of time going, "STUD IN THE HOUSE!" instead of actually listening to what Raj Kapoor or Prem Nath were saying. Well, what can ya do? STUDS. 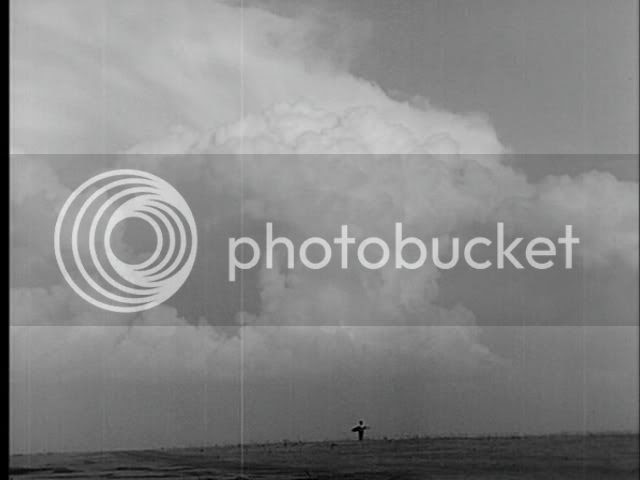 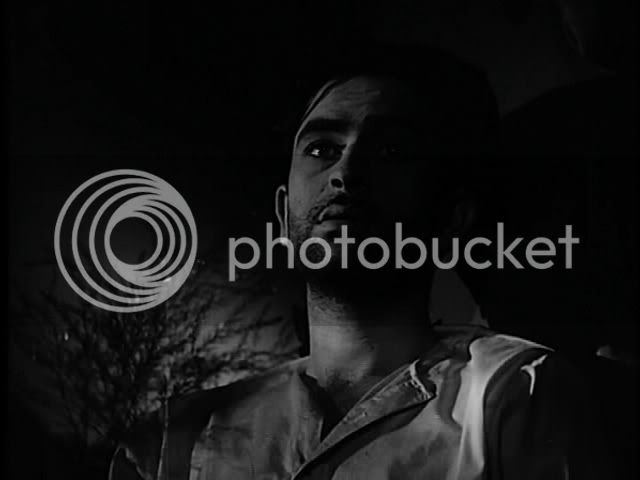 The plot: Gopal (Prem Nath) and Pran (Raj Kapoor) are two studs on the prowl, cruising along the Indian countryside in their trendy wheels. It should be noted that both are phemonally good-looking. Anyway, Gopal is a bit of a dallier - he's got a girl in every hamlet, you know what I mean? Meanwhile, Pran is the sensitive poet of the two. So far so standard. Every year they rock up to a hillstation or something. Gopal pays a visit to his frequent lay, Neela (Nimmi), a poor mountain girl who does nothing but wait for him to return. Pran, like the PPCC, is disgusted and highly disapproving of Gopal's dallying, but, well, what can ya do. The two rent a house from some dude whose daughter happens to be the likable Reshma (a gorgeous, young Nargis). Both men are taken with Reshma - as would anyone, she's just so cute! - but for Pran, it becomes something more, and soon enough, the Raj-Nargis energy supply source is activated. Honestly, the heady scenes of their courtship are reason enough to watch this film, and the PPCC spent most of the time gushing to Beth about how gorgeous Raj is, how wonderful Raj-Nargis are, and - OMG - are those the looming Sitars of Sex, I hear? 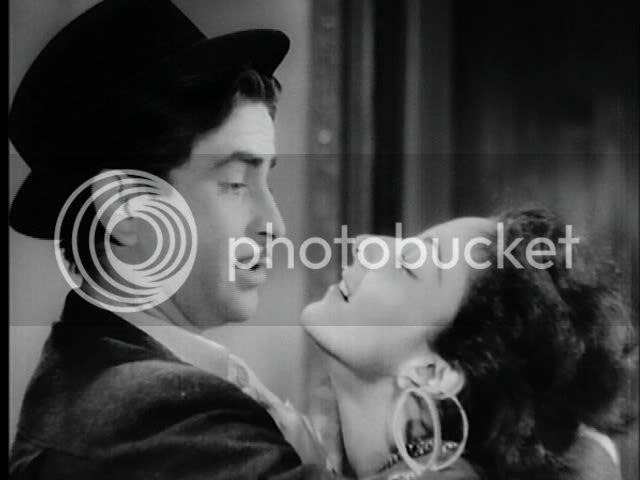 The Raj-Nargis chemistry, on high. 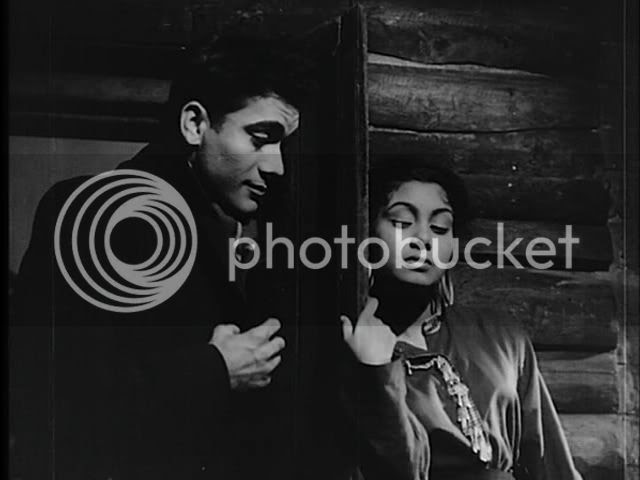 Prem Nath's looking quite the stud himself these days.

They're actually not, we were just having Dum bhar jo udhar munh phere flashbacks. Pran and Reshma have a platonic-yet-passionate courtship, and soon enough the wedding sitar - no, violin - no, shehenai - is playing. But one evening, when Reshma's father catches Reshma on her way out to meet Pran, he assumes - like the PPCC did, honestly - that she's going to get some Raj some'n some'n. There follows a bizarre scene that ends with Reshma sort of drowning.

Now begins the usual forced separation of intensely-in-love lovers. Reshma is fished out of the river by the huge brute, Bholu (K.N. Singh, who plays Jagga the Dacoit in Awaara). Bholu, struck by Reshma's prettiness, decides he will wed her as soon as she comes round. Meanwhile, Pran, presuming Reshma is dead, spirals down into the usual unwashed, unshaven lover's depression/madness thing. The lovers get to sing matching his and hers songs of painful longing, as well as a gorgeous duet - Chodd Gaye Balam (My beloved has left). Several close calls occur, according to the Law of !ncredible Indian Irony, where the lovers are almost reunited. Much drama occurs of the usual La Traviata style and we should note that, in the end, the PPCC cried. 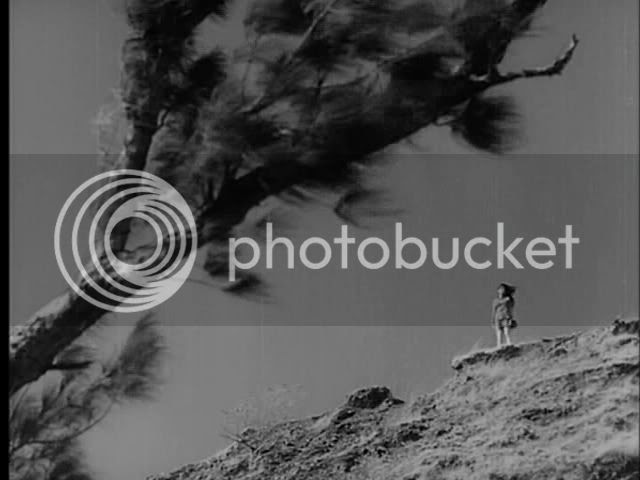 Barsaat shares many similarities with Raj Kapoor's later work, Awaara. Both feature strong, stylized visuals that make ample use of dramatic lighting, sharp diagonals, textured black and white, and frequent shots of the sky. The music in both includes at least one large choral number and a couple longing solos - as Philip Lutgendorf's review aptly describes, these songs are like arias which lend an operatic-feel to both films.

Indeed, Raj, when he was on top of his game, had a humanistic grandeur that is just immensely satisfying to watch. When Raj was good, he was really good. Better than his brother, the PPCC's beloved Shashi. Better than anyone else in the Kapoor clan. Better even than Naseeruddin Shah, the PPCC's benchmark for Best Indian Actor. Raj was transcendental. 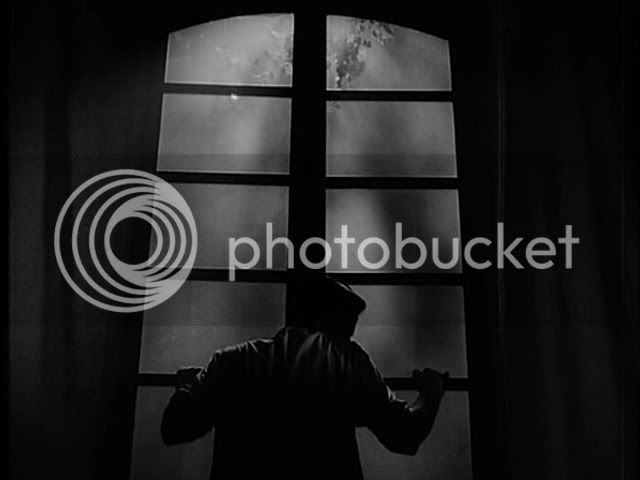 Do you feel the drama? FEEL THE DRAMA.

Unfortunately, Raj was also highly, highly variable. The PPCC has seen 5.5 of his films so far: this, Awaara, Teesri Kasam, Sangam, Aag, and half of Shree 420. And our verdict on these films and, specifically, Raj's performances, has ranged from transcendental to, well, astonishingly bad. It's not that he was an incapable actor. It was just that he was clearly very talented, and he seems to have become very well-appreciated at a very young age (his first film as a director was Aag, which came out when he was 24), that his performances could sometimes feel incredibly self-indulgent. A bit like the Kenneth Branagh effect (though, OK, Kenneth gets a lot of flack and Indulgent Ken has never been as difficult to digest as Indulgent Raj).

Also, his most famous persona - the Chaplinesque tramp character of Shree 420 and some scenes in Awaara - now rings annoyingly cheesy to our 2008 eyes. As a result, the PPCC has never liked over-the-top comedy Raj, nor have we liked over-the-top melodrama Raj - both performance types are so loaded with affectations and self-conscious posturing. Instead, when Raj was restrained - Teesri Kasam is a perfect example - he was so good. SO GOOD. In Barsaat, we would estimate that he was about 60% amazing Awaara Raj, and about 40% OTT Raj. This is a tolerable mix, and makes for generally fine viewing. 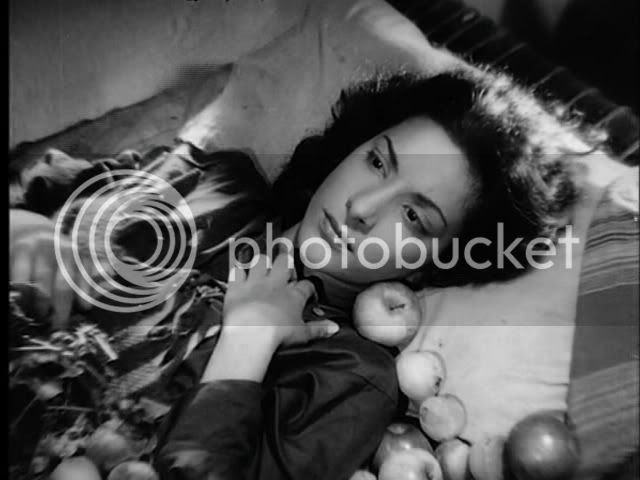 Aww, Nargis was so pretty in this. 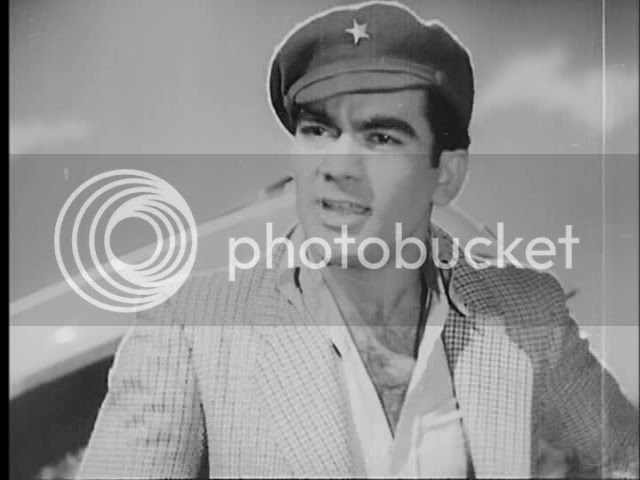 The Mao hat, which Beth spotted first. Later in the film, the actor who plays Bholu's local pandit looks Chinese, too.

But that's only talking about his performances. Director-wise, we have enjoyed all of his films (with the possible exception of the overused two-tone color filters he used in Satyam Shivam Sundaram).

The music of Barsaat is, as usual for Shankar-Jaikishen, top-notch. There was an interesting selection of classical Western pieces which serve as background music - we're philistines, so we can't tell you who they were. Uh, Chopin? Beethoven? Liszt? Honestly, it could be anyone. We have no idea. But we do know that our favorite song was Chodd Gaye Balam - such bittersweet melancholy! Such transcendental bliss! Clearly, Chodd Gaye Balam is the new Ham Tujhse Mohabbat here at the PPCC. Chodd Gaye Balam is like Madeleine L'Engle's A Wrinkle in Time, if the latter was an old Hindi film song and not a young adult book. You know what we're saying? SUBLIME FROM ANOTHER DIMENSION.

Posted by a ppcc representative at 13:00

The shared brain is not telling me how this happens, but somehow we 1) do in fact share a brain but yet 2) do not always agree completely, especially on Byronic types! Whoa!

My share of the brain has so far come up with the astounding insights that 1) this movie is pretty and 2) love is powerful but can have effects both 2a) good and 2b) bad, and also 2c) if you have sex without being married it is more likely that love's effects will be 2b) bad. I am really new to Raj so my thoughts must be filtered through the shrugging of ignorance, but even with that limitation in place, let's hope I come up with something else to say. I'm sure there's more to Barsaat than that.

The BIA benchmark is v interesting. I don't know what mine is and I hope others will confess theirs.

Oh. I FEEL the drama. That shot (of him standing in the window/door thingy) is so beautiful. Also so is Raj.

Despite the role he got to play, my vote is with Premnath instead of Raj- the latter just has done those petulent, sissy, self-indulgent, tragic (and I could go on) always that I cant make myself sit through his movies. Thankfully, you sat through it, and now I wont feel I have to :)

Shweta, you are making me laugh and laugh. Those are all reasons I run away from Byronic types. Ha! Raj and I may have a very short-lived relationship indeed.

Beth - I was kinda hoping your review would cover all the more important things, like gender relations, since you weren't blinded by the hotness of Byronic Raj.

OMG and Kenneth Branagh gets so much shit, but he's wonderful.

Ajnabi - Yeah, these movies are very pleasurable because he was such a fun, opera-style director (duh duh DUUUUUH) and he was also, before about 30, really good-looking. Double trouble!

Shweta - Aww, yyyeeah. Well, as I said, Raj could become really difficult when he went OTT and clearly he loved himself. Prem too was a STUD. And I actually cried for his plot, not for Raj's.

Great film, love the expressionist visuals. This is my favorite Raj Kapoor (as an actor) film that I have seen up to date. The one's that I have only seen are, Aag, Barsaat, Awaara, Shree 420 and Mera Naam Joker. I really want to see Teesri Kasam and Jis Desh Men Ganga Behti Hai. But I like the young depressed Raj and the flirty Raj. But not the Joker or the drama queen Raj.

I'm with Shweta, give me Prem Nath and I'll push Raj over a cliff happily. Sorry.

I can't seem to help myself any more. I'm done with RK. Glad you enjoyed it though peeps!

You like Raj; I think I officially love you. :)