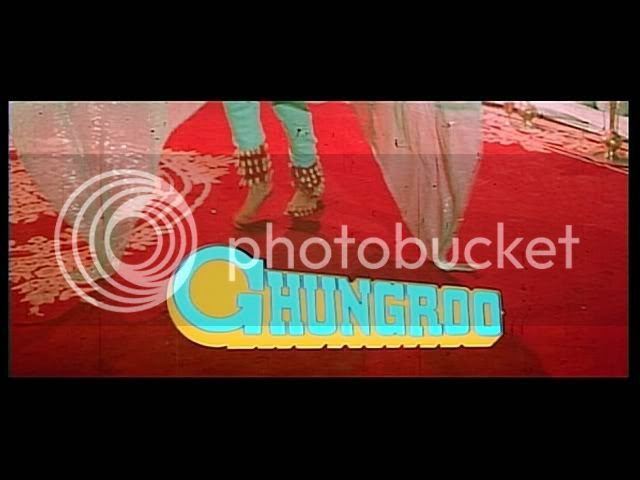 We loved Ghungroo (Jingly Anklets; our crappy translation, here's a better one). We loved it so much. As we watched it, we kept having to periodically thrash around and grab our hair and exclaim, "I love this movie!"

It worked on many levels: from enlightened and progressive gender relations (yeah!), to pitch perfect details (yeah yeah!), to beautifully understated and poignant acting from Shashi and Smita (yeah yeah yeah!). Ever since Naseer commented that the tragedy of Shammi is that he never made a great movie, we've been looking for the "great movie" of Shashi's, as well. While it's definitely not perfect, Ghungroo is great!

In the last years of the British Raj, the local Dewan (Chief Minister) Vikram Singh (Shashi Kapoor) stops under the window of a courtesan's parlor and admires her voice. He is hearing the voice of Kesarbai (Smita Patil), your usual, put-upon courtesan of historical Hindi movies. Think Umrao Jaan, Pakeezah, and so forth. Vikram is destined to run into Kesarbai again, when she visits the palace to perform for the young prince's birthday. She does her song and dance thing, and he is absolutely smitten, and they begin an illicit affair, wherein he promises her that he'll release her from the shackles of courtesanliness. Symbolically, he buys her ghungroo and gifts them to her. You are free now! 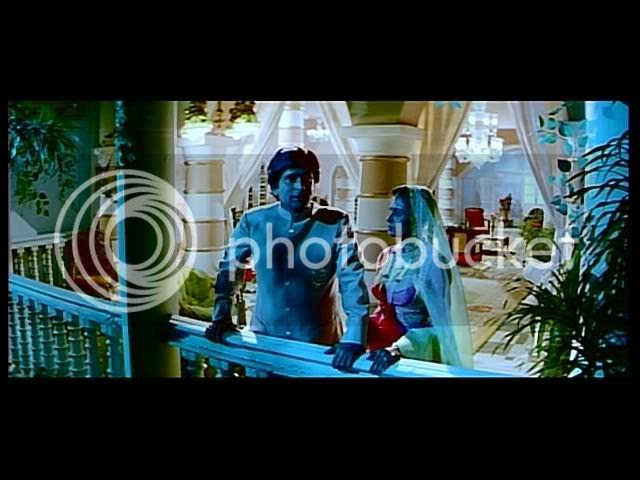 We liked the super-saturated look of this scene. 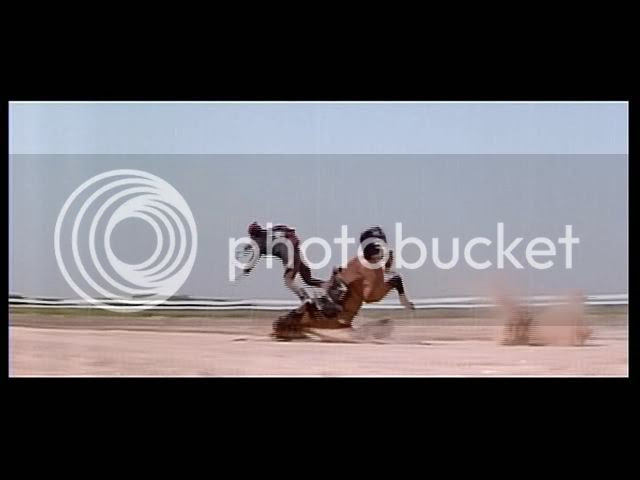 Alas, early happiness never bodes well in Hindi films, and soon enough, the evil palace uncle Virat (Ranjeet) connives to ruin their plans. When he tells the Queen Mother (Waheeda Rehman) what her Minister and the courtesan are planning, the Queen promptly marries Vikram off to the fresh-from-London Princess Priya (Padmini Kapila, wearing hideous contact lens). In one of our favorite and most painful scenes of the film, Kesarbai arrives at the palace, all ready for the engagement ceremony, only to find Vikram engaged to someone else and waiting to bind her in the ghungroo again.

We have to pause and exclaim: this scene was lump-in-the-throat perfection! It combines some of our favorite things about Hindi cinema - the painfully beautiful courtesan's ghazal, terrible irony, and Shashi Kapoor (in pearl earrings, no less!) - and executes it all wonderfully. The underplayed, mute despair of Shashi and Smita, juxtaposed against the melodramatic music! The symbolism of the ghungroo - shackles of gendered slavery! The mirrored helplessness in Shashi's character, also bound by traditions and conservatism!

It's just so vicious and wonderful!

We love LOVED this song. You can watch it on YouTube, contextless and lacking the most excellent introduction. But at least you can see the wonderful moment when Smita shakes the ghungroo in Shashi's face - so aggressive and furious at their combined disempowerment! 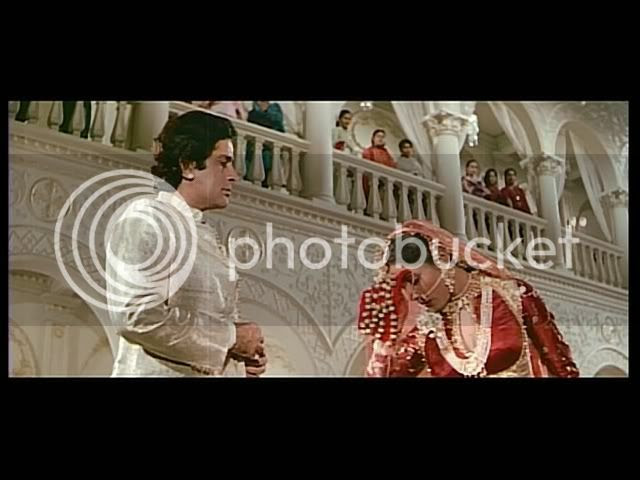 Tearing ourselves away: after Vikram is married off to Princess Contact Lens, Kesarbai gives birth to a baby girl. Her long-time admirer, the manly Suraj (Suresh Oberoi, father of Viveik), shelters her and her daughter as if they were his family. Meanwhile, Princess Contact Lens, knowing that her lovely Shashi's heart is already spoken for, takes to self-destructive drinking and driving, which leads to her death. 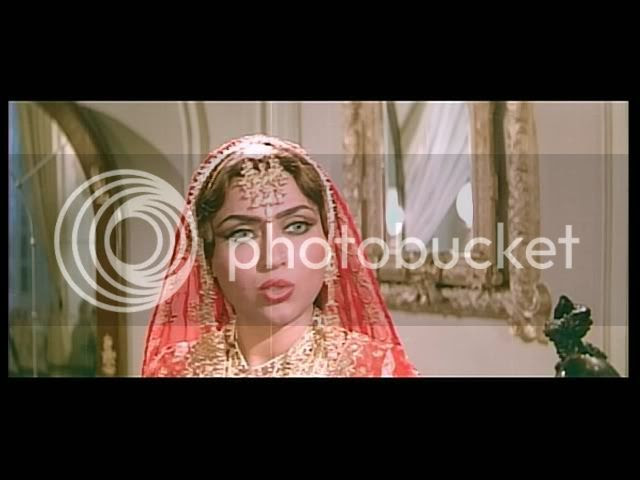 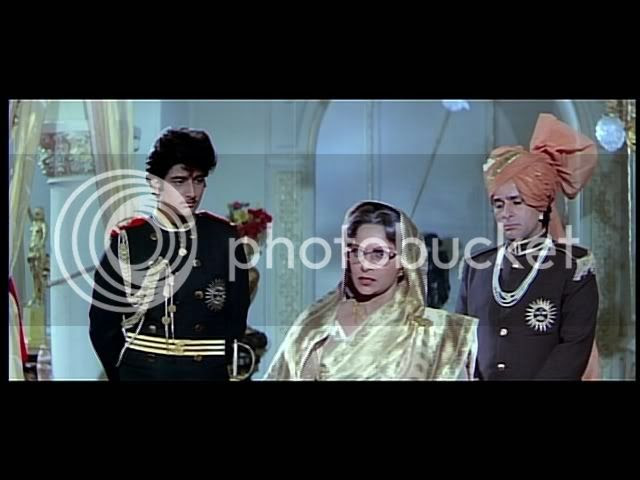 Prince Peach Fuzz reminded us a lot of Paul Atreides from David Lynch's Dune in that outfit. Fear is the mindkiller! Check out Shashi's adorable This Is My 'No Comment' Face and Waheeda's bug-eyed conservatism.

Fast forward ten or fifteen years. The young prince is now a strapping Rajkumar (Kunal Goswami), all gangly tall and peach fuzz moustache. Rajkumar is a likable, easygoing sort who doesn't see all the fuss with royal pomp and class/caste distinctions. Meanwhile, Vikram and Kesarbhai and Suraj's daughter has grown up into the plucky Renu (Komal). Renu is an ass-kicking heroine. In another one of our favorite scenes, she is on her way to college when she encounters a little girl fearfully hiding behind the bushes. The girl is hiding from a young loutish type who harasses the girls on the way to school. Renu promptly confronts him and, literally, kicks his ass. This scene is great! Shashi spots her from the royal car and quickly gets out to congratulate her on asserting her girl power. He offers to reward her with something, and she asks only for some fatherly blessings, which naturally provoked some verklempt-ness on both Shashi and the PPCC's part. 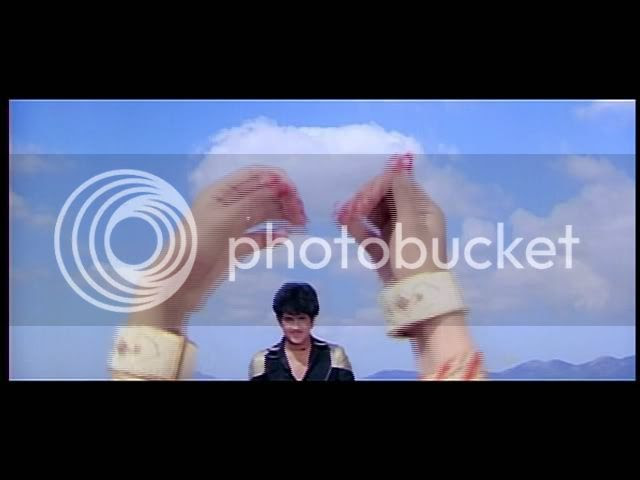 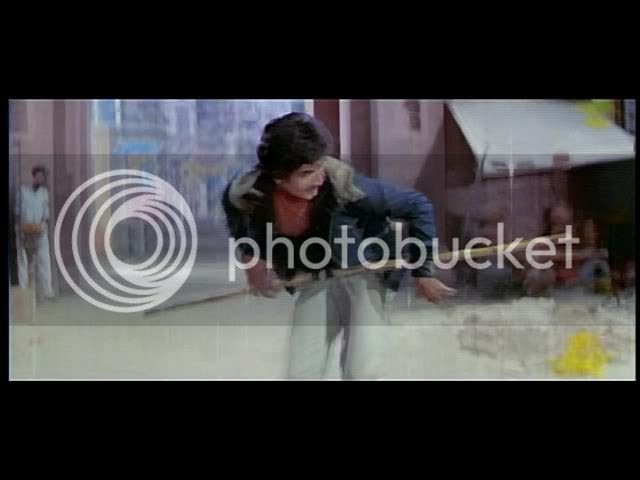 In the movie's weirdest symbolism, Rajkumar fights off some goons after sticking a rigid pole in his pants. He then literally drops it after meeting his potential father-in-law.

Anyway, as is expected, progressive and empowered Rajkumar and Renu fall in love. The rest of the film is about crashing through societal barriers, conquering obstinate traditionalism and classism, and, of course, kicking Ranjeet's butt. The second half of the film has a considerably lighter tone than the first half, but don't worry, none of the original seriousness is undermined and it's great throughout.

We liked so much about this movie. It was with great pleasure that we watched the shackled Vikram and Kesarbhai find their belated freedom in the younger generation - what a hopeful message and touching narrative structure! The overall gender relations were also fascinating and positive: the most powerful figure is a woman (the Queen Mother), and our sympathetic heroes - Vikram, Suraj and Rajkumar - constantly struggle to get those damned ghungroo off of Kesarbhai! In the end, even caste-ism/classism is targeted, and Rajkumar (literally) opens the palace doors to the proletarian masses and ushers in a more democratic form of government.

In terms of performances, Smita and Shashi really make this film. Their scenes together underline the entire narrative with emotional investment and believability - you want them to be happy, and you suffer when they do. Although the younger couple - Kunal Goswami and Komal - are likable, Smita and Shashi are incredible. Smita's best scene, we think, is all that surrounding Tohfa Qabool Hai. It's the only time in the film when we see her carefully concealed anger and hurt, and it's so powerful! OMG we felt so horrible for her as well in this scene - all dressed up for the wedding and ready to go. We've watched the scene repeatedly, and every single time we get verklempt when she puts the ghungroo back on.

Shashi - who normally gets relegated to super-objectified "fine, plastic doll" status at the PPCC - earned our respect big time in this role. It was interesting to see him playing his usual bourgeoise icon, and yet be visibly so disempowered. He was wonderfully subtle - such as when he was in the background, visibly muffling a smile at something the Rajkumar would say - but his best scene, most definitely, was the long-awaited Reunion Scene. We listed the Best Reunion Scenes in our review of Salaakhen, but Smita and Shashi's reunion in Ghungroo might be topping the list at #1 or #2. 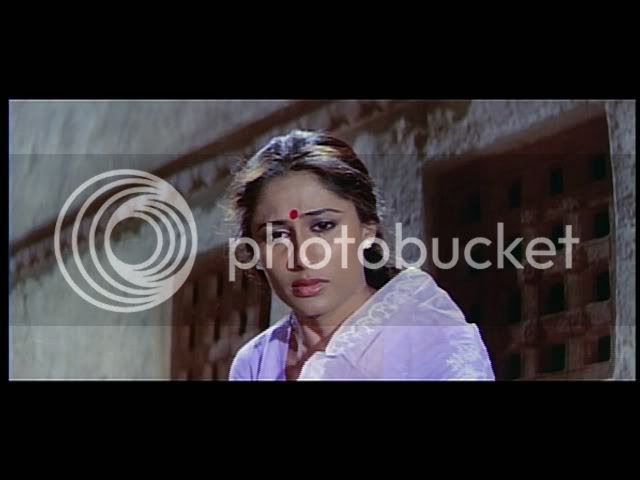 Getting verklempt again! Middle-aged love is so touching, and so rarely explored. "Let Rome in Tiber melt, and the wide arch of the ranged empire fall! Here is my space. Kingdoms are clay." - appropriate for this film, wethinks. 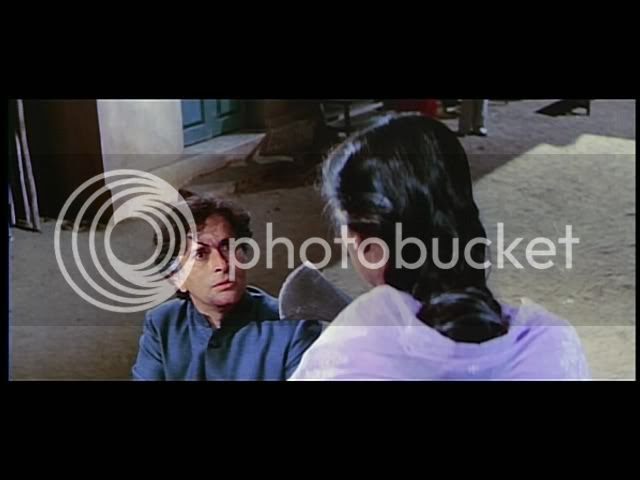 We didn't think Shashi could improve on his fab ability to register shock. But he did. Oh yes. He definitely did.

We smiled when we saw the IMDb ratings for Ghungroo - apparently it's a big hit among women. That might be expected, given that it's a pro-feminist (FINALLY) parable using a historical romance framework. If any of you PPCCers out there have seen this, we'd love to discuss this further as we really could go on and on and on...!

Posted by a ppcc representative at 00:54

Pole in the pants that falls upon facing potentially disapproving and decidedly unsexy idea that love interest hash a parent? Seriously? Ha. That doesn't sound like it fits with the classy, non-slapstick, tone of this movie at all!

One: I knew Naseeruddin Shah was a Shammi fan too, but what a great great interview with him about it!!! Had never seen it, thank you for the link!

Beth and memsaab already said what I was gonna, so I'm just left with a question: dude, what's up with the hatchet in the last screencap? Fun review! Thank you!

PPCC I too, remember scenes where Shashi in the background is rolling his eyes and trying to muffle his smile - showed what an experienced actor can do against a newbie! Have to rewatch the re-union scene - dont remember it so well! :-)

Felt the first half of the movie had Shashi looking too old for Smita - it was worse than the May-December thing in Bezubaan! And, I think it was fairly typical of the sad courtesan stories of 80s and 90s (Umrao Jaan was a bit different) with all the emphasis on taking off/putting on ghungroos and the ultimate wish of the courtesan being marriage.

Did you notice Kunal is Manoj Kumar's son? He did make some horrible movies, but I find nothing bad about this one at all.

Like Greta, I love Shashi's greying temples (rofl) and I am certain they overshadowed every shortcoming this movie may have had.

Beth - Aww, I LOVE the tragic courtesan genre, so this film was just a triple whammy: tragic courtesans, Shashi with greying temples, AND a progressive message! As I said to Greta, if you get your hands on, can we pliiiz do a watchalong? I must share!

There was another really blunt, funny symbol in the film, but I've since forgotten. Yeah, that fight scene is a bit embarrassing to watch!

Memsaab - 1. No prob! It is a great interview, na? Naseer is so adorably grumpy in his defensive "What's wrong with loving Shammi?!"-ness. 2. OMG watchalong. Will e-mail. 3. Completely agreed! Someone else was saying that too, I think (on the review for Kalyug perhaps?). He looks so classy!

Ajnabi - I was wondering when someone would comment on the hatchet! He's actually about to hatchet Suraj to death, but Smita stops him. The scene was really surprising because Shashi looked like he really was going to start crying. Or possibly laughing. It was INTENSE.

Bollyviewer - GASP! Do you have this movie? OMG join the watchalong! I agree that the age difference between Shashi and Smita was initially a bit jarring... I was actually a bit confused at times whether Shashi was supposed to be playing his age or not. Also, Smita was so young in this!

Shweta - Gasp, that's mini-Manoj?! Awesome!! He was quite adorable in this, though he was a lot more convincing when he was doing his Prince Nice Guy rather than his "I'm a bad-ass" scenes, which felt a bit like adolescent imitations of Amitabh.

You're in the greying temple brigade, as well! Wait til I finally get Vijeta and cap THAT. Aww yeah.

just came across ur blog looking for a review for naina.

what an awesome blog u have! and a great review for ghungroo. some of the things u wrote made me ROFL. Thanks a lot for the great reviews and ur sense of humor.

looking forward to seeing a lot of films with the help of ur reviews of course.