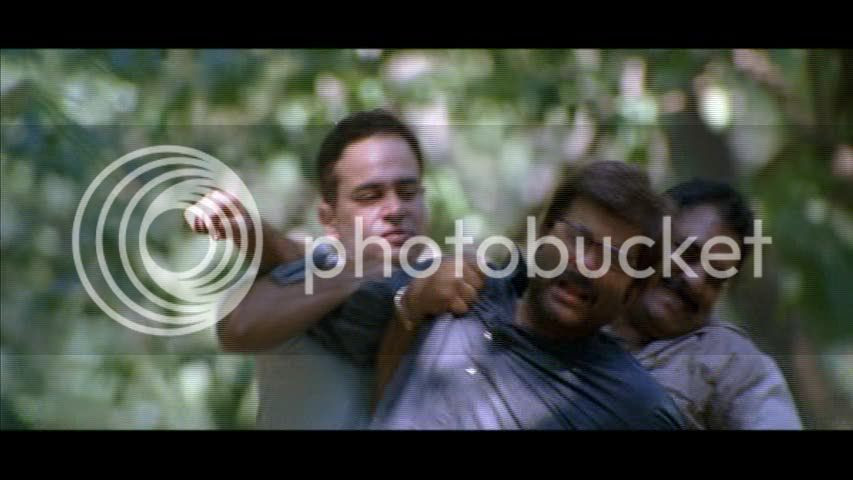 Yet another highly satisfying nuclear meltdown, brought to you by current PPCC favorite and Toshiro Mifune-esque Anil Kapoor.

My Wife's Murder tackles the gender-insensitive taboo plot of the meek husband who inadvertently kills his nagging wife. Produced by current PPCC favorite, Anil Kapoor, and Bollywood's Misogyny King, Ram Gopal Varma, we went into it with some heavy misgivings. As Strange Horizons magazine notes in their submissions guidelines, stories where

"Man is entirely blameless, innocent, mild-mannered, and unobjectionable, and he kills his awful, shrewish wife entirely by accident, possibly in self-defense, so it's okay."

are pretty much sure-fire rejections. Now that we've watched My Wife's Murder, we can say that - while the filmmaking is top-notch - the story is still exactly what it says on the tin, and we don't like that sort of tin. Rejected! We can only hope that Anil Kapoor invests his money in filmmakers with similar technical talent, but with a more enlightened mentality.

The plot is exactly what Strange Horizons described. Ravi (Anil Kapoor) is an overworked and alienated video editor. He is "entirely blameless, innocent, mild-mannered and unobjectionable and he kills his awful, shrewish wife entirely by accident, possibly in self-defense, so it's okay." He spends the rest of the (very brief - under two hours) film attempting to cover it up, eventually dragging his swooning, young, pretty assistant Reena (Nandana Sen), her boyfriend (Rajesh Tandon), and his two children down with him as he flees from the confident Inspector Tejpal (Boman Irani). Much of the film is spent with Ravi desperately arguing that it wasn't murder, it was "an accident". Hmm. When you've slapped your wife hard enough that she hits her head on the bed and her brains fall out... well, premeditated or not, we call that voluntary manslaughter, yaar. Off to jail you go! 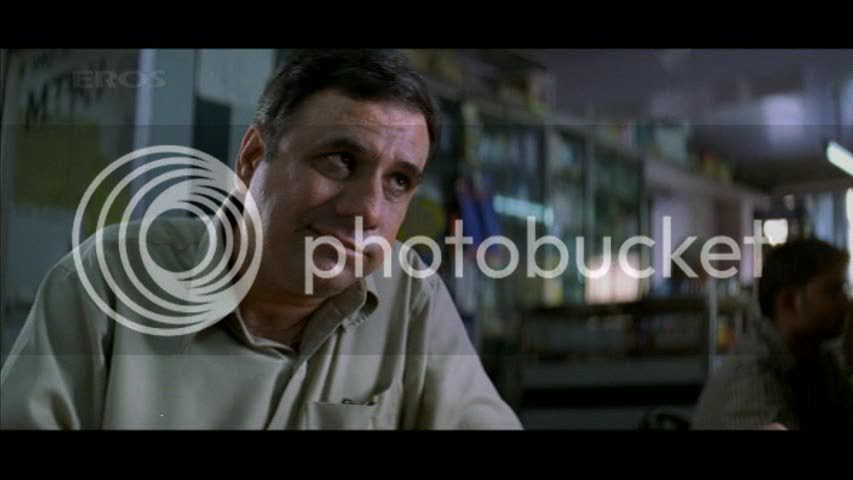 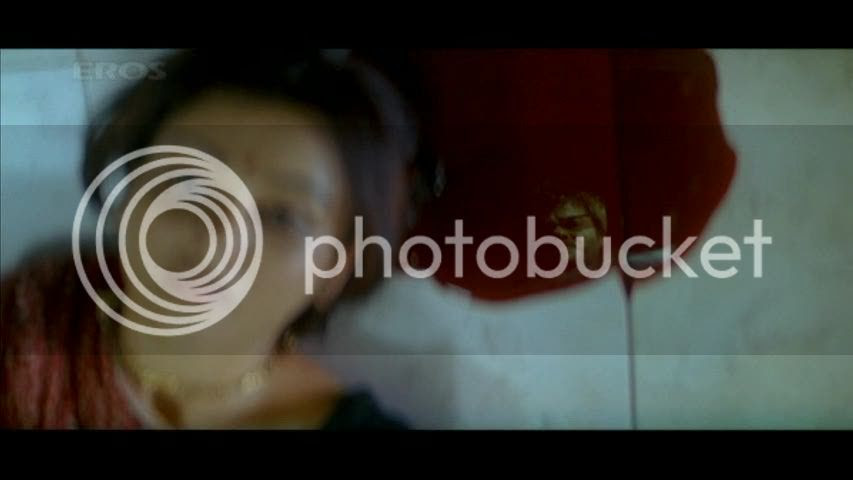 A great and creepy shot.

Indeed, while the film intends to sympathize with nervous, nerdy Ravi, and demonize the Inspector, we actually watched it in the opposite way: we were waiting with excitement to see how Inspector Tejpal would eventually catch Ravi. "Go, go!" we urged Boman Irani on. "Catch him!" It was at times painful, at times perversely enjoyable to watch Ravi go from cock-up to cock-up as he bumbles his way ahead of the police for... well, a few days. When he is finally caught in the end, we sighed in satisfaction.

The main problem with a story like this, from a feminist's perspective, is that it demonizes the victim. Ravi's wife (Suchitra Krishnamoorthi) is a caricature; as soon as he drags his weary way through the door, she's all over him with mindless ranting and accusations. We're supposed to feel sorry for poor, put-upon Ravi, so that when - ding, dong! - the witch is dead, we can sympathize with his panicked flight. He is, in the eyes of the filmmaker (ahem, Ram Gopal Varma), blameless. But that's a little hard for a thoughtful woman (yes, we do exist, Ram!) to swallow when Ravi hesitates to divorce his wife "because of the kids" but doesn't hesitate too much in dumping her remains in the river and then pulling his kids out of car wrecks to drag them limping into the woods with him (during the Fugitive-esque dennouement). Blameless, my butt. The fact that his swooning assistant, Reena, happily becomes his accomplice ("Ravi sahab's a great man," she says with a dreamy look) is just icing on the misogyny cake. And, even worse, in the end, even Inspector Tejpal can sympathize because - guess what! - he's married to a shrewish caricature, too! Oh, you poor lot of men. 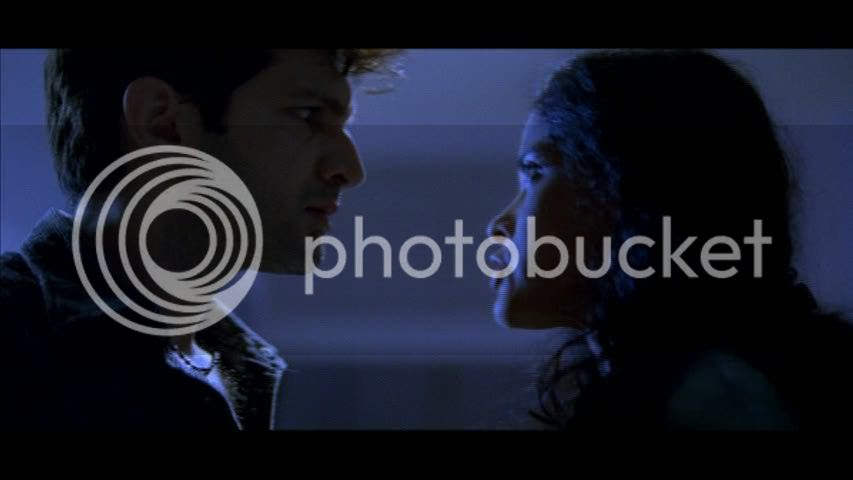 Rajesh Tandon and Nandana Sen and some excellent lighting. 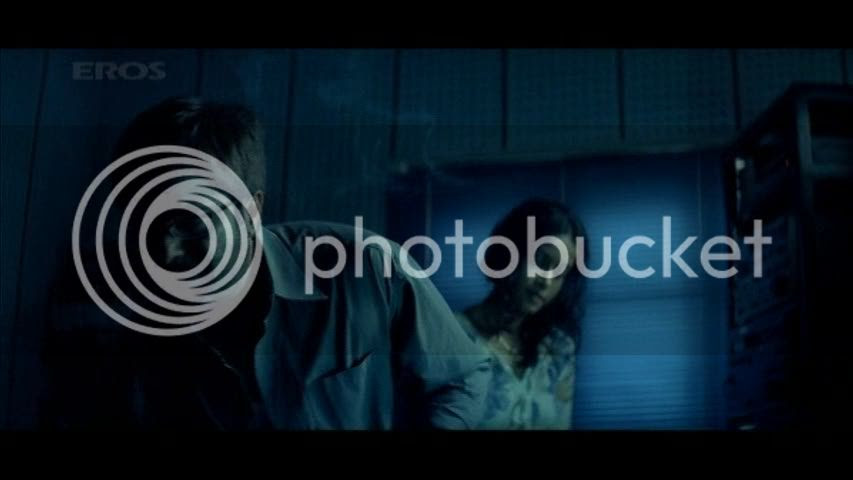 One review makes an interesting argument that this film is about reverse domestic abuse - that is, wives abusing husbands. However, while such a topic would be an interesting story to tell, we really don't buy that for a dollar with respect to My Wife's Murder - and it's irresponsible to pretend that we don't live in a world where men are more empowered than women, and where the direction of abuse is typically male-to-female. A film like this is more a glorification of that violence - "accidentally killing your wife can be OK!" - than any subtle argument for a minority of men's rights.

Now, while the story is abhorrent, the technique of filmmaking is excellent. The lighting, cuts and composition were very well-done, reminding us of the brooding cinematography in The Usual Suspects. This film had a great palette (muted blues, sun-dappled greens) and textures (the curling smoke of Ravi's endless stream of cigarettes, the inky pools of blood). The performances were also very good (though, again, the women had precious little to work with). Anil Kapoor is very effective in his spiraling, panicking decline. He sweats, stutters, hyperventilates and has various breakdowns. The final meltdown was wonderfully frenzied - gosh, he's good at those! Boman Irani, the new millennium's Anupam Kher, does very well in his role of the constantly-snacking, sly police inspector. Nandana Sen doesn't have much to do either than swoon dreamily, though she does get some interesting scenes with boyfriend Rajesh Tandon - scenes of domestic heaven and then domestic hell. Major, major kudos go to whoever played Ravi's son, Karan - when little, 9-year-old Karan shakes himself free of his father to stand his ground and declare, "No, I'm not coming with you. You're a liar. Tell me what's going on." We at the PPCC cheered, "Yeeeeah, Karan, you little bad-ass!" 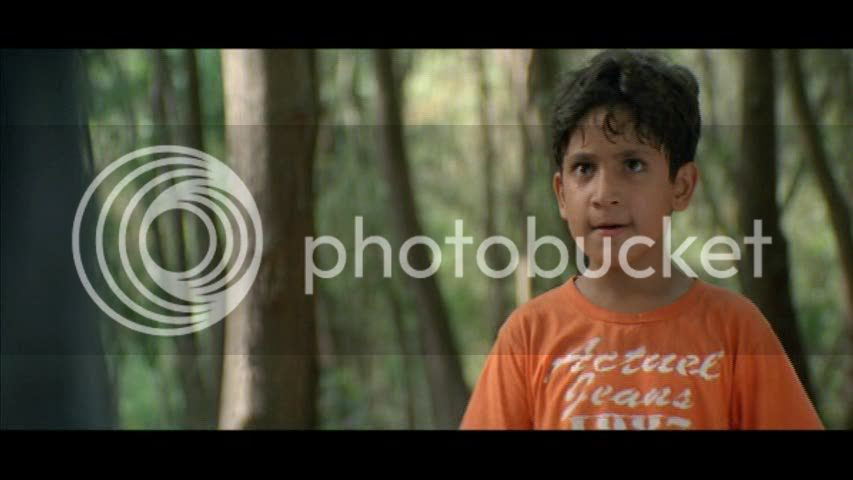 So what now, on the Anil train? Well, we think that, like Shashi, his sin is thoughtlessness. He doesn't seem to worry too much about the gender relations in his films - which leads him to making some really pro-girl films and some really anti-girl films. Since it's unlikely he'll be hiring us as his agent anytime soon (though, Anil ji, we're totally available!), we can only send out our desperate plea to the Internets: Anil, please try to be a bit more gender-friendly in your choices! Half of your fan-base is, after all, female!
Posted by a ppcc representative at 14:07

I think more than half of the Anil Kapoor Fanclub is all female! I kinda liked this movie, but the wife in question is such a caricature that it made it more obvious that she might fall down and die by an accident!
Btw have u seen jaanbaaz yet with two of my favorite rugged sexy men feroz khan and anil, its also got the infamous hay sex scene with dimple!

Considering the wife in question was played by Suchitra Krishnamurthy, who's been annoying me since she debuted, and I STILL found this movie objectionable - yup, you pretty nailed it.

Btw, Rum's recommendation is the movie that got Anil tagged as "barber's delight" by Dimple. Personally I found the roll in the hay more than a little traumatic.

Oh dear, a literal roll in the hay? Nice.

This sounds awful. I will avoid yaar!

I loved this film