The relentlessly dark, hyperrealist Black Friday whittles everything down to its most raw and still manages to be incredibly complex and emotionally intense. Director Anurag Kashyap presents the 1993 Mumbai bombings without embellishment, and yet the film is very rich in detail and implied depth. Scenes such as the wandering, fugitive terrorist's lingering stare at a dog being teased by his master, or the harried police inspector dunking his head in a bucket of water to silence the screams from the interrogation room are like stark punctuation notes in this film. Some scenes, such as the interrogations or the communal rioting, are almost too intense to watch. 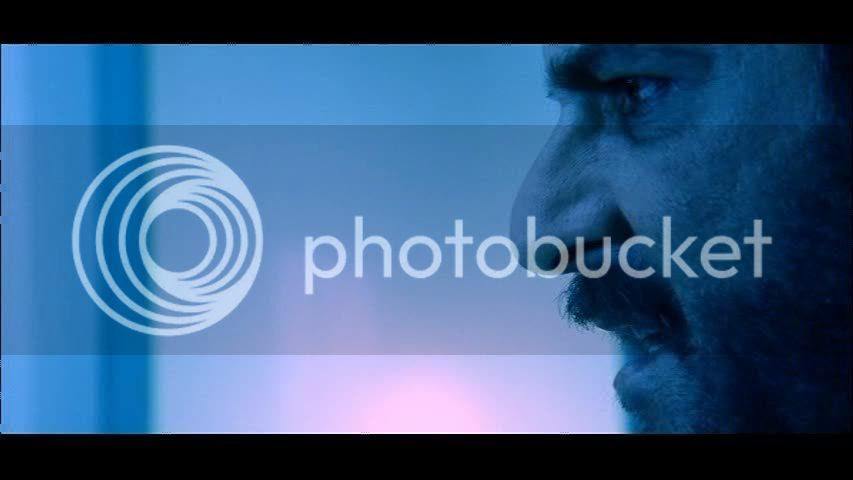 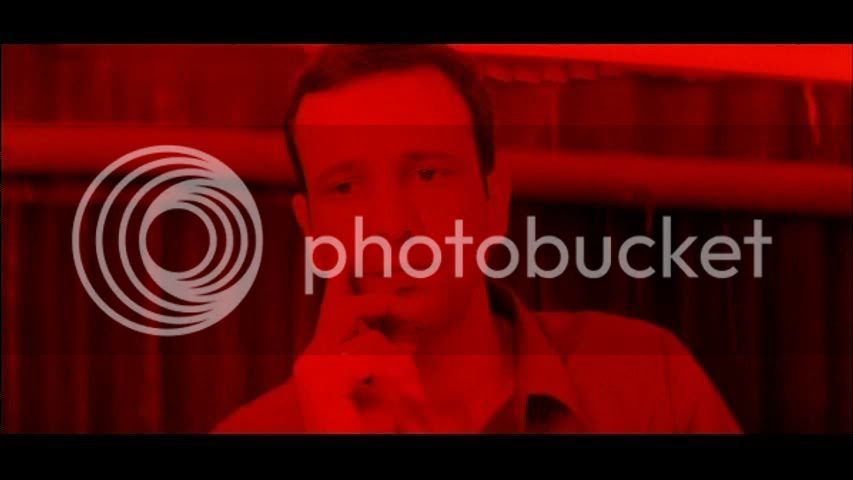 The film doesn't follow a standard narrative, nor does it have any central character. Instead, we follow a large ensemble of players on both sides of the investigation, while the story loops around, flashbacks and jumps forward, becoming a sprawling documentary of the bombings. The first half of the film is mostly concerned with Inspector Rakesh Maria's (Kay Kay Menon) investigation into the men responsible for the blasts. This quickly brings us in contact with the group of fugitives. In particular, we follow Badshah Khan (Aditya Srivastava) as he flees through the villages and cities of Uttar Pradesh, Rajasthan and Bengal, constantly chasing the promises of his leader, the orchestrator of the blasts, Tiger Memon (Pavan Malhotra). It becomes increasingly clear that Memon, who has since fled Mumbai for Dubai, has abandoned the men who worked for him. The film is then book-ended with scenes of the blasts themselves and a quote from Gandhi: "An eye for an eye makes the whole world blind."

This film makes for heavy viewing: it is chilling, disturbing and sans any sort of optimism. Torture is presented in a disturbingly real light, yet it is not excused, as the police are constantly confronted with the inhumanity of their work. Similarly, the flat ultrarealism doesn't sympathize with or accuse any of the characters: for example, we spend quite some time with Badshah Khan, one of the bombers, at his most vulnerable. Yet he is never repentant, so much as angry at Memon for having deceived and used him (this theme of terrorist puppeteering has also been explored elsewhere in Hindi cinema). Director Anurag Kashyap had a great way of creating a sense of claustrophobia: using super-tight close-ups... 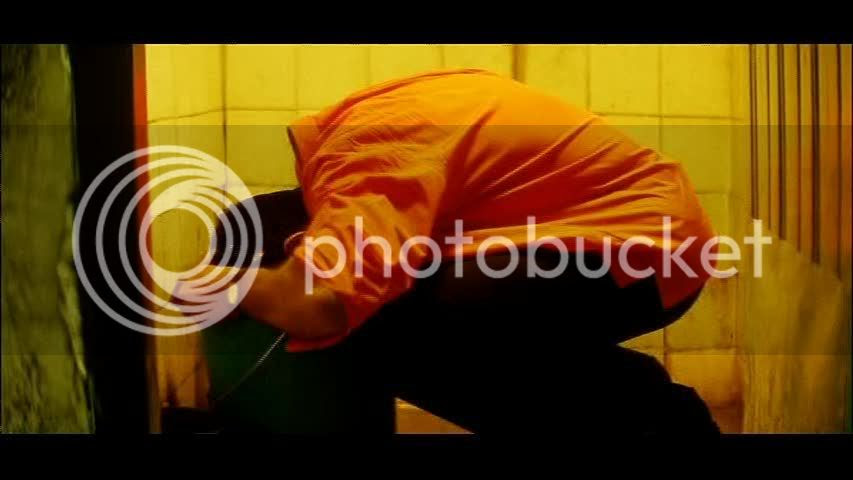 A notable thing about this film, apart from its obvious historical importance, is its role as an aesthetic predecessor to the much fluffier, much lighter Slumdog Millionaire. Slumdog's director, Danny Boyle, has said that the iconic "O Saya" chase scene from Slumdog was a direct tribute to the similar chase scene in Black Friday. (Indeed, both were filmed in the Dharavi slums and - in one brief moment - we see two little boys run past the fleeing suspect. Could those two have been Jamal and Salim?) Given that we at the PPCC think that the "O Saya" scene is the moment when most audiences fall for Slumdog, it's funny to hear that it's actually a remake. (There are other visual relics from Black Friday in Slumdog Millionaire - it seemed that Danny Boyle shot in the same locations (e.g. the underground passage).)

It goes without saying that, in a film like Black Friday, the acting is great. We only knew Kay Kay Menon - who was wonderful - and this one guy, who barely had a line. The other two main performers were Aditya Srivastava as Badshah and Pavan Malhotra as Tiger Memon - both of them were notably good. 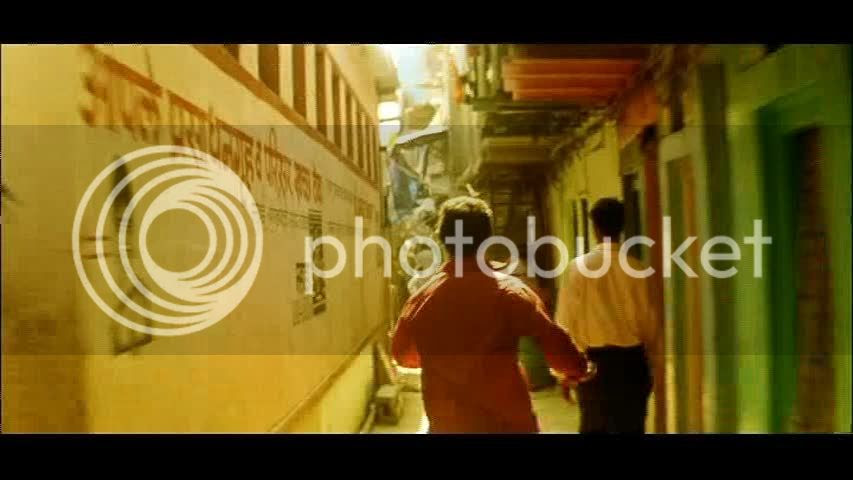 The famous chase scene in the Dharavi slum, which inspired the similar scene in Slumdog Millionaire.

Overall, this is an exhausting, informative film that covers an important historical event in much more blunt detail than the relatively more evasive Bombay, which was reluctant to point any fingers. Black Friday names names and doesn't avoid the gruesome realities. Director Anurag Kashyap made interesting comments regarding the "overhype" of Black Friday, and we agree with him: "Black Friday is not a great film, it's an important film...it's a necessary film." The cinematography and visuals are gorgeous, but the film is really much more concerned with its content than with any groundbreaking filmmaking. And for its content, we highly recommend it.
Posted by a ppcc representative at 18:33

Great review PPCC. You've noticed loads of things that I was too caught up with action onscreen to notice.

I'd heard that the movie's release had been delayed for a long time due to the controversies it generated, and was looking forward to some new insight/theories from the movie. So, I was a bit disappointed to see it rehash all the stuff I'd already read in newspapers long ago. But then I checked about the controversy and realised that the movie was delayed because the accused in the blast trials felt that it would prejudice their trial! Apart from that slight disappointment, I agree with Anurag Kashyap's analysis. It wasnt a great movie but it certainly conveyed its content most effectively.

I think I need to see this one, though usually I avoid realism at all costs. ;-)

Bollyviewer - Thanks! I think I still missed a lot, though, since I suspect Kashyap used a lot more symbolism than I caught. Overall, this film was a bit like No Smoking, in the sense that I found it difficult but enlightening.

Ajnabi - Haha, if you can cope with realism, this is about as real as it gets. I was about to get a bunch of Kay Kay's movies, but now I feel a little overburdened with seriousness. It may be time to return to Masala Pradesh soon!