Cinema is a language.

We always say that. Even with subtitles, you won't fully understand or accept a non-Hollywood film if you've only been brought up on a steady diet of Hollywood. The different methods of storytelling, references to a different cinematic tradition, and different cultural context all inform and influence the way a film looks and sounds. And it takes a while getting used to it. Different directors have different dialects, too.

Then there's the whole high/low art dilemma - the popular but silly notion that intellectual cinema is somehow "better" or "smarter" or "of higher quality" than popular cinema. (Completely untrue: hello, Nayak is genius!) Often "intellectual" films from different countries resemble each other more than an "intellectual" and popular film from the same country. A good example: Satyajit Ray's Pather Panchali, which looks and feels more like Akira Kurosawa or Vittorio de Sica than other popular Bengali or Indian films.

We at the PPCC like everything. We try not to limit ourselves to any one cinematic tradition or style. There's just too much out there - it's all too interesting! At the moment, we're really excited about French New Wave films and telenovelas - two genres we know little/nothing about. 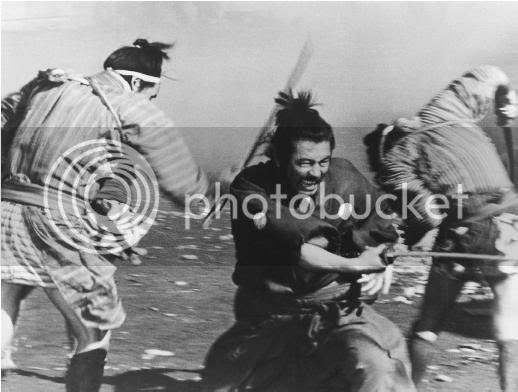 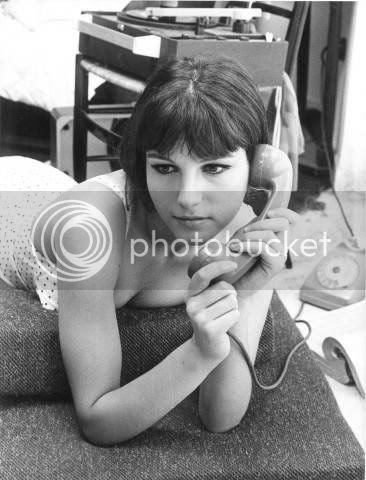 Anyway, that was all intro. Recently we've been watching some nice Italian films, and, funnily enough, we've been suffering a bit from reverse culture shock. After two years of intense Hindi cinema-watching, coming back to a specific Western tradition is surprising and challenging. The mood, the aesthetic - it's all so different! So here are some things we like and dislike, so far. (Inspired by BollyWHAT??'s hilarious Hollywood FAQs.)

1. Why so short? No, seriously. Ninety minutes is not very long. Sometimes the movie's over before our tea is.

2. Why so fussy? Luigi Lo Cascio, you are a very slow walker and talker. The man takes his time. We keep noticing those precious ninety minutes being used up to show us a sluggish panorama of... a kitchen. A close-up of the corner of the counter top. Sometimes, this is good. As Manohla Dargis said in her review of The Dark Knight, a film which takes the time to show us the Joker hanging his head outside the police car window is a good and lovable film. But sometimes, this all just seems fussy. Hindi films might be long, but they are packed to the brim with content! No time for contemplative ennui - NO TIME! - too much to do! 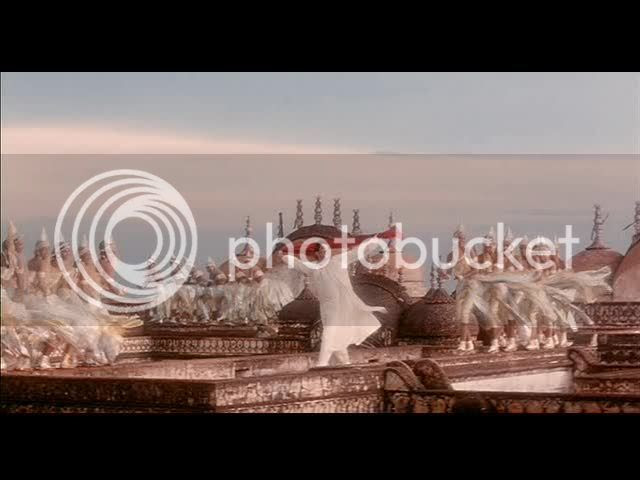 Too much life to live! No time for kitchen counter-tops!

3. Sentimentality is not a crime. Nor is it stupid, nor childish. Crying is okay, people! Come on! Especially Hollywood and British films - enough with the emotional inhibitions. Express, EXPRESS! We like it.

4. Nudity and kissing are also not crimes. Ah, we missed this. After so many Hindi films, we found it quaint that even a mere on-screen peck could provoke gasps of shock from us. But now, well, we say it's better to show than not to show. Boo to Puritanism in film. Boo to prudish embarrassment about nakedness or kissing. The human body is beautiful - it should be celebrated! Love (and lovemaking) are some of the happiest human experiences - they should also be celebrated! Sexuality and sex are not crimes, nor should they be treated as "dirty" things (especially in films which purport to be romances!). 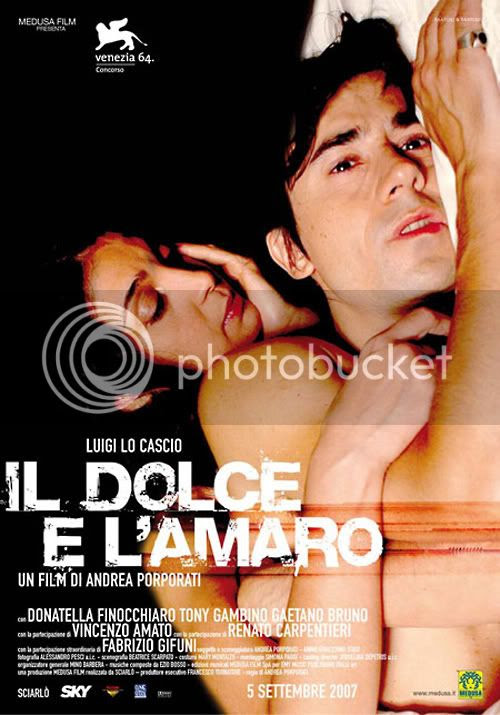 5. Violence, however, is a crime. Sometimes violence can be necessary to the plot or the theme. In Watchmen, we thought some of the violent scenes were an interesting comment on American imperialism. But we thought most of the violence was also unnecessary. This is something Hollywood films are particularly guilty of - prudishness towards sex, but no inhibitions with violence. How is sex bad but violence good? Baffling.

6. Existential ennui? Handle with care. "The problems of people with no problems." We are very dismissive about these types of films, perhaps unfairly. We had an interesting discussion recently with a friend: rich, empowered people can be sad too. And they should be allowed to be sad! So she said. Okay: we'll buy that for a dollar. But we still have a prejudice against these types of films - American Beauty, ughh - though, if the subject is treated well, it can be great - Revolutionary Road, anyone? We see more existential ennui in the films of the West, which inevitably gets us thinking about relative poverty rates, relative comfort and levels of power.

7. And finally, to films from all over the world, no more meta-films! Do we attract them or something? They've all been excellent, but we just long for a grapefruit, as Eddie Izzard would say. Om Shanti Om, Luck by Chance, Mithya, La dolce vita, C'eravamo tanto amati, Io la conoscevo bene, La vita che vorrei... enough! All of you! Tell us a story about people who don't work in films!

Posted by a ppcc representative at 13:16

Yaaaay for telenovelas! Growing up in Texas, I used to catch them on Unavision pretty frequently. Really, all the emotionalism and weeping and throwing things and passionate stomping of feet while dialogue is hissed frantically... All very good prep for Bollywood.

What is this "sex" of which you speak? I thought that babies magically appeared nine months after marriage as long as you put the bassinet in the right window.

Nota bene: my word verification is "terser." I think Blogger is trying to give me a hint.

haha, why so short? is making me laugh..your right, sometimes its just too short to enjoy

I am fascinated by telenovelas. And YOU PPCC should definitely find the 30 Rock ep with a telenovela star who is a dead-ringer for Jack Donaghy!

It has been ages since I saw a telenovela, but I remember them as good fun and so different from what I was used to watch.

The demanond for more emotions in British movies made me laugh. Though the might investigate in a method to share the appropriate response to any disaster (on any scale) with the viewer: offering you a nice strong cup of tea (with sugar (even if you don't usually take it) if it was a really soul shattering experience).

ajnabi - Arghhh, I am DYING for more telenovelas. In the meantime, I have eased the pain by getting a Mexican movie last time I was in the US. Phew!

JJC - I often quite like well-made short films (e.g. Nanni Moretti's The Son's Room), but I usually like longer films more. There's just... more to like!

Beth - Gasp, I HAVE, and I LOVED it! El Generalissimo! Once you've finished scratching your lottery tickets, let's go to McDonald's and just get coffee.

Banno - :( Surely some must be online?

This post made me think about myself as a viewer. I find that my taste for them differ as I see more of them.

Telenovellas I could never really get into except for one, it was called "Betrayal" and did not feature the most famous actors but I liked the story and stuck with it for a year (thank God that telenovellas end, eventually)I loyally watched every single episode 5 days a week and was very satisfied with the ending.

My paternal grandmother was hooked on one called Marimar (which was not very good).

I much much prefer South Korean melodramas since they usually have GREAT acting.

Hahahaaaa I tend to like British films very much and consider them very emotional (repressed emotions are sometimes the strongest :) )