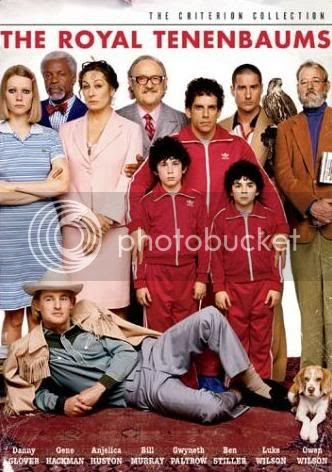 The Royal Tenenbaums made it into the Criterion Collection?!?!

Wes Anderson's quirky The Royal Tenenbaums is a study in fussy, geometrical postmodernism. Films like this - self-knowingly trendy and almost terminally ironic - can be cold. They can keep you at a distance. Yet just in those moments when we had had enough of the twee gimmicks (Alec Baldwin as narrator! archaic early 1980s fashions! yet another "colorful, extraneous detail"!) and being kept at arm's length, The Royal Tenenbaums finally turned around and delivered some good ol' fashioned sticky sweet, microwave-hot mush.

And we at the PPCC are very, very big fans of mush.

With all the mushy mushiness of a Lifetime Original Movie, The Royal Tenenbaums is about an estranged family's rapprochement. The eventual emotional reunion is just as sugary sweet as can be found in a more pop mainstream movie, despite the intentionally indie, stiff-upper-lip, "too cool to emote" aesthetic the film goes to great pains to maintain.

But more about the Tenenbaums themselves: a "family of geniuses", they are two parents - the scattered, quasi-Dionysian good ol' boy Royal Tenenbaum (a wonderful Gene Hackman) and the driven, anchor-like Etheline (Anjelica Houston) - and three children. The eldest son, Chas (Ben Stiller, as an adult), seems to have inherited his mother's single-mindedness: he becomes a business tycoon in his tweens. "I used to be a homeowner myself," Papa Tenenbaum reminisces in one scene, "Until our son expropriated it from me." The middle daughter, Margot (Gwyneth Paltrow), has a hard, frosty exterior: constantly having been reminded of being adopted as a child, she lives inside a shell of privacy as an adult. For example, no one in the family knows she's been smoking for almost twenty years. The youngest son, Richie (Luke Wilson), is a sensitive artist-tennis star who harbors a life-long crush on his adopted elder sister. Rounding out the cast of characters are Etheline's newest suitor, Henry Sherman (Danny Glover, who is black in case you forgot... but don't worry, the film will be more than happy to remind you over and over again), the envious neighborhood childhood friend, Eli (Owen Wilson, brother of Luke), Margot's hyper-intellectual husband (an underused Bill Murray) and his trailing behavioral experiment (Stephen Lea Sheppard), and the family's Indian servant, Pagoda (Kumar Pallana).

One thing Wes Anderson has been criticized of, especially since Darjeeling Limited, is his latent racism. We haven't seen Darjeeling Limited, so we can't judge that film in particular. But there were a few cringe-worthy moments in The Royal Tenenbaums which reduced non-white characters to silly and unfunny stereotypes: Royal confronting Henry in "jive", or describing him as "big and black", or Pagoda's thick Apu accent and the fact that he trails Royal around like a loyal, um, well, servant! (And Pagoda's room: all decked out in Orientalist trinkets, complete with colonial era depictions of elephants on walls and gently-playing sitar music in the background.)

It all looks very "trendy" and is supposed to be funny in that usual twee, hyper-ironic "stuff that white people like" (tangentially, a website we, uh, don't like at all) way. "But hipsters are supposed to be sensitive and cultural!" you may say. Indeed, we don't think this film intentionally trivializes or caricatures Indians and blacks. It just seems to exploit stereotypes for some cheap laughs. It also seems to think that the non-white characters have no interesting independent stories to tell either - they appear only to exoticize the trimmings of the white people's center-stage angst. 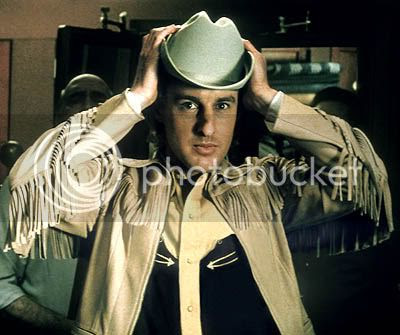 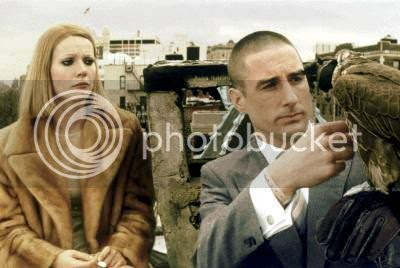 That is the only big criticism we can levy against this film. As we said, the mushy mushiness was tastefully done - earning a few PPCC Tears of Emotional Manipulation, thanks to the cunning use of indie woe (Elliott Smith, Nick Drake, Van Morrison...). We've seen smarter takes on the same "family of alienated intellectuals living in a brownstone in New York City" plotline before (e.g. the magnificent The Squid and the Whale) and we've seen just as refreshingly pomo aesthetics before as well (e.g. the under-appreciated, and much less precious Breakfast on Pluto). So, for us, The Royal Tenenbaums was not as groundbreakingly brilliant or incisive as it thought it was and wanted to be. But it was a pretty okay roll nonetheless.

Posted by a ppcc representative at 00:25

You know, I really don't get the whole latent racism thing. Maybe I'm just duh or perhaps I'm so inured to it, I don't even know what the hell people are talking about - but I don't get it. And I still haven't read anyone make a comprehensive case for it so I'd like to know. My personal feeling is that it's simply indicative of us moving to a place where it's no longer ok for us to write about anyone or anything that we can't claim as our heritage. Which is pretty sad.

Amrita - I think it's not so much that writing "outside" your ethnic heritage is not okay... just that the way you write about your respective "Other" is important. And if you only use different-heritage characters as "the Other", or if you're different-heritage characters are suspiciously flat and one-dimensional, I think that merits some criticism.

For example, the beef I had with the latent racism, or at least ethnocentrism, in The Royal Tenenbaums, was (1) the lack of depth of the two non-white characters (all the other characters seem to have these very vivid quirks, but Henry and Pagoda are just "the black guy" and "the Indian servant") and, related, (2) the tired way their non-whiteness was used for laughs. (Royal's racism towards Henry, while not condoned, is played for laughs.)

It's the same way I noticed both Margot in this, and Uhura in Star Trek were used only as a sex/romance object for the men, rather than having personalities independent of the men. Big fail on The Bechdel Test!

Having watched and liked Darjeeling Limited (but I like Anderson films, his films have that clean cinematography and choice of colours with an interesting script combo that I usually fall for) I didn't detect any latent racism (but like Amrita I usually don't notice it).

I didn't notice it in Tenenbaums either.

I love this movie, but never thought Royal's racist comments toward Henry were funny (nor have I thought they were intended to be). They show conflict between the characters where there was previously just wariness. They also establish a purely cruel streak in Royal, the same as when he shot his own son in the hand. He sees Henry as weak but can't effectively analyze why Etheline likes him yet, so he attacks the differences between them: their skin color.

It is cringe-worthy how, in Wes Anderson movies, non-white people are almost always second-rate characters incapable of their own original thought.

I think Henry's role in the film was perhaps the most vital of all. He is the character that is smart enough to realize Royal's lies. He comes across as the only character we don't have any issue with because he's so intelligent and organized. And as for Royal's comments - this is cinema. A writer writes from experience, they create characters based on people. Wes Anderson based this film on his parents' marriage, and therefore one can only assume that Anderson saw such a character in his father.