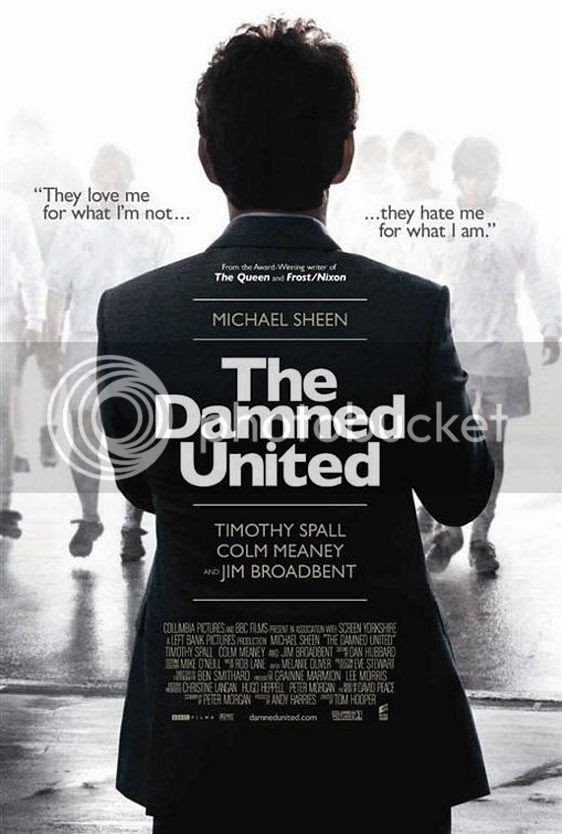 The Damned United looks and smells and sounds like a sports film, but it is ultimately a Shakespearean tragedy imbued with deep romance. That the tragic hero at its center, Brian Clough (Michael Sheen, brilliant), is wearing soccer shorts instead of a crown doesn't minimize the grandeur and pathos, indeed, the epic quality of his fall from grace. That the similarly epic love is between two middle-aged men likewise doesn't diminish it. This is one of the sweetest, most heart-breaking stories of hubris and, ultimately, the redemption of love we have seen in a long while. (Really!)

The setting is 1970s England, where - much as it remains today - soccer rivalries are fierce, and matches are cause for national celebration or mourning. In this heady world of winners and losers, of glamour and legends, a young, cocky manager, Brian Clough, is newly promoted to Leeds United. Leeds United was, in 1974, the top English team, and Clough has big shoes to fill - Leeds' former manager, the beloved Don Revie (Colm Meaney), has left to manage the national English team, and he leaves behind him a wake of trophies and a team of fiercely loyal players. Clough, odiously arrogant, swoops in on the very wrong foot, with complaints about Leeds' weather ("Wish I was still back in Majorca!" he exclaims obnoxiously) and radical rules - such as that former manager Revie's name must never be mentioned - quickly alienating the players, the owners, and the fans. Clough's tenure at Leeds, indeed, was a complete failure: under him, Leeds lost games, fell to the bottom of the division, and he was quickly sacked after 44 days.

The film underpins this tale of torturous disaster with a flashback to when Brian Clough, together with his partner, Peter Taylor (Timothy Spall), managed the unknown Division II team, Derby United, to unknown heights of glory. Spurred on by insatiable ambition, as well as his hurt pride at losing to Leeds without even an acknowledgement of a handshake by Revie, Clough drags the team up from the Division II nether regions, eventually catapulting it to the top of the Division I. It is here that England begins to take notice, and Clough's ego begins to swell. 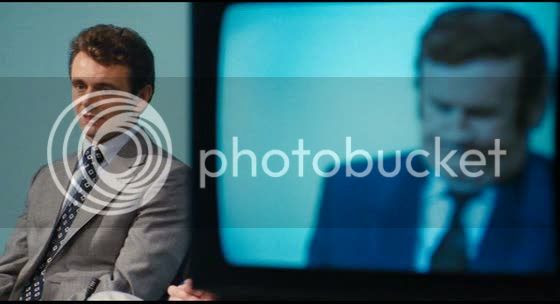 A great shot of the looming, spectral Revie. 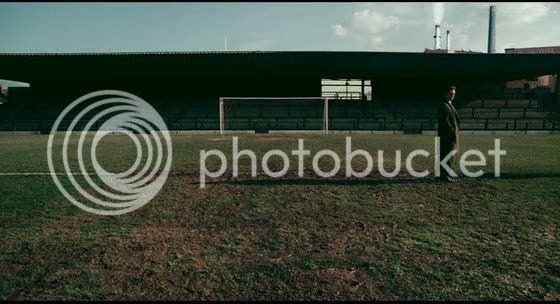 My kingdom for a cup!

The story is beautifully told. It manages to project this classical weight of tragic flaws and doomed anti-heroes without ever becoming bogged down by it. Some sequences - such as Derby United's rematch against Leeds, as experienced privately by Clough, locked in his office - are incredibly sweeping. Indeed, it is in scenes like this - as well as the media interview Clough gives with Revie - where typically "British" filmmaking is used to great effect. That is, by opting for subtlety and the quiet roar, i.e. less is more, the power of these moments in Clough's life is greatly felt. Michael Sheen's acting is likewise brilliant; the look on his face when Revie, on live television, explains why he failed with Leeds was gut-wrenching. 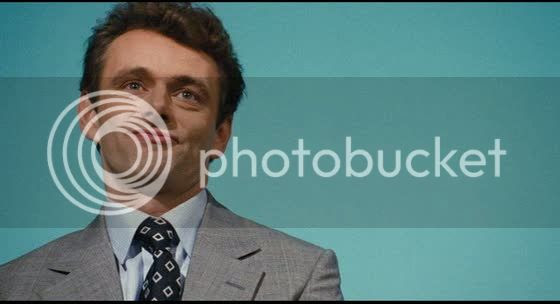 You know, back in the day, Zeus would have just thunderbolted that smirk off his face. 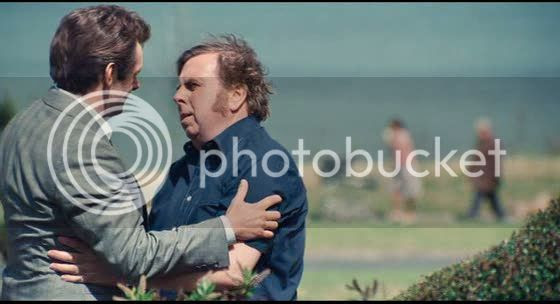 Similarly, the love between Clough and Peter Taylor is palpable from the beginning - their shared joy, boyish tackles and Taylor's loyalty and unacknowledged importance are obvious to the viewer, if not to Clough himself. Indeed, as Clough powers ahead on - per Taylor's words, and per the usual classical drama - his doomed, misguided quest, it becomes more and more obvious how important Taylor is to Clough. There's a great scene when Taylor chastises Clough for being too ambitious, describing it like a sleeping monster that, when awoken, manages to swallow everything up - even the beautiful. The later falling out between Clough and Taylor on the sunny shores of Majorca underscores this wonderfully.

By the end of the movie, we were dying to see the two men, the "damned united" of Derby, finally reconciled, and the film - for all its wallowing in defeat and destruction and vengeance and tragic flaws - does have a slightly more upbeat coda. Overall, an absolute joy.

DYING to watch this film, thank you for a sumptuous review and screenshots.

[I'm also wondering if Cloughie really wears football shorts in the film? As a manager?]

Roswitha - Ah ha, you would, true! It is SO PLEASING. Whadda movie, I loved it so much - way beyond how much I expected to. And yes, I can report that Old Big 'Ead briefly flashes his muscular, gleaming thighs. Yay!