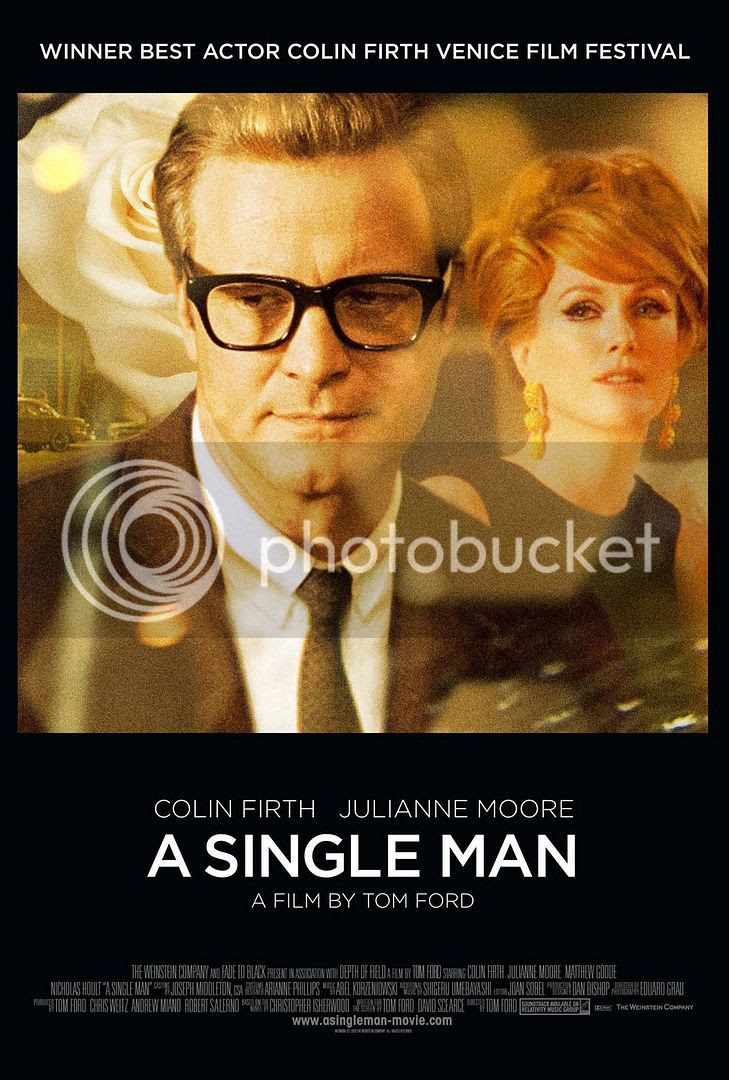 Talk about a misleading poster! This is a gay film, people. GAY. Accept it. Julianne Moore's in it for 10 minutes!

The elegant A Single Man is a classy, funereal film about grief, love, living and death. Based on a book by Christopher Isherwood

, it follows a day in the life of the titular single man, George Falconer (Colin Firth), as he flutters in a desaturated netherworld between life and death.

Eight months ago, Falconer's lover, Jim (Matthew Goode), died in a car accident. Since then, Falconer has led a withered half-life. While everything is perfectly in order, the tidiness of his home and job is shallow, just a skin-deep surface to a crushing sense of loneliness and loss. Falconer, a professor of English, goes through the motions during the day - all the while organizing his living space for a final goodbye. The sparks of attraction from a beautiful, otherworldly student (About A Boy's Nicholas Hoult, all grown up!) or the loving attentions of an old friend (an exquisite Julianne Moore) do little to rouse him from his elegiac march. 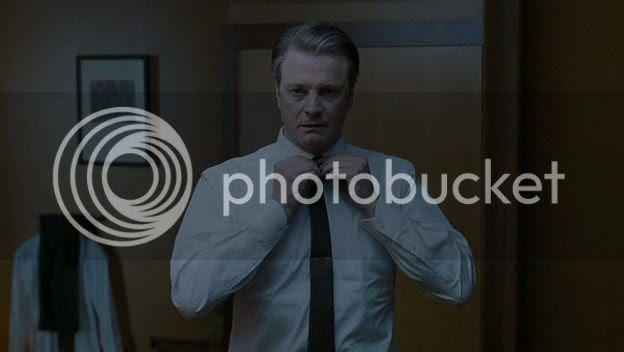 "Looking in the mirror staring back at me isn't so much a face as the expression of a predicament."

Or so it seems. The film does not lack its notes of humor and humanity, and - despite its morose subject - its ultimate message is one of vitality. In particular, life as a reaction against and complement to death. When, in one moving sequence, Falconer takes an impulsive late-night swim in the Pacific, he is baptized back into the vibrancy of living. This is a touching parallel to his recurring nightmares of drowning and death. 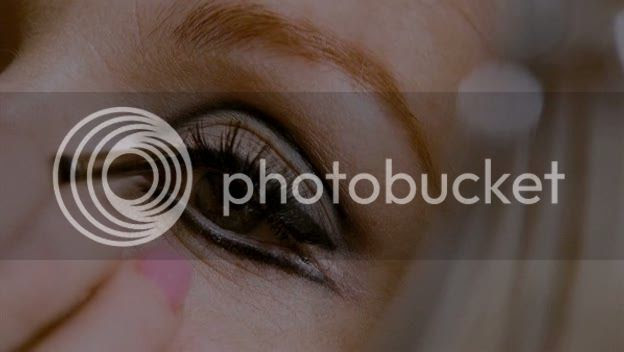 Eyes are used throughout the film, very Blade Runner. 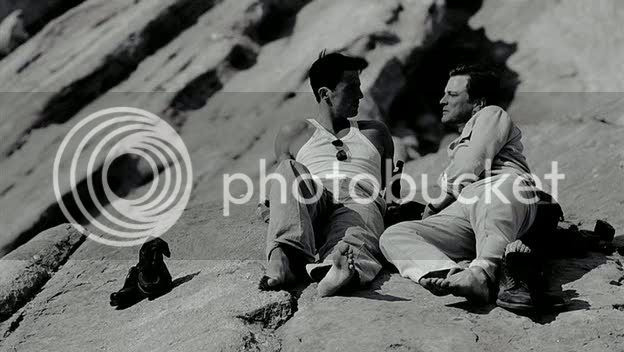 A prison of fossilized memories.

With the haunting violin music of In the Mood for Love's Shigeru Umebayashi and the fussy 1960s aesthetics of... well, In the Mood for Love, A Single Man could be read as a direct response, or even companion, to the Hong Kong piece. Like Wong Kar Wai's film, A Single Man examines grief driven by love and finds a profound beauty there. As Falconer drifts closer and closer to death, his flirtations with life - which literally flush the screen with color - are exuberant punctuation notes: leave life to the living! Drink and be merry, for tomorrow we die! Or, as one character says, "The future is death." 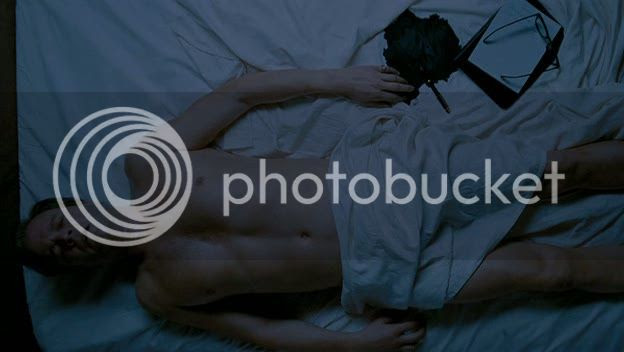 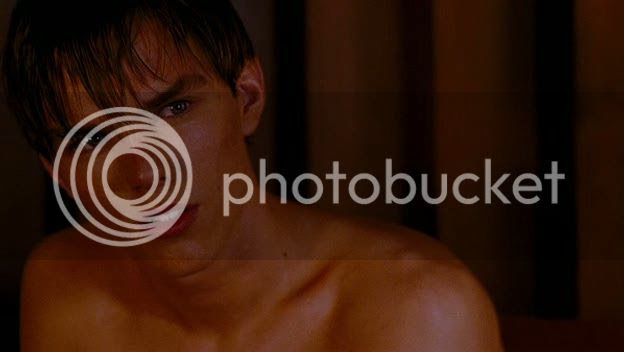 A flush of color.

Sexuality is, of course, an integral part of this film, as Falconer's moments of lust pierce the monochromatic scale into full, brilliant color. There are also the obligatory references to 1960s homophobia, though the story seems little concerned with taboo and oppression. Falconer's grief, loneliness, and his drive to life and lust are universal. Julianne Moore's character, a permanently tipsy divorcee and fellow English expat, provides an interesting complement in that regard. 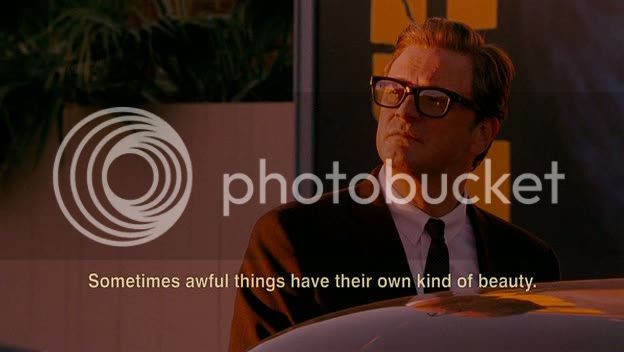 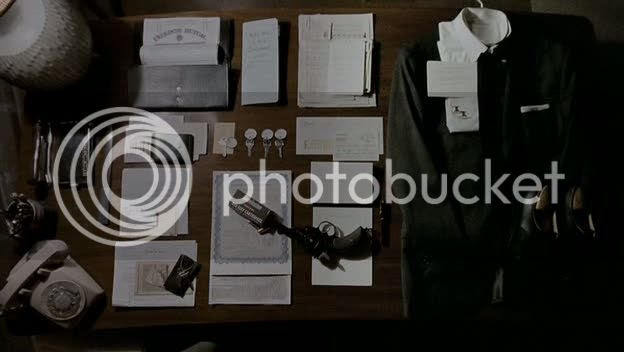 The filmmaking, by director Tom Ford (apparently a designer?), is impeccable and enchanting. He mixes up very long, dragging slow-motion shots with snappy, plucking cuts. There are even notes of humorous surrealism, such as when Falconer imagines a colleague standing in a bomb shelter/barn with his family and a cow during said colleague's rant about Soviet nuclear annhiliation. The human body is filmed in loving detail, calling to mind the tenebroso works of Caravaggio or the detailed musculature of da Vinci. And the use and release of saturation, while essentially a gimmick, is sometimes very resonant. Colin Firth has used inscrutability often in his acting career, and the silent shifts in palette (or the tremors of Umebayashi's violins) give wonderful expression to the turmoil roiling around beneath that Sphinx-like mask.

A beautiful, heartbreaking film which we liked a lot. Highly recommended.

Posted by a ppcc representative at 21:39

I wanted to sneer at this movie because Tom Ford directed it and... well, TOM effing FORD you know. But then Colin Firth started to suffer and I couldn't help but fall for it. Curses!