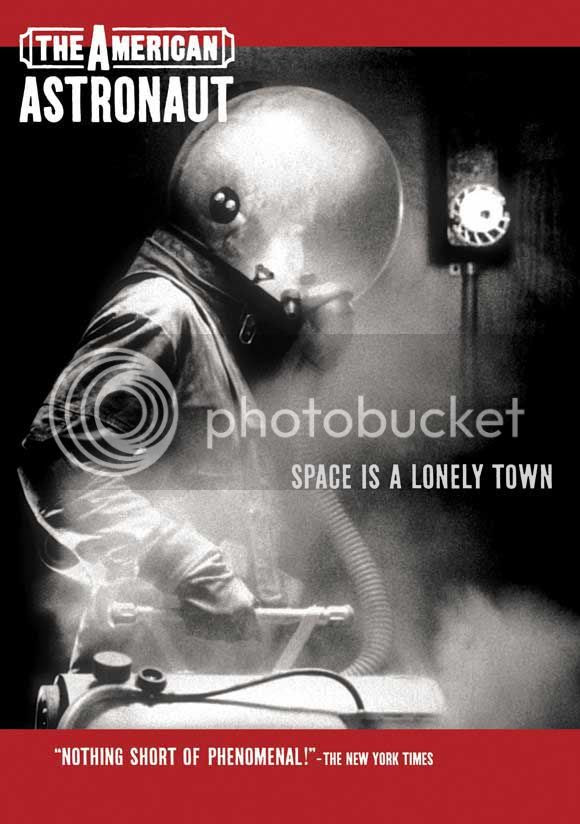 Guest blogger Brianosaurus (rhymes with "rhinoceros") is a sci-fi geek jet pilot who recently laid the smackdown in the House of PPCC by knowing waaay more about dystopias than we did. Today he brings his encyclopedic sci-fi knowledge with a review of a movie we've never heard of, let alone seen. Though clearly it's the best ever! Also, a note: Brian mentions Primer, a brain-pretzeling indie sci-fi cult classic, and we'll have the review for that one up soon (we promise). In the meantime, hold onto your ten-gallon hats and enjoy!

The American Astronaut in a nutshell: If Hugh Jackman from Oklahoma played Han Solo in a musical Flash Gordon set in the 1920s. 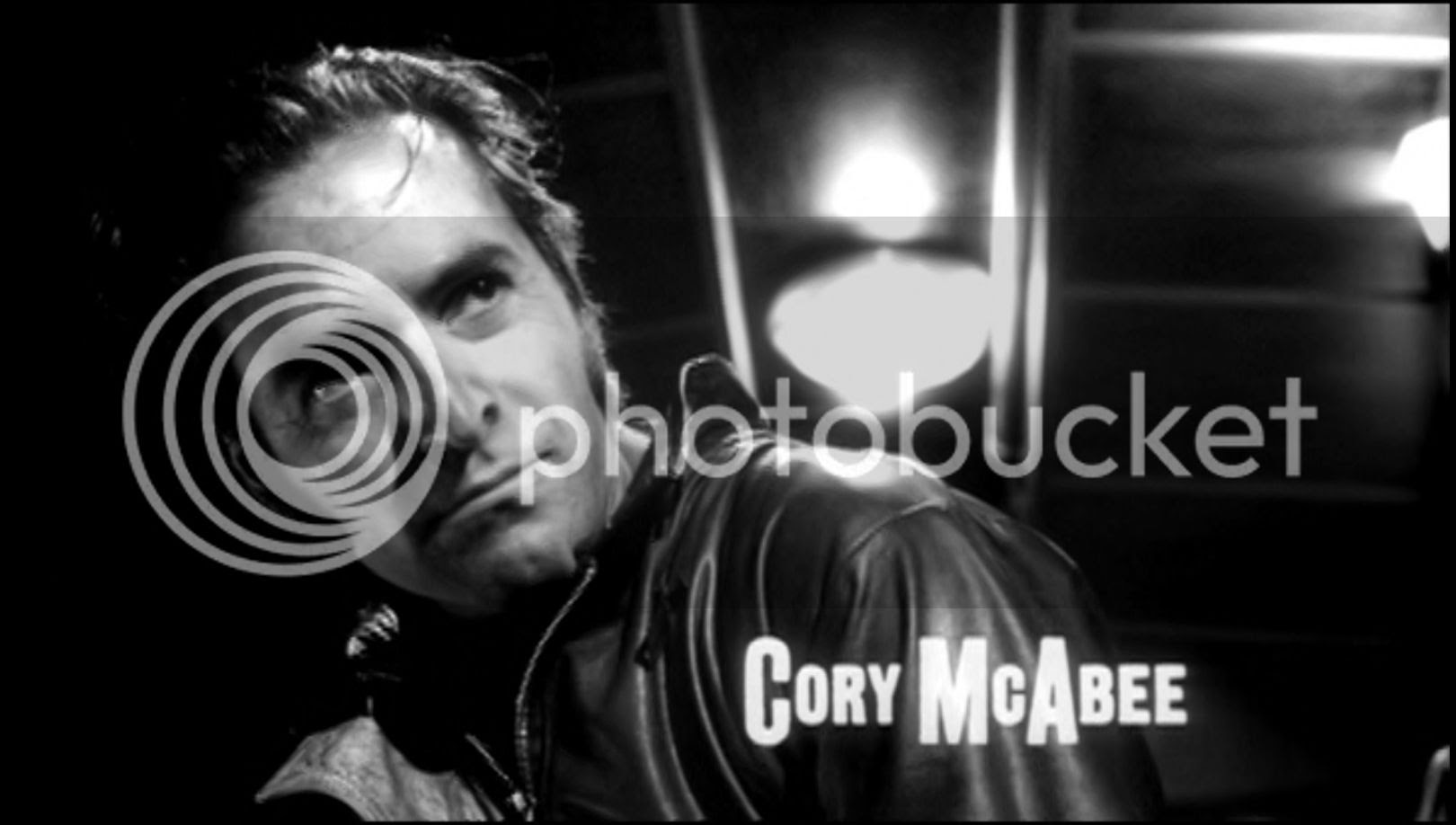 He’s that guy you know; the one that can do everything. McAbee is the writer, director, and star of American Astronaut. He also wrote all the music for the movie with his band, The Billy Nayer Show (yeah, he’s in a band too). So without a doubt, The American Astronaut is McAbee’s baby. I’m just telling you so you know who to thank later!

The American Astronaut, shot in black and white on 35mm film, falls into one of our favorite genres: the Space Western (think Star Wars and Firefly). Set in an alternate past, the story follows Samuel Curtis (Cory McAbee) as he travels across the solar system trading goods on various planets and asteroids, always trying to stay one step ahead of his nemesis, Professor Hess (Rocco Sisto).

McAbee’s universe is at once very old and, by the nature of space-travel, very futuristic. Everything looks like it was cobbled together from scraps at a salvage yard (it actually was), but it works. We see grimy, dirty worlds filled with rough and dirty men. Rednecks and criminals. And when I say men, I mean only men. There are no women out and about in McAbee’s rough universe. They all moved to Venus after they figured out how to asexually reproduce. The rest of the solar system is filled with men who can’t even imagine what women are like. Sex is so far out of their realm of possibility that they don’t even know how to talk dirty. Because of this, men have developed an interesting culture on their own, where music and dancing are not only part of their way of life, but also a means of communication. 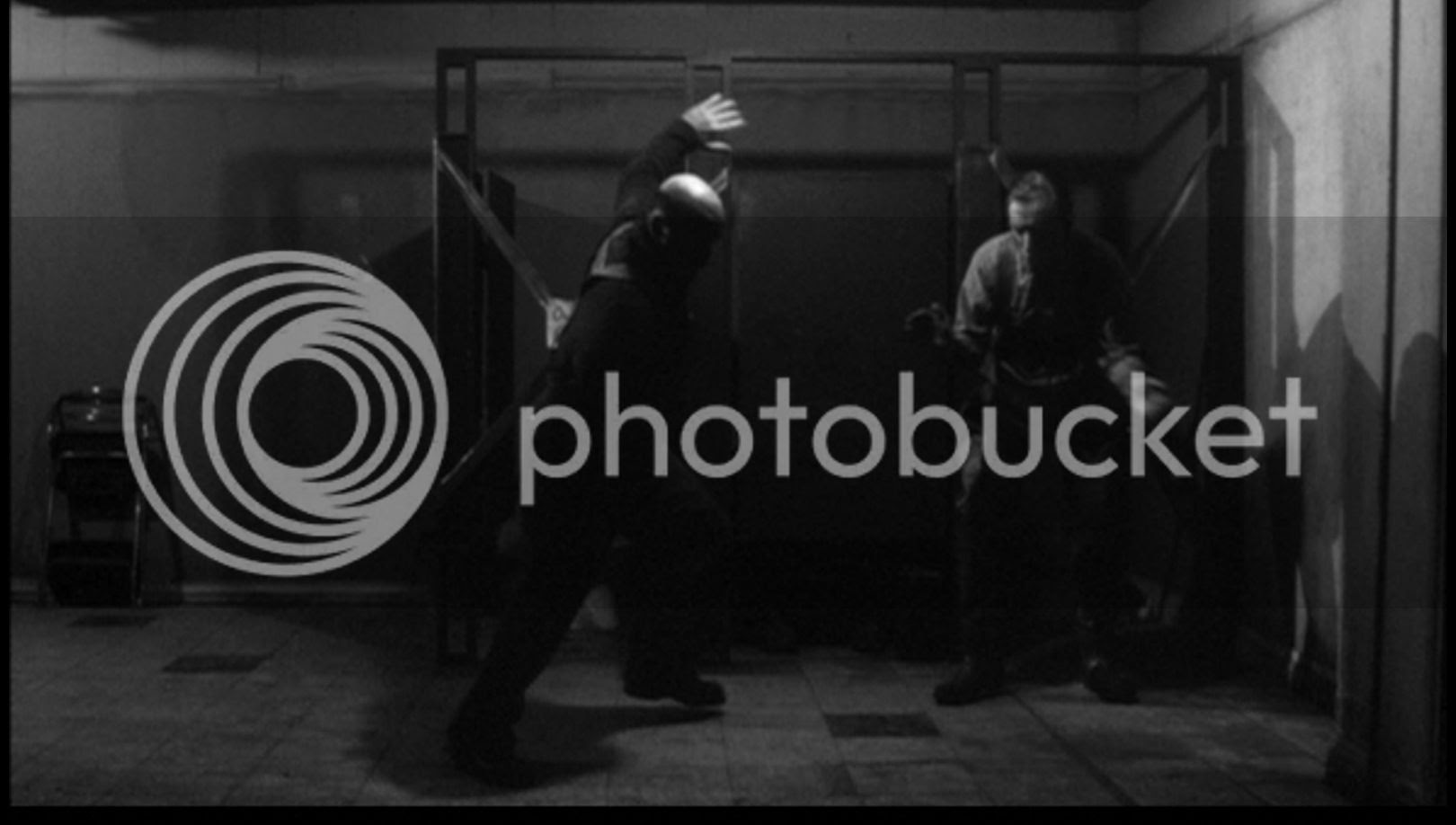 **Spoilers** We see this immediately in the movie as Sam Curtis makes his first delivery (a cat named Monkeypus) to a bar on the asteroid Ceres. On his way to the bathroom, Sam is ‘musically’ attacked by a pair of dancers clad in overalls (one of my favorite scenes!). 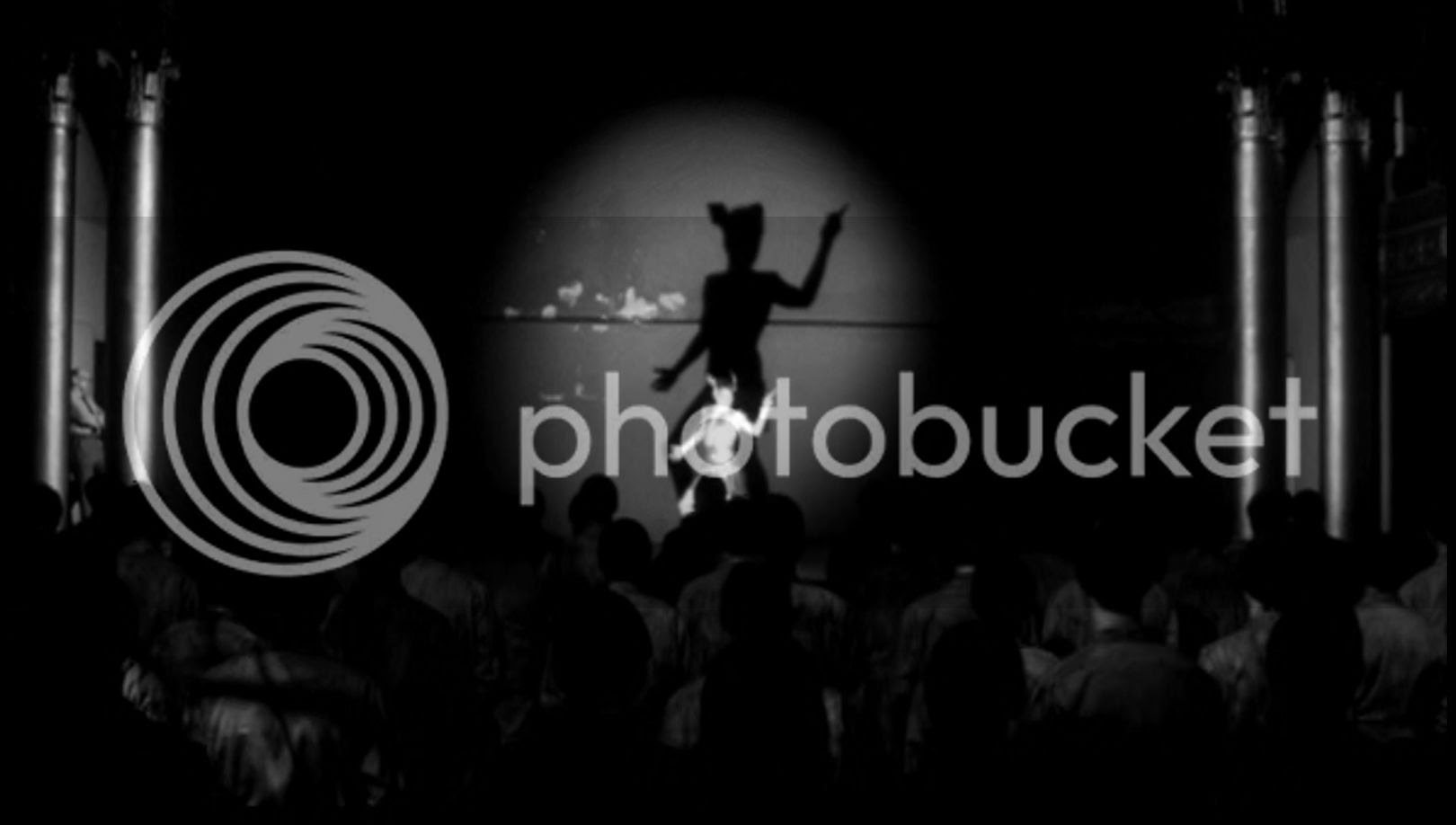 The Boy Who Actually Saw a Women’s Breast. McAbee uses shadow to give his sets greater depth.

Sam trades Monkeypus for a Real Live Girl (we assume an embryo in a box), which, after talking to his friend, the Blueberry Pirate (Joshua Taylor), he decides to take to Jupiter for more trading. Jupiter, by the way, is now a mining colony run by Lee Vilensky (Peter McRobbie channeling Robert McNamera), who rewards his workers with shows from The Boy Who Actually Saw a Women’s Breast (Gregory Russell Cook, who “gets to” wear a great costume: “It was round and soft”). Sam convinces Vilensky to trade him The Boy for the Real Live Girl. He succeeds and jets off, intending to trade The Boy on Venus for the recently deceased King. Since only women inhabit Venus, they keep a stud male around to keep the gene pool from stagnating. The former stud has died and his wealthy family on Earth is willing to pay handsomely for the return of his body. Sam and The Boy get held up along the way to Venus, however, when they run into a flying barn in space. After a quick discussion with the barn’s inhabitants (silver miners from Nevada who accidentally gained super intelligence), Sam agrees to take a boy (who wears a bodysuit and is ignorant) back to Earth with him in exchange for chocolate and cigarettes. 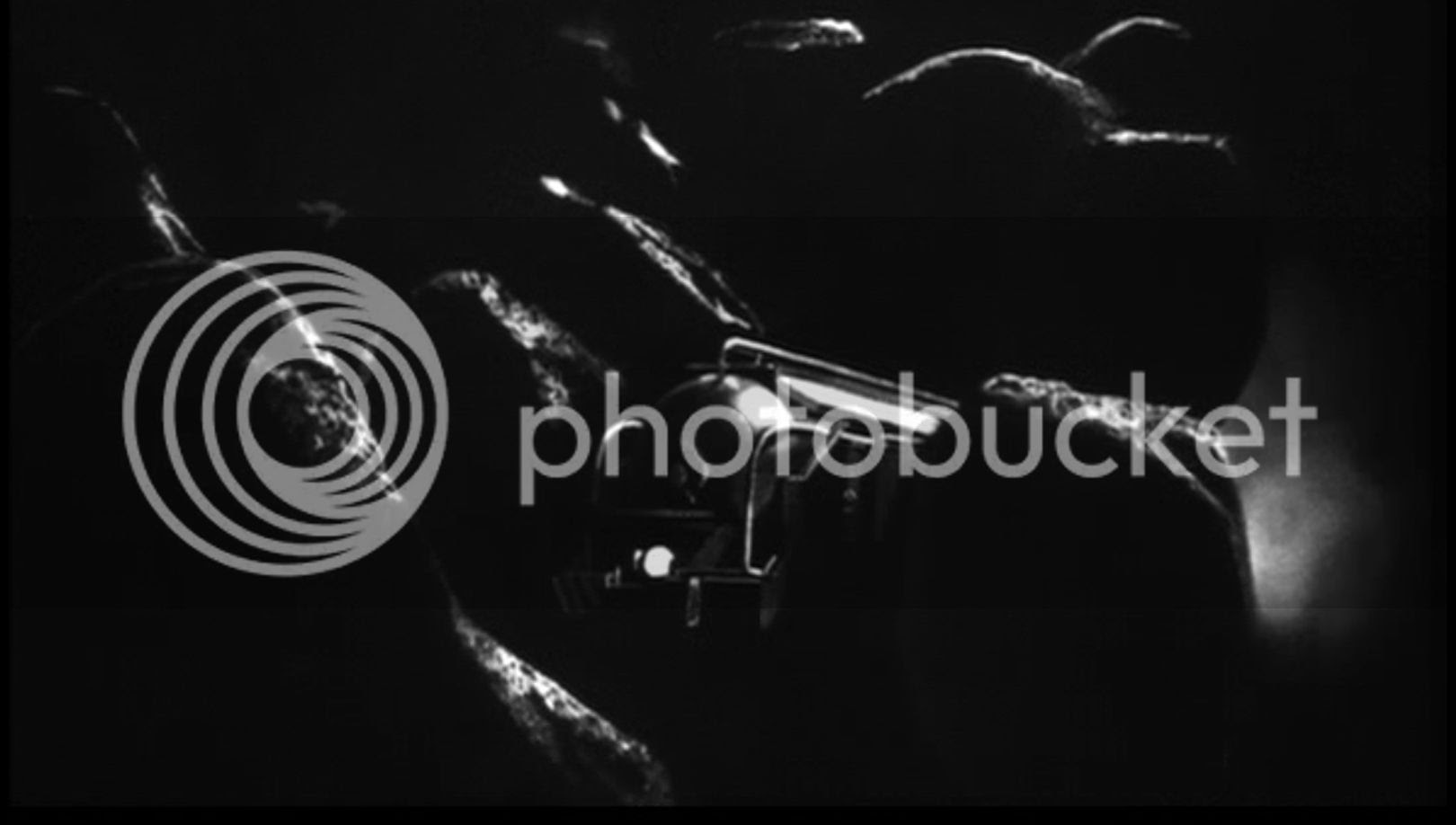 When they finally reach Venus, they find Professor Hess is waiting for them. Fearing for the safety of The Boy Who Actually Saw a Women’s Breast, Sam decides to give the women Bodysuit instead. The story more or less ends here. We find out Sam takes The Boy back to Earth and raises him as his son while Professor Hess stays on Venus to help Bodysuit. **End Spoilers**

Cory McAbee’s universe is wonderfully portrayed in the film. McAbee’s use of lighting and shadows gives the otherwise simple sets a sense of depth. He makes us feel as if we are in the 1920s (or watching something from that era) with effective use of makeup on characters like The Boy Who Actually Saw a Women’s Breast, who is shot like a silent film star.

Another striking element to the story is the music. The Billy Nayer Show really comes through here and adds something rich to a story that would have otherwise been a bit thin. Another interesting element is the fact that due to the low budget of the film, all space travel shots are actually just painted pictures mixed with the live action inside Sam’s spaceship (a sparsely decorated one-room apartment with fantastic wallpaper). This actually worked for us. It gave us that feel of very old Saturday morning serials and didn’t distract like intrusive CG does. 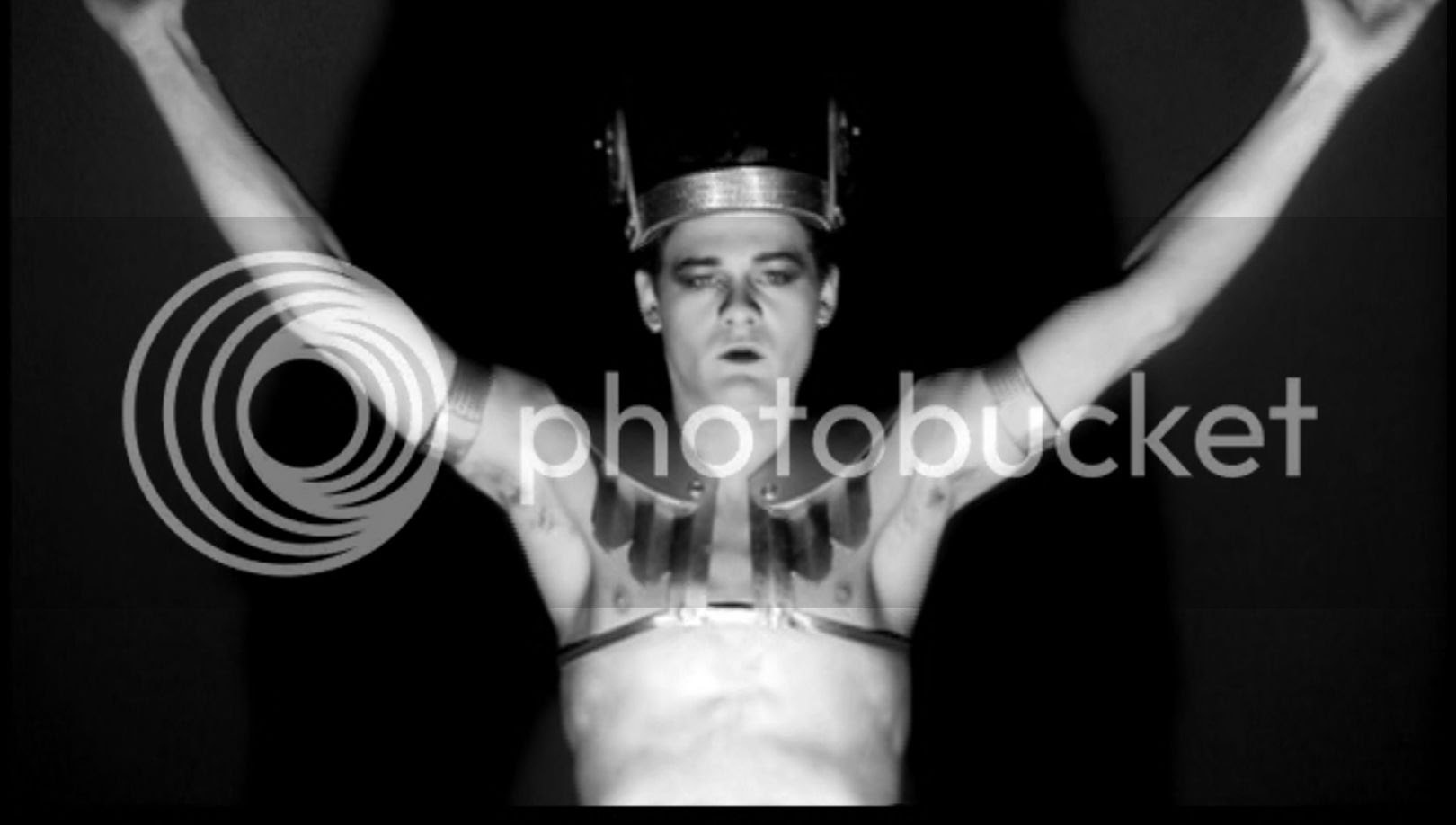 The Boy’s makeup is like that of a silent film star’s.

McAbee’s storytelling isn’t quite on par with his design though. The story is continually off-kilter and overly weird. Weird for the sake of weird is fine to a point, but here it interrupts the story at times. I also question the use of the villain, Professor Hess, as the narrator. I would much rather have heard Sam telling the story so we could get closer to him as our hero and main character. Listening to Hess move the story along doesn’t feel right, especially at the end where the story falls short and the narration kicks in. Our last moments are with the villain Hess, not our hero, Samuel Curtis, the American Astronaut.

But Cory McAbee’s vision is fantastic. He proves to us that imagination and the art of storytelling are more alive in common people than Hollywood would have us believe. McAbee is part a small group of artists (like Shane Carruth from Primer fame) that are not held back by the mainstream production system and are able to deliver their story and vision to a willful and eager audience. Imperfections will be there, but it doesn’t matter: we need more Cory McAbees.

Don't buy it from the man, buy it from Cory McAbee himself!
Posted by a ppcc representative at 22:34

The man is a genius. Stingray Sam is really good, too!