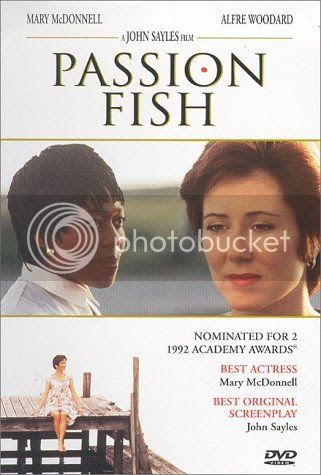 John Sayles is a great director. He sets up clever symbols or reassuring stereotypes and then gleefully subverts them. Passion Fish is not his strongest film (we liked Limbo more), but it is another interesting, atmospheric look at a broad philosophical question set within a particular American niche culture.

In this case, it's about the painful, crucial clash between harsh realities and dreamy fantasies, and the setting is 1990s Louisiana. May Alice (Mary McDonnell) wakes up one morning to find herself paralyzed from the waist down. A successful soap opera star, she has just been in a car accident. With his wonderful economy of storytelling, Sayles shows us shots of May Alice the Misfit of Rehab. She falls further and further into depression, eventually retreating to her childhood home in rural Louisiana, where she spends her days drinking, watching daytime television and scaring a series of caretakers away. 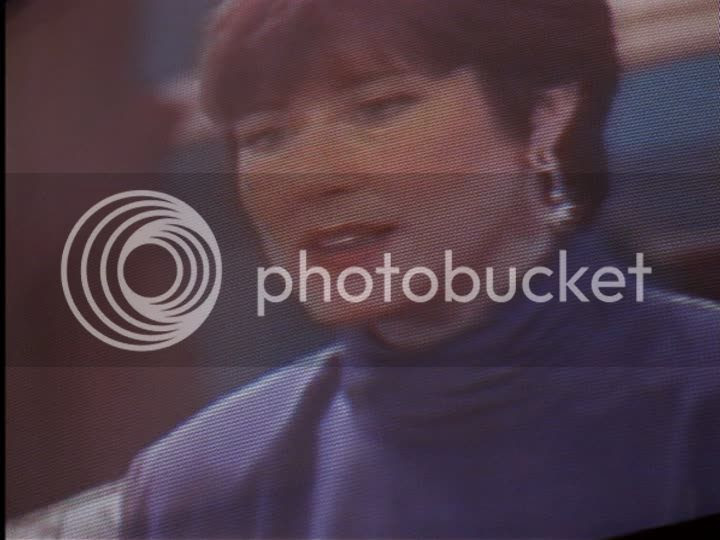 Soap opera as Greek chorus and weird Freudian fantasy projection of our own harsh realities. 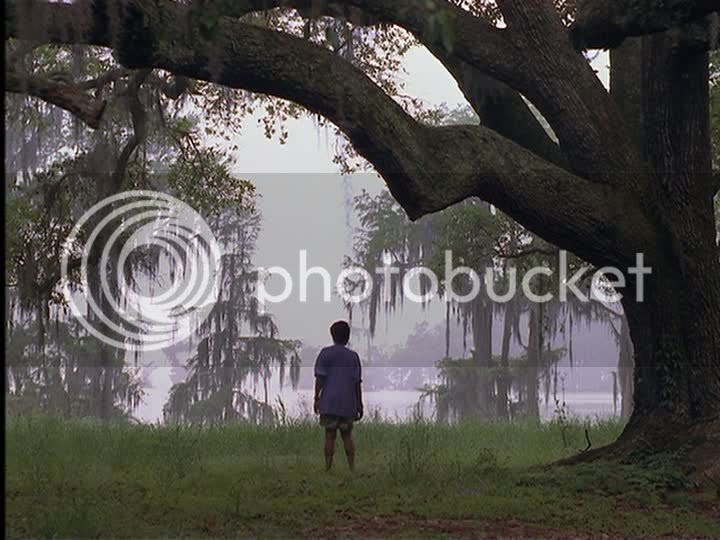 That is, until Chantelle (Alfre Woodward) arrives. Chantelle is quiet, evasive even, but also straightforward and steady as a nurse. She provides May Alice the support she desperately needs to get her life back on track and, as the physical therapist constantly chides, build her strength. 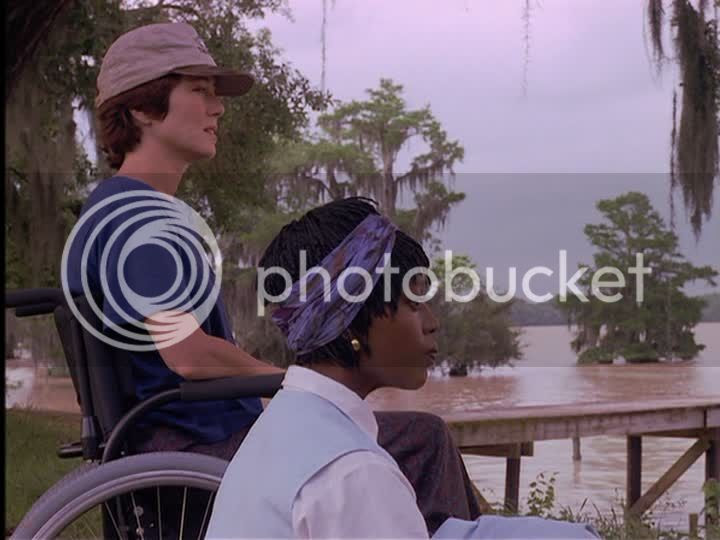 Both damaged, both on the road to recovery.

Meanwhile, a parade of characters troop through the family home. There is May Alice's hard-drinking dandy of an uncle (what shoes!). There are her former childhood enemies and her vapid New York City friends. And then there are the men. In a rare subversion of typical gender norms in film, this film not only passes the Bechdel Test (with flying colors!), its only two recurring male characters are sex objects. One is Sugar LeDoux (Vondie Curtis-Hall), a Frenglish-speaking Creole (or is it Cajun?) strutting peacock who flirts and charms Chantelle relentlessly. The second is Rene Boudreaux (David Strathairn), a Frenglish-speaking Creole (or is it Cajun?) sweaty handyman who flirts and charms May Alice relentlessly. While Chantelle of the Harsh Reality proceeds into sexy manfriendship with caution, May Alice of the Crushed Fantasy falls hard and fast into thick, soap operay, David Strathairny love. LOVE, she says. 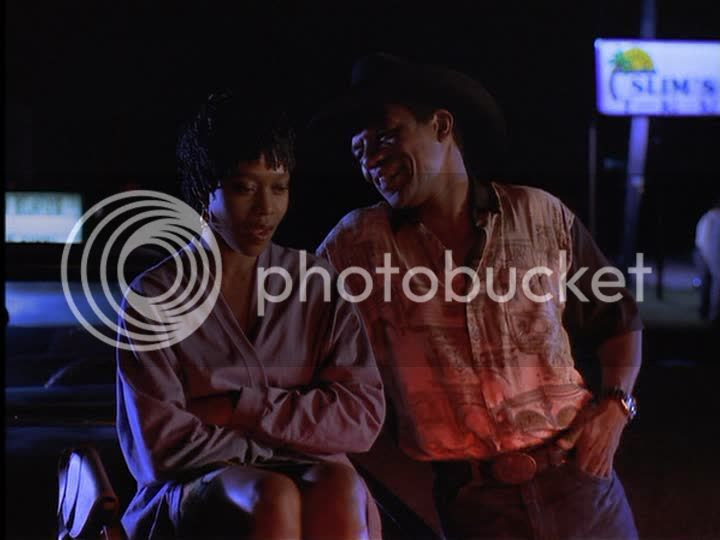 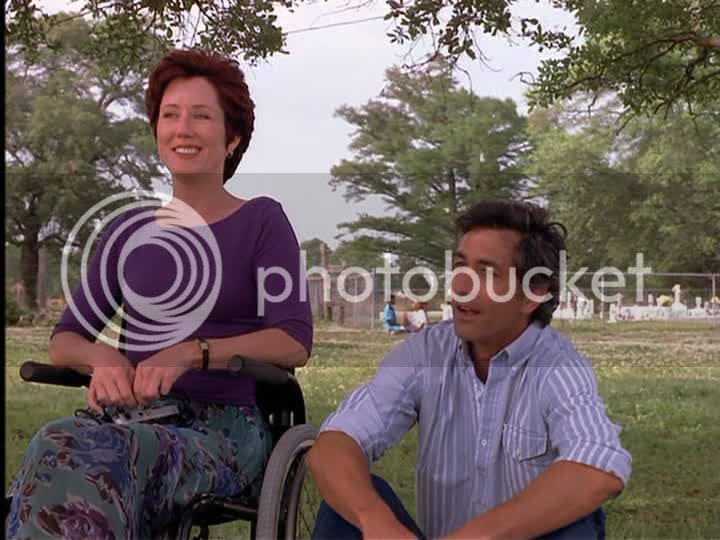 May Alice and Rene.

There are two reasons we didn't heart this movie as much as Sayles' other work. First, he has a tendency to be really, really strong on the fast-paced, spare storytelling style - when the Black Sox are setting up their paydays, when Alaskans bemoan their self-inflicted purgatory - and, in Passion Fish, he gets bogged down with the whole cycle of self-pity/self-healing. Given that the restorative properties of soulful, rural areas is already well-established in cinema, a lot of this could have been sped up. (Though having Mary McDonnell use the Yank accent for moments of self-pity, and the drawling Louisiana one for moments of clarity and equanimity was a nice touch.) Second, we were disappointed that he didn't push some of the envelopes further. For example, mixed ethnicities are an integral characteristic of modern Creole and Cajun cultures, so it was a let-down to see the two couples pair off along racial lines. (By the way, did you know that David Strathairn is of mixed heritage? Pacific Islander and Scottish. Yeah.) 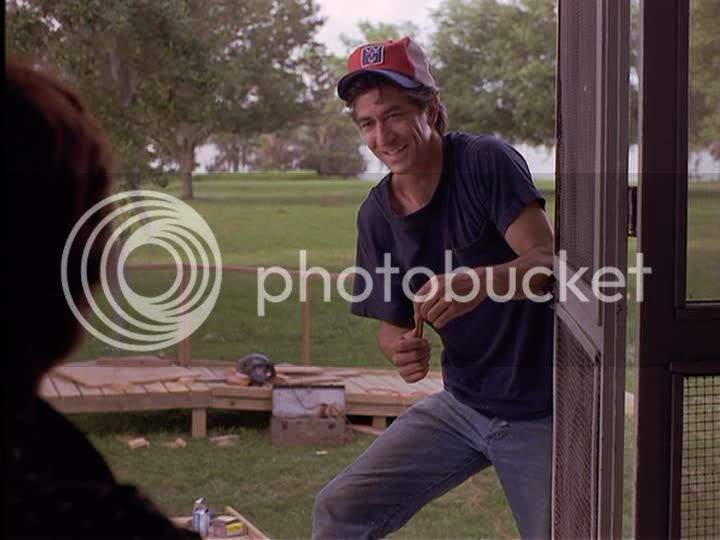 Gratuitous David Strathairn shot. Yes, he pwns this blog these days. Deal with it!

But don't let these mild criticisms deter you. This is still another strong entry by our current favorite director. Can we call him an auteur? Or, perhaps a more urgent question: why is there no John Sayles Box Set?! Why is it not in our hot little hands!?! Right now?!!?!

Posted by a ppcc representative at 15:47