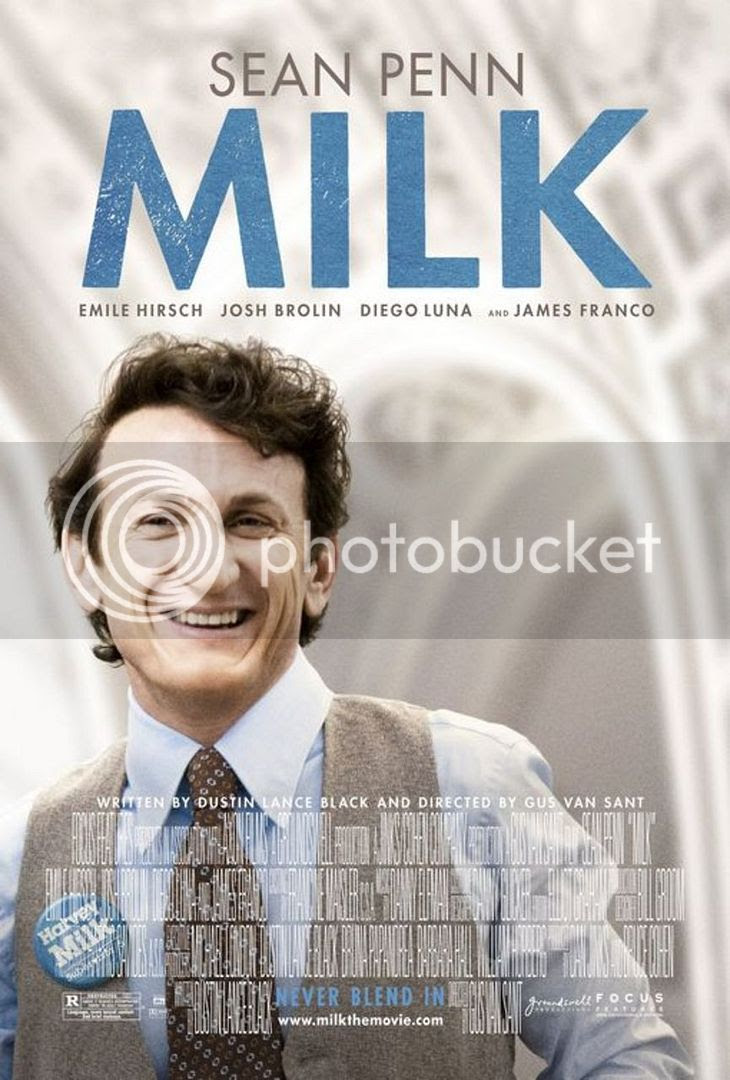 (Disclaimer: So it's been like donkey's years since the PPCC updated, and this is because life had us in its sweaty, meaty hold. Which is a good and bad thing, 'cuz creative endeavors, such as movie reviewing, are so good for the soul, na? But life is also important too, other-na? What to do! Anyway, we're back for today!)

One of the PPCC's Alternative Life Plans includes becoming mayor of some progressive, fun, thriving town such as Berkeley, New York, or Pittsburgh. You know. A place that has post-industrial art renaissances and such. And to be at the nexus of it all! Making decisions! Taking action! The throbbing inner workings of City Hall, the immediacy and passion of local politics, the feeling of being an active member of your community. And one of the deeply satisfying things about the already very satisfying - actually, basically perfect - Gus Van Sant film, Milk, is that it pays its proper respects to City Hall horse trading and regular old politicking/civic action. When Harvey Milk (Sean Penn; brilliant) stands in the back hallways making compromises and strategies with his fellow San Francisco City Supervisors, we plain glowed from the joy of it. And you can sense that Harvey's glowing from it too. When he organizes Pride marches, when he strategizes with his team, when he celebrates his political victories and mourns his losses... it's just fun.

Of course, that's what makes this film exhibit such deeply-felt highs and lows: this modern myth-making of a man who made an impact, and then had everything tragically cut short. For those that don't know, the story of Harvey Milk is a sad, strange, inspirational piece of American political-social history. In 1978, he was the first openly LGBT elected official in America, becoming City Supervisor of the hip and happening Castro District, San Francisco. After less than a year in office, Milk was murdered by fellow City Supervisor, Dan White. White's lawyers managed to get White a conviction of manslaughter using the much-derided "Twinkie defense" (short version: the junk food made him do it). And Milk meanwhile lived on as an icon of the LGBT movement, and an icon of San Francisco.

Sean Penn's performance really makes the film: Milk is warm, funny, a little neurotic, snarky, intelligent and joyful. Even though he works for a struggling cause - this was an America where leading an openly gay life carried significant threats, where gay men and women were unable to get jobs or homes, and where homosexuality was regularly conflated with bestiality or pedophilia - even in this place of oppression, and even coming from a life of challenges and pain (when Harvey, for example, describes his past relationships, it's heartbreaking), Harvey is all action and all optimism. The film leaps forward with him, its narrative arc coming fast and clear. Even the relatively obscure or esoteric niches of the political scene are illuminated efficiently and cleanly, so that you get a good sense of the world that Milk lived in: both politically and personally. His loves - from the mellow, reliable Scott (James Franco), to the volatile and dependent Jack (Diego Luna) - are likewise painted in efficient but broad brush strokes.

And then director Van Sant does that particularly Gus Van Santy thing of slowing everything down, bringing the impressionistic canvas a little closer, so that you notice the evocative, beautiful, pastel details. Scenes like Will Hunting's contemplative rides on the Red Line up from Southie to MIT. Or the rambling rural highways in My Own Private Idaho, or basically all of the elusive and powerful Elephant. The Very Van Santy moment in Milk comes during the early dawn hours on the day of Milk's murder. We see both Milk and Dan White, at home, taking highly vulnerable, personal moments. It's a classic highly detailed, pre-climax, warriors preparing for battle scene: like the lingering shots of Hector putting on his shin guards before fighting Achilles, we watch as Milk and Dan White experience the last normal morning of their lives. It's surprisingly tender that White's character is given this treatment as well - indeed, he begins to resemble Judas; someone you both fear and pity. Or maybe that's just because Josh Brolin is a wonderful actor. Either way, it's powerful, and it's sad, and we basically didn't stop crying until the movie credits had wound their way down.

It's THAT GOOD. Definitely deserving modern classic status; highly recommended.
Posted by a ppcc representative at 16:17