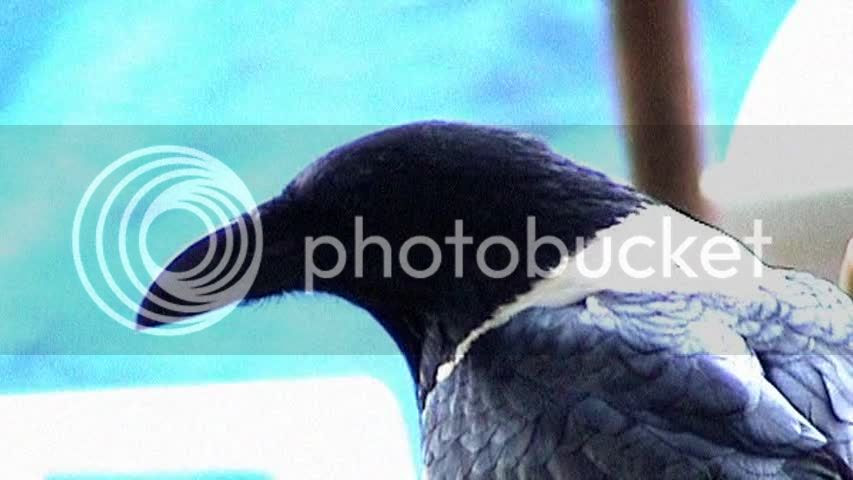 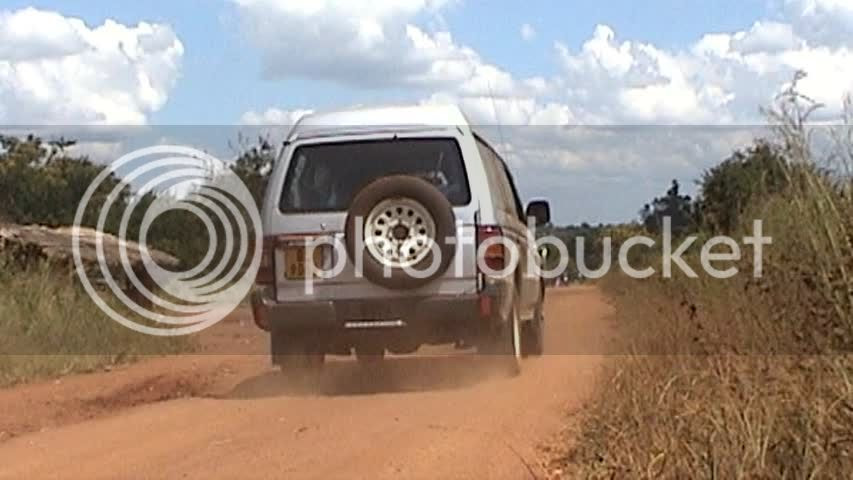 There aren't many films made about international development work, even though it's a field ripe for beautiful things to look at and complex things to think about. Sure, there's the relatively meager sub-subgenre of Troubled Diplomat (see A Constant Gardener), the somewhat more entertaining Conflict Journalist films (The Killing Fields). And then, of course, there's the huge Hollywood narrative about Africa - usually depicted as a place full of conflict diamonds, sprawling, Dickensian slums, and lots and lots of Djimon Hounsou. 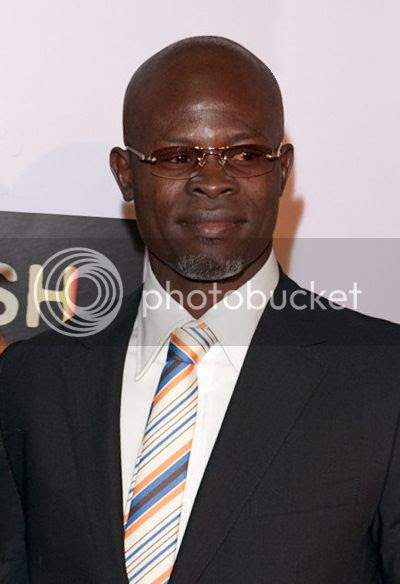 Oh, Djimon. We love you, you know we do. Also, you should have totally played Anakin Skywalker.
So what's nice about our friend Matt Collins's short/medium-ish film, Out, Out, is that it's one of the few films to tap into this rich, complicated landscape, peopled as it is by the idealistic and world-weary and very well-traveled, where billions of dollars churn hither and thither, and very big promises are made (if rarely kept). Matt zooms into one particular subset of the Development Set, and that is the young, 20something economists who (as Leo rightly noted once) grab their malaria pills and laptops and journey from their Ivy/Oxbridge cocoons to "the field" - Lilongwe, Nairobi, Delhi.

There's an obvious disjoint that happens when you throw these relatively sheltered, relatively wealthy young people into a place like Lilongwe - where Out, Out is set. The constant power dynamics are subtle and powerful; they are hard, it seems, for these people to fully articulate or resist. In Out, Out, we follow a group of expats doing, at first, their usual expaty things. Going away parties, Land Rovers, weekend trips to beautiful resorts and anti-burglary bars on the windows. The characters are quickly sketched - the naive Mark (Andrew Stevenson), who has trouble tying his tie on his first day to work; the sleazy, shifty-eyed Peter (Matt Gordon), preparing to leave Lilongwe for his next assignment; the relatively upstanding couple, Alice (Cynthia Eldridge) and Jeff (Alex Pienkowski). 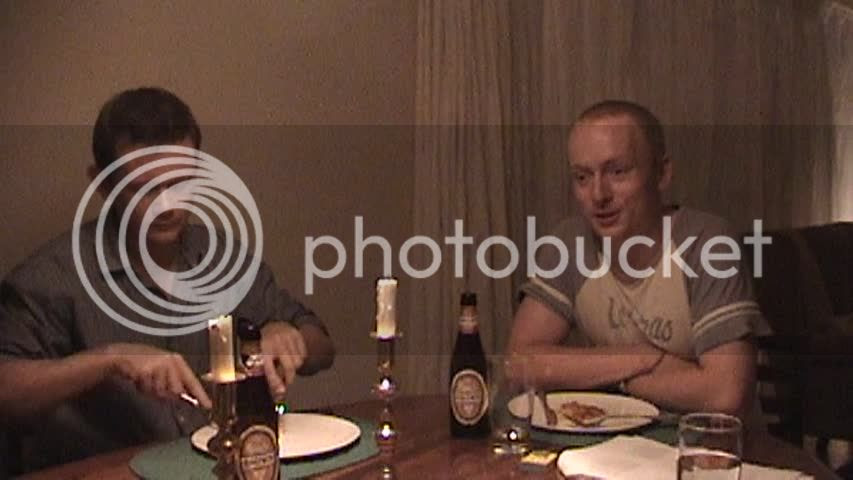 Peter (Matt Gordon) and Mark (Andrew Stevenson).
Underlying these benign expaty doings is a troubling, constantly compromising current: early in the film, Mark listens to two other expat development workers tell stories about car accidents in Malawi degenerating into mob violence. Already, the way these stories are presented is both strikingly realistic (a friend of the PPCC's was almost a victim of mob violence following a motorcycle accident in India last year) and strikingly removed. These are stories of manslaughter, poor infrastructure, corruption and opportunism. They are told with a sense of remove; a frightened spectatorship. These are "their" problems, and "we" just have to figure out how to stay safe and stay out of it.

Indeed, coming from a protective shell of privilege and well-functioning, paternalistic governments, the shock of facing daily inequality in such a stark way leaves these young people bewildered. The idea that expats should be complicit in this inequality - even actively complicit - is never really brought up (the post-colonial white man's burden of modern-day development work is not often questioned).

Anyway, following their short trip to a nearby resort, the group is - foreshadowed! - involved in a car accident-cum-manslaughter. Suddenly, all the theories dissolve: it's time to make real decisions. Do they stay and see to the victim, and risk becoming victims themselves of the soon-to-appear mob? Do they flee, abandoning the man and, it seems, basic decency? Do they report it to the police? Trust the police? Bribe the police? 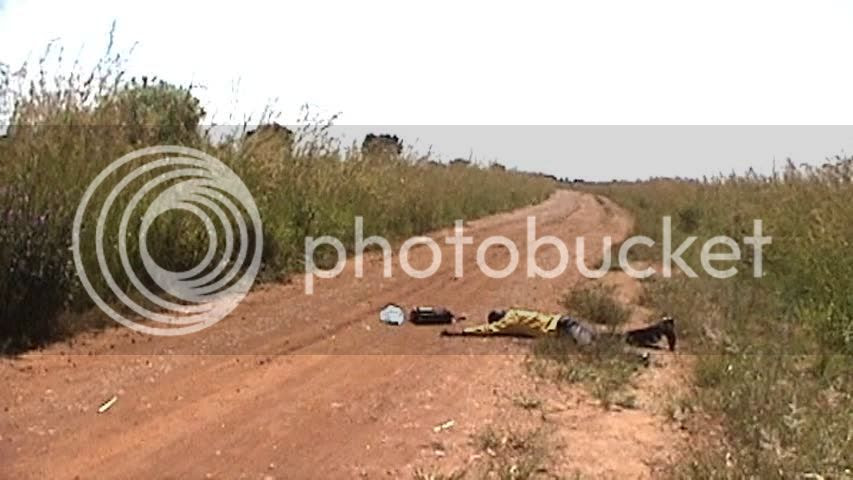 The best moments in Out, Out come when a Malawian detective, Ganda (Wavisanga Munyenyembe), arrives at the house to question the group - in particular, Ganda's exchanges with Mark are both illuminating and touching.

Following Ganda's arrival, harsh truths suddenly spill out fast in frantic, hushed conversations behind closed doors, and the group's tenuous sense of moral righteousness - or even friendship - fractures. Newcomer Mark is left to entertain Ganda while the others figure out their next move, and their exchange is brilliant.

GANDA: So, what do you think is wrong with Malawi?
MARK: A lot, I suppose. 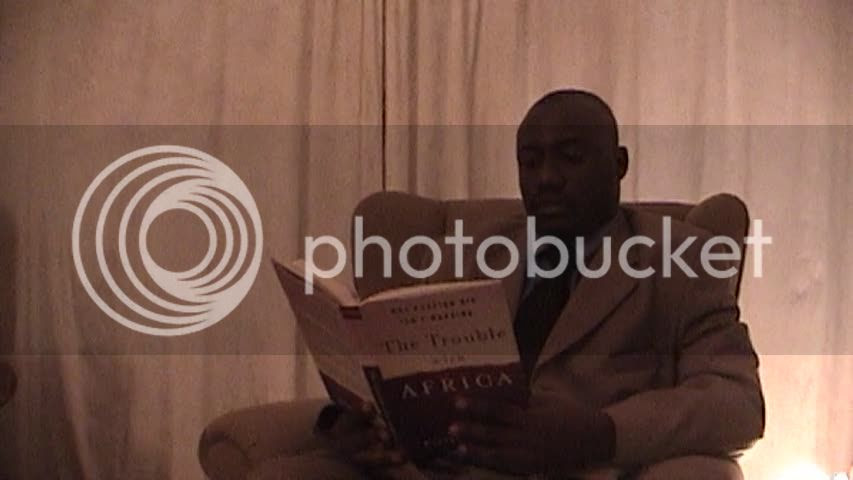 Oh, come on, Matt. So blunt!
Obviously shot on a shoestring budget, the film is rough around the edges (and most of the middle too). Establishing shots are rare, and we're often treated to tight close-ups of the actors. This creates a claustrophobic, disorienting feeling: where are we? Who's he looking at? This technique, along with the pacing and slow rise in tension, gives the film a Michael Haneke feel: you know, lots of meaningfully-held, silent shots of an empty road. Lots of dissembling. You're kind of always waiting for something horrible to happen (and it does).

The actors are all non-actors, mostly development workers playing filmier versions of themselves. Nonetheless, they do reasonably well. Things kind of fell apart in the PPCC's head at the end, when the plot really started taking Haneke turns, and we lost the string of what everyone's motives were (especially Ganda's). But the overall message resounded loud and clear; and it fell on the slight-damning end of the spectrum (damning for "us", that is).
Posted by a ppcc representative at 19:27

unfortunately i never watch this movie before,looks interesting
i'll watch it later.
thanks for sharing this info.