The PPCC is currently not tapped into the American indie film market, and ergo we are behind the curve where Juno is concerned. For several weeks, we had seen this Juno movie pop up in New York Times articles, already apparently having acquired the mythical status of the successful Trendy Indie movie. We had read part of the interview on the Guardian with the lead actress, Ellen Page.Overall, we were getting the vibe that Juno was this year's Garden State or Little Miss Sunshine.

And in a way, Juno is everything that that market - the trendy lefty American indie movie market - loves: a superficially provocative but not necessarily very difficult theme, lovely indie acoustic guitars, a suburban setting full of alternative-indie aesthetics, with zingy smart dialogue, teenagers and teenagerness, intellectual liberalness, and slightly ironic cinematography. Now, we'll come clean. The PPCC is a trendy lefty American, and so it pushed all our buttons. We laughed, we cried, we very much enjoyed Juno. It was hard to actually hunker down and write a slightly more objective, more analytical review. We were too close to the material. 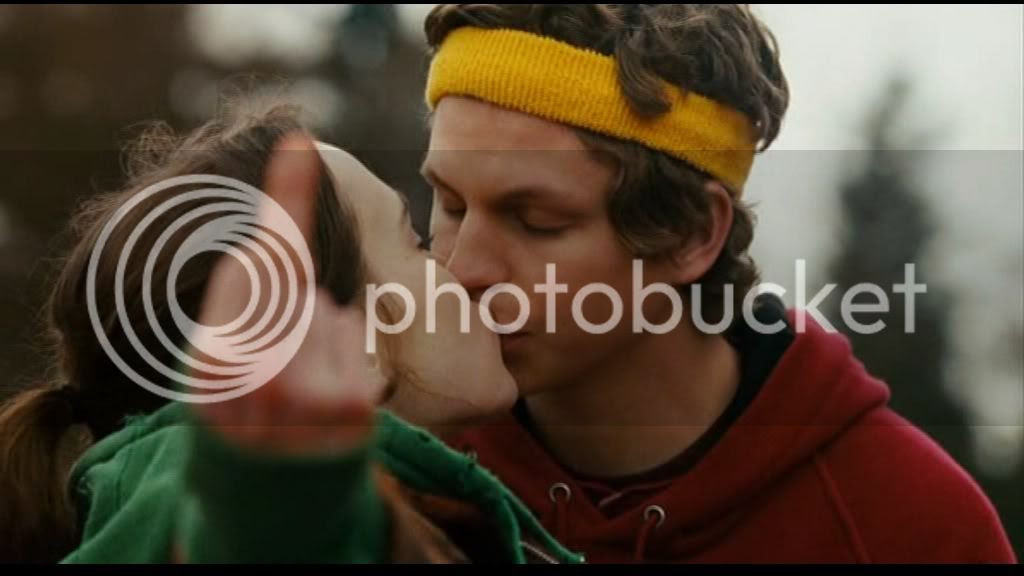 Sassy Juno and her boy Bleeker.

The plot: Juno (Ellen Page) is a wise-cracking tomboy. Seemingly wise beyond her years, one evening Juno decides to bed her long-time friend, Paulie Bleeker (Michael Cera), out of boredom. This unfortunately leads to a positive pregnancy test, and Juno is left in the bind of possible teenage motherhood. She goes to the abortion clinic, but, after a Christian pro-life friend yells after her, "Your baby has fingernails!" Juno can see and hear only fingernails in the clinic's waiting room, and she literally flees. She decides to keep the baby and give it up for adoption. After perusing through the Pennysaver magazine, she finds a perfect-seeming couple, Vanessa (Jennifer Garner) and Mark (Jason Bateman), who are desperate to adopt. Juno's parents, while shocked, are understanding and supportive. Everything is puttering along well, until Juno, who is developing something of a crush on Mark, is appalled to learn that Mark wants to leave Vanessa. Oh, the humanity! Thankfully Vanessa is still very keen to adopt, Mark bedamned. And meanwhile this heartbreak has woken Juno up to her real feelings for Bleeker: he is not a mere sex toy, but her best friend and, she now realizes, the love of her life. Bleeker is thrilled. The baby is born. Vanessa is thrilled. Juno and Bleeker put the pregnancy behind them and live happily ever after, strumming their guitars on suburban American lawns.

Obviously a film of this sort is highly politic. We've seen some desperate reviewers trying to avoid the political nature of it by saying things along the lines of, "Dammit, it's just a good film! Can't we just love a good film?" Ellen Page seems similarly reluctant to engage on the issue. This is endemic of much of the talk surrouding Juno - people have been over-charmed by Juno herself, by her wit, her uniqueness. And this is justifiable. One of the best aspects of the film is Juno herself and how she presents a new, teenage femininity. As Ellen Page has commented in her interviews, Juno gives young women a new role model; they no longer need to oscillate between the over-sexed bimbo or the unhappy Goth. There is a middle way! And they no longer need to hide their articulate, intellectual natures. You can be smart, sexual, empowered and hip! This aspect, the PPCC loved, mostly because we saw ourselves in Juno very much. However, as refreshing as the character is, we can't avoid the main point of the plot: teenage pregnancy. 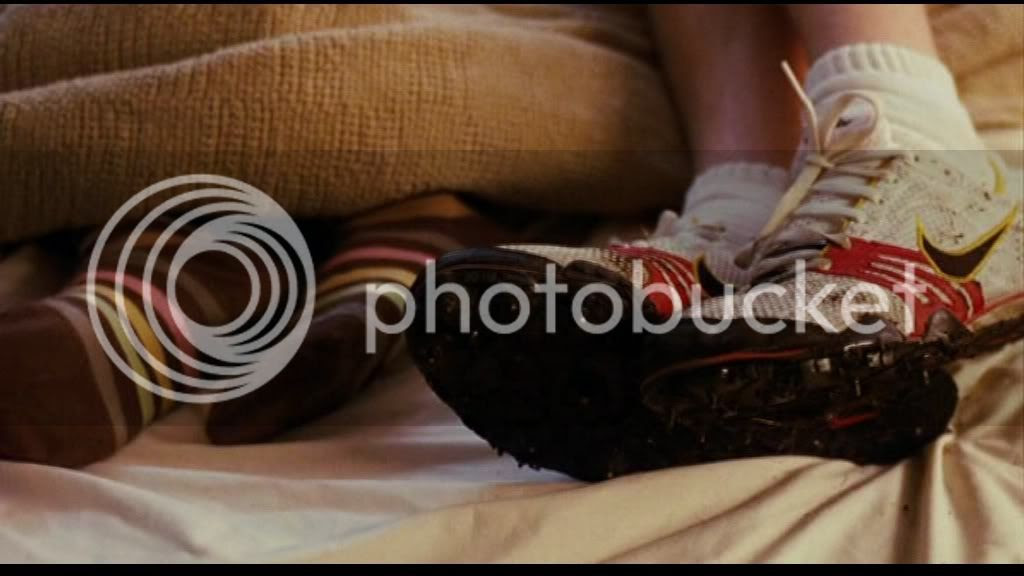 While Juno is not necessarily pro-life, as some reviewers claim, it seems the screenwriter - Diablo Cody - has the understandable attitude of finding abortion distasteful, but, in certain contexts, a necessary evil. However, it remains distasteful enough that Cody cops out of ever giving Juno any truly difficult decision where abortion might come into play. That is, there are two highly unrealistic assumptions in the film which essentially over-simplify Juno's problematic teenage pregnancy, making it no problem at all really: (1) that an intelligent, articulate, suburban middle class girl would have sex without protection - especially when the sex was her choice, entirely sober - is a bit hard to believe, and, more importantly, (2) that Juno finds a Representative Perfect Couple immediately to be the adoptive parents. That is, never is there the real threat that Juno may have to bring up this child on her own. The biggest problem comes when the Perfect Couple break up, but even then, Juno still has the Vanessa escape option: a rich, older woman desperate to raise a child. Overall, it's almost as if the film is saying that only society's disapproval and the physical pain of teenage pregnancy are problems, but teenage pregnancy itself is not necessarily wrong. This is certainly true; teenage pregnancy per se is not wrong. It is only all the accompanying problems that make it a problem: that having the baby would mean severely inconveniencing, if not stopping altogether, the teenage girl's education and career, that having an abortion would be morally difficult. Most teenage mothers are not white, middle class, educated elites like Juno. As the film tries to destroy cliches about teenage pregnancy, it destroys a lot of realism with it: hey, most often it is the poor girl in the ghetto who is pregnant, and it is rare that she has the luxury of finding adoptive parents so quickly and painlessly. Most of the time, parents are not instantly supportive. The father is not the cute, compassionate Michael Cera. 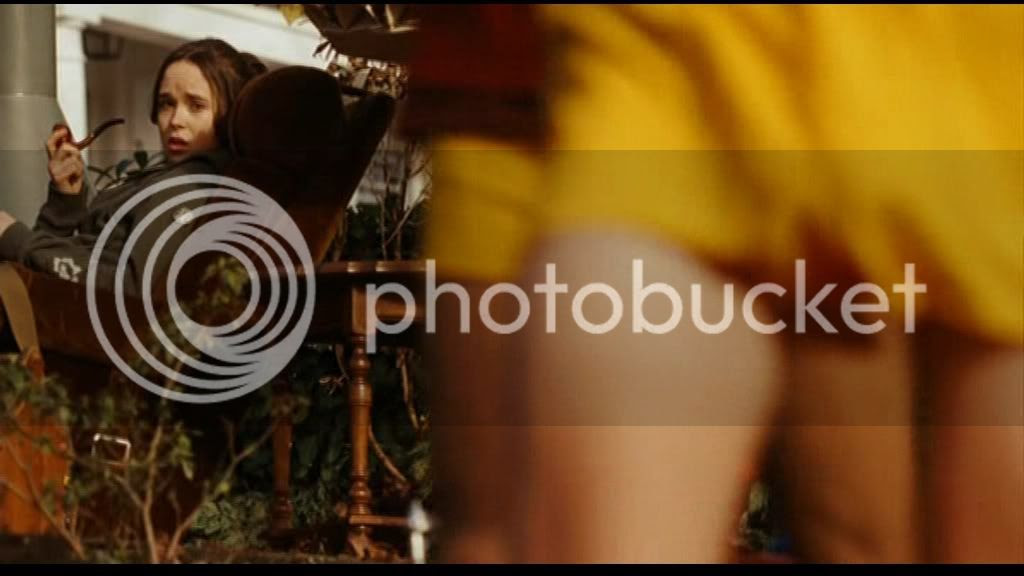 A great scene where Juno comments on how it's impossible not to objectify boys when they run around in loose gym shorts.

That is to say, Juno is not a brave film. It is not edgy. It is a safe fantasy told by an educated liberal for educated liberals. Statistically, things are never so easy. And while the film acknowledges the difficulties of teenage pregnancy (the abortion clinic scene, the fear that sometimes passes over Juno's face between her snarks), it quickly dismisses them in the favor of a facile solution. Things get a little hairy with Mark and Juno's relationship, but everything else just falls into place as planned (or, forgive the pun, unplanned... nyuk nyuk nyuk). 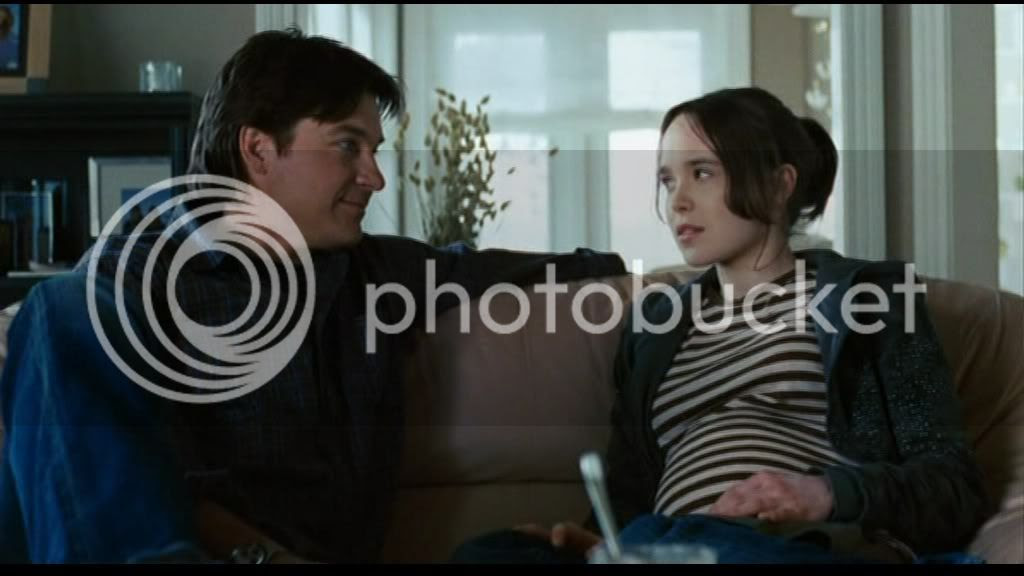 Yeah, we would have fallen for Jason Bateman too. Sah-weet.

Suffice to say, however, that the craft on display - the cinematography, the music, the acting - is all very good. The film looks good (read: trendy), and Ellen Page does carry a lot of emotion in her face, giving Juno much more depth than the script seems to provide her. The soundtrack - always a measure of these genre indie films' street cred - is decent though tending a bit more towards folk for the PPCC's liking. Tracks from Belle & Sebastian's Tigermilk are wisely selected, including the PPCC favorite, Expectations. Overall, the film seems smart enough that maybe there are yet more layers to investigate; like, why does the track team keep running past?

Posted by a ppcc representative at 14:36

It is v satisfying to have one's cup of tea fed to one with a spoon, is it not? I too felt my lefty intellectual-ish liberal self being very, very happy. And ooooheee Jason Bateman, how I lurve him so, especially for breaking out of that McMansion subdivision hideousness of a life. I had tears rolling down my cheeks when I saw this (both laughing and crying), and so many times I pinched my friends and said "It's funny 'cause it's true!" especially about Vanessa.

Re: the track team: I would love to know. And as a big fan of certain teen dramas, I was thrilled to see Canada's own bad boy from Degrassi: The Next Generation have a line or two, too. North American ironies, unite!

Oh, and those are very good points about how safe the movie is and how the major threat of being a teenage mother, alone, never really surfaced. And about the new model of teenage girlhood. Huzzah!

I think you drastically underestimate the likelihood of a teenager from any social class or level of intelligence having unprotected sex. It happens all the time.

And while I understand you're looking for reasons to be critical to fight your natural inclination to simply love the film, I think it's fair to point out that none of us would have enjoyed a movie about a poverty-stricken minority girl who gets pregnant and can't find any options besides having an abortion and sacrificing her education and future economic welfare.

Brian - Two years late, but I was just re-reading these comments and I feel compelled to correct: (1) I don't think I have any "natural inclination" to "love" this film. I think being manipulated by something - e.g. a credit card commercial - doesn't mean I love it. And Juno definitely manipulated me: laughter and tears, yes, but reluctantly given and not really appreciated. (2) I don't think there are any stories that are, by their nature, inherently unenjoyable. Even stories about low-income girls facing difficult decisions. Anything can be well-told; content doesn't limit a storyteller's skill or an audience's pleasure. Even "evil" or "morally incorrect" content can be presented in a way that's appreciated by audiences/critics - consider extreme drugs (Trainspotting), extreme violence (Old Boy), incest (Code 46; Sophocles!), a mother killing her kids (Euripides), complete genocide of humanity (Battlestar Galactica), or even - Heaven forfend - divorce (Kramer vs. Kramer). If anything, my moral admonishment of Juno is that it perpetuates a fantasy, and doesn't give credit where credit's due (i.e. to the people who DON'T have easy solutions at hand).

As far as boyfriends go, Paulie Bleeker is totally boss. He is the cheese to my macaroni. And, I know that people are supposed to fall in love before they reproduce, but… I guess normalcy isn’t really our style.