Not really a war movie, not really arthouse, Hell in the Pacific occupies that fertile middleground where chances are taken at the risk of alienating more conformist viewers. The presence of a World War II-era icon, Lee Marvin, no doubt attracted a fair share of American viewers keen on the next rousing war movie. What they got instead was something stark and stylized, a film with barely any dialogue, long uninterrupted scenes of the sun or a man thinking. This is a film for the patient, and - as with many tasks requiring patience! - you reap great rewards. 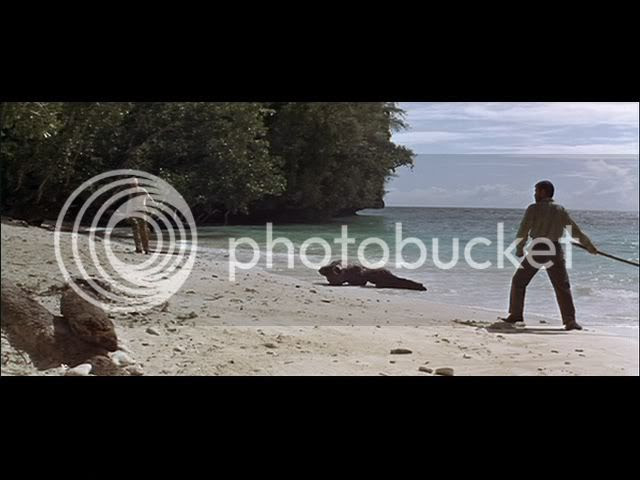 The plot is straightforward. Somewhere in the Pacific during World War II, an American soldier (Lee Marvin) and a Japanese soldier (Toshiro Mifune) end up stranded on an uninhabited island. At first, they continue the war on a man-to-man scale, but, as the harsh reality of their isolation sets in, they join forces in the fight for survival. 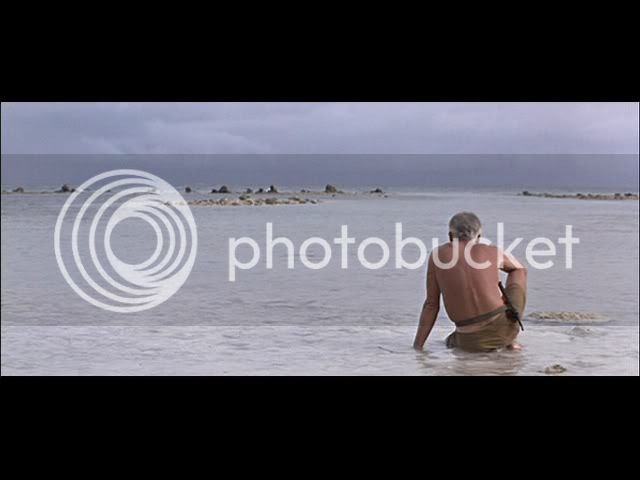 A film like this begs for interpretation, and it may be too early for anything too deep. An obvious moral of this fable seems to be man's unity against the elements, and the superficiality of ethnic distinctions. Mississippi Masala seemed to be making the same point: clinging too much to a nation or a culture can be ultimately destructive. Indeed, the final scene (there are two endings to the film, and the PPCC prefers the starker, more sudden one) is a pretty powerful remark: a painstaking process of building trust between two "enemies" comes crashing down when their intolerance and rage comes forward, when they retreat back into Me vs You mentality. The most poignant moments are when the companionship between the two men seems genuine and no longer only a need for survival. For example, there was something touching about Lee Marvin's surprised, "Oh, it's you! I thought you were a Jap." Without realizing it, he has called his new-found friend a slur. Without realizing it, he has forgotten that his friend is his enemy. All the early scenes on the island, when Marvin and Mifune's characters continue their war on the ground, demonstrate how senseless their behavior is: they are posturing for each other, continuing a war because they are expected to. We could not deny a certain warm fuzzy feeling when they began to treat each other as friends.

A movie like this also demands immediate comparison with the later Cast Away. In a way, the films are quite similar. They use the deserted island construct as a means of investigating more philosophical questions: man's place in the universe, for example. In both films, there is a pervasive feeling of loneliness and senselessness, it's all a bit existential. But Cast Away's Tom Hanks was alone except for his volleyball head friend, Wilson, and even Wilson was just an extension of the protagonist's self. In Hell in the Pacific, we have the more comforting - and more realistic - presentation of man faced with another man, where that other person may seem initially foreign and strange, and only with shared experiences can these differences be seen as superficial as they are. 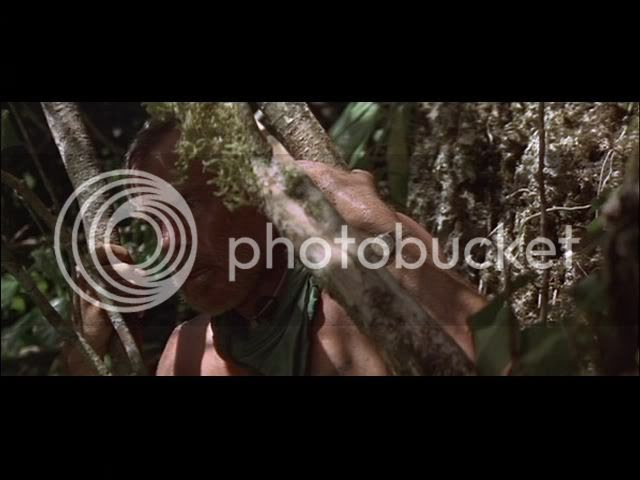 Man and the elements.

Both Lee Marvin and Toshiro Mifune are powerful screen presences. Mifune, in particular, was long ago dubbed by the PPCC as the Best Actor in the Universe. There's a certain ineffable quality about him - an enormous charisma coupled with an ability to appearing fundamentally different in each of his roles, even as he seems superficially the same. That is, there were no gimmicks, but there was a definite, deep-rooted difference in his essence in each role. We have trouble explaining it, but there's something about Toshiro san that we think is remarkable and unique. At least, he has an uncanny ability to project different emotions at the same time: only Toshiro, for example, can look both terrified and terrifying contemporaneously. 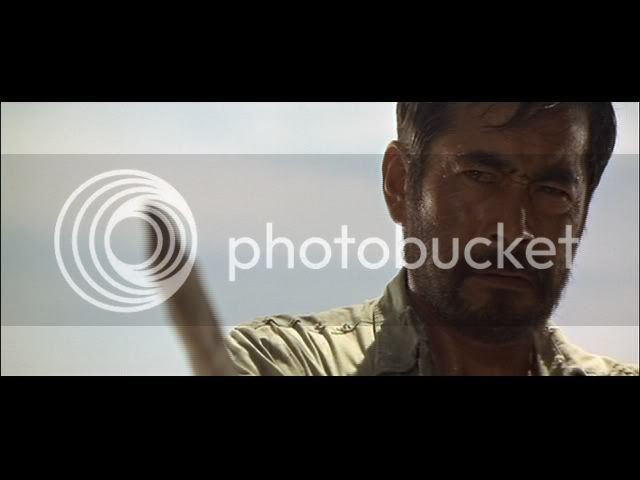 You can see the wheels turning. 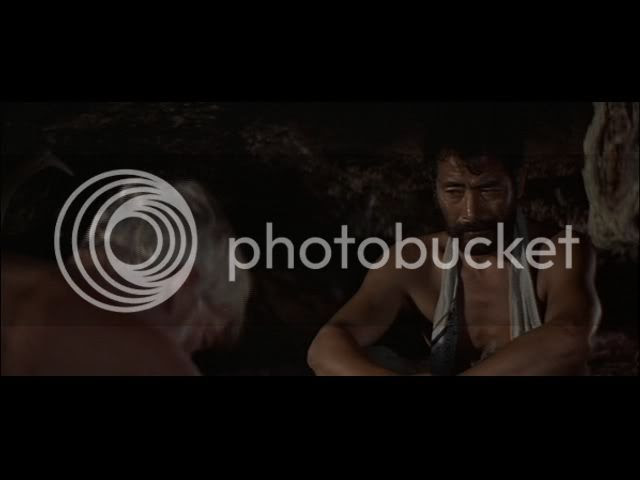 Also the ability to look defeated and archly skeptical at the same time. Awww man, we love you, Toshiro Mifune!

In terms of filmmaking, the contemplative shots of a lonely island are gorgeous. Similarly, the cinematography of the action (some does occur) is handled well, building up and releasing tension as the two characters alternatively are almost killed by each other and by the elements.

Posted by a ppcc representative at 20:22

I want to see this movie. Not only do I hear great things about it but I've actually been to the island where this was filmed. Great review :)