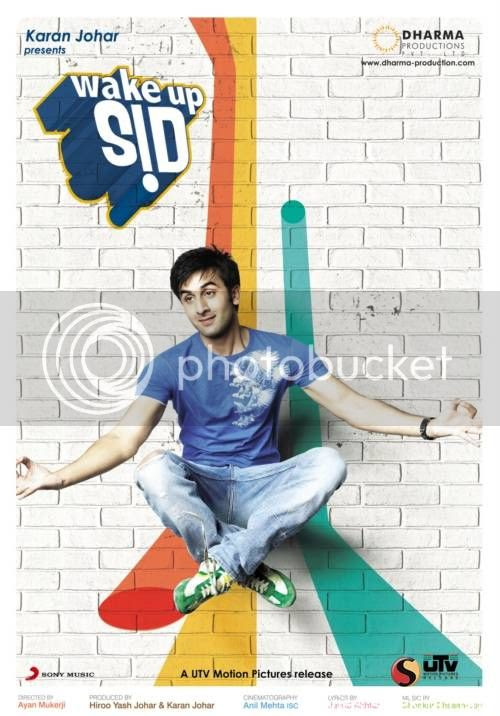 Another fun, slightly progressive mainstream fluff film from the Karan Johar people, Wake Up Sid was a lot better than the PPCC expected. The film follows the adventures of the slacker with a Peter Pan complex, Siddarth (a very good Ranbir Kapoor), who slowly - at times painfully - grows out of his video game wastrel ways to become a man with a plan. Dare we say, he becomes enlightened?! This growing up thing is seriously aided by the women in his life - in particular, his roommate, confidante and eventual love, Aisha (Konkona Sen Sharma). This film - which is so perfectly presented, plastic and shiny and be-bop trendy - is hence mildly radical: independent, smart women helping men-children grow up to do the laundry and clean the dishes! older woman and younger man living together in the big city, gasp! And so forth. We appreciated it. It's not a Great film, but it is a very well-made film with a nice heart.

But let's start with introductions. Sid's college exams are finished, and he and his friends have a night on the town, charged by freedom and funded by Dad's (an excellent Anupam Kher) credit card. Sid is, in effect, an innocently immature wastrel. He plays video games. He is forever dressed in a t-shirt and jeans (including Star Trek and Star Wars silk screens!). He stuffs himself with chocolates, beer and pizza. He is selfish, at times even petty. He's impatient with the house's servant, he yells back at his parents.

One day at a party, he and we meet Aisha. She is seven years older than Sid, freshly arrived from Calcutta to start her new life in Mumbai. Aisha is classy and go-get-'em, she reads Jhumpa Lahiri and likes the smell of books (us too!), and while she admits being "very scared" at the prospect of being alone in the big city, she's also willing to face the challenge. You go, girl! Anyway, Sid is lightly smitten, but it's mostly puppy love, and they become fast friends. The friendship cake is topped with some "I'll help you move into you fab new bachelorette pad!" icing, which then turns into a Friends-like sleepover after Sid - following a fight with the fam over his exam failure - runs away from home at intermission.

And indeed it's the post-intermission stuff which is the most rewarding, as we finally watch Sid bloom under the care of Aisha. What's even more interesting is that - apart from stern, loving Dad - there's narry a male role model in sight. Instead, this film is all about getting in charge of things and maturing, and maturity is equated almost exclusively with women. There's an interesting sequence in which a self-pitying, out of work Sid is scolded by a number of different women, eventually culminating in one of them taking pity on him and teaching him how to fry an egg. (Hey, baby steps.)

That said, for however unimportant it is to Sid's enlightenment, the Dad role is pitch perfect in this film - Amrita's already mentioned how unbelievably excellent and oddly moving Anupam Kher's performance is and, maybe because we were prepped for it, maybe because this whole film cut a little too close to the bone, but the PPCC basically cried every single time Anupam Kher said anything. We tell you - this man can be SO GOOD when the role requires it. Is this the same guy who ruined Beta with his shrieking slapstick? The same shrill buffoon from Lamhe? Unbelievably, yes. It's also the same Mr. Kher who wowed us from 1942: A Love Story, and it's much the same vibe: the loving, wounded, disappointed father figure.

Actually, the performances in this film were all pretty great: this is the first Ranbir Kapoor film we see and he was a very good, if not particularly memorable, performer. Konkona Sen Sharma is well-known as a Good Actress - what with her work in all the independent stuff - and indeed, whenever she's in something mainstream, you know it's going to a bit smarter than usual. The supporting cast was dependable and generally lovable. The music was mostly disappointingly dull (no dance numbers!), though the romantic qawwali-esque Iktara was pretty glorious.

If you liked Jaane Tu Ya Jaane Na, Dostana, or any of that new breed of over-perfect, open-minded fuzzy, urban and young stuff, this is another very likable addition. 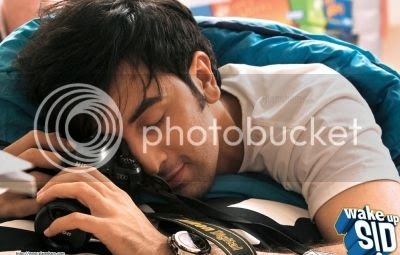 ...and a happy Diwali from the PPCC!

Posted by a ppcc representative at 06:46

You've captured everything I liked about the film. It was just so satisfying to see a man reforming and learning to be responsible for once! And Ranbir did something even more radical in his earlier film - he was the hero who APOLOGISED to several women!!! Huzzah for men who can apologise and do domestic chores. :-)

I don't know if I'd see this one - I really don't like the new over-perfect fuzzy-minded urban youth cinema. (Dostana aside... due to delicious John Abraham.)

I skipped it in the theatres for that reason alone and I think I made the right choice for me.

Hey ! I just saw a play with Shashi kapoor sitting beside me.

he's old but still smiles at the little jokes.:)