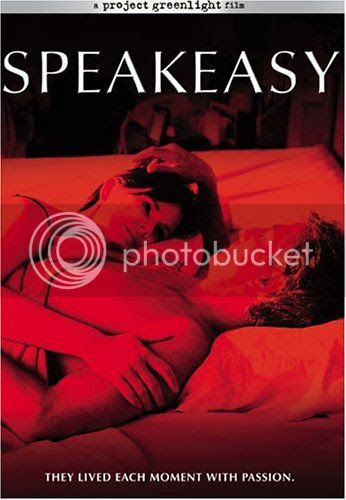 Failed magician Bruce (David Strathairn) lives a monotonous, suburban existence with his wife, Sophie (Stacy Edwards), and scrappy black labrador. One day, he gets in a minor traffic accident with Frank (Nicky Katt), a pawn shop owner, and they become friends. Sophie's father (Arthur Hiller) is deaf and Sophie doesn't like this - in fact, she's not on speaking terms with him. Frank's daughter (Gage Golightly) is also deaf, but Frank is OK with this. One day, a former classmate of Sophie's, now a successful psychiatrist, Dr. Addams (Christopher McDonald), starts flirting with Sophie and giving her informal therapy sessions at the local coffee shop.

The writing and direction, both by Brendan Murphy, crawl along with amateur aimlessness - the tone is indistinct, the point mysterious. At times, we sensed that it was going for an American Beauty-type vibe of quirky, semi-philosophical cynicism. But we really can't be too sure, since the music was so campy and the writing so full of lazy clichés. Some melodrama is weakly injected via Sophie's "therapy" - where she relates the various traumas of her youth, and Dr. Addams becomes a caricature of jealousy - but it's forced and inorganic.

Such a shame! That moody, red-lit poster deceived us - we had imagined all sorts of grimy, exciting storylines full of envelope-pushing, slightly surreal ideas. You know: David Strathairn is a unicorn hunter addicted to magical space glitter; his ladyfriend is only one incarnation of a hive mind. Music by The Mars Volta. Dystopian. SOMETHING LIKE THAT. ANYTHING. Not this unimaginative pap.

Posted by a ppcc representative at 17:05

I am totally with you. I haven't seen this movie, but damad! I want like it, because of the poster!

b! - I know, right. What a waste of the Strizzain.